Many tandems have a front bottom bracket that looks like this:

The front bottom bracket is mounted off-centre in an aluminum shell called "the eccentric." When the pinch bolts shown in the picture are loosened, the eccentric can rotate within the bottom bracket shell to tighten or loosen the tandem's timing chain (that joins the front and rear cranks). 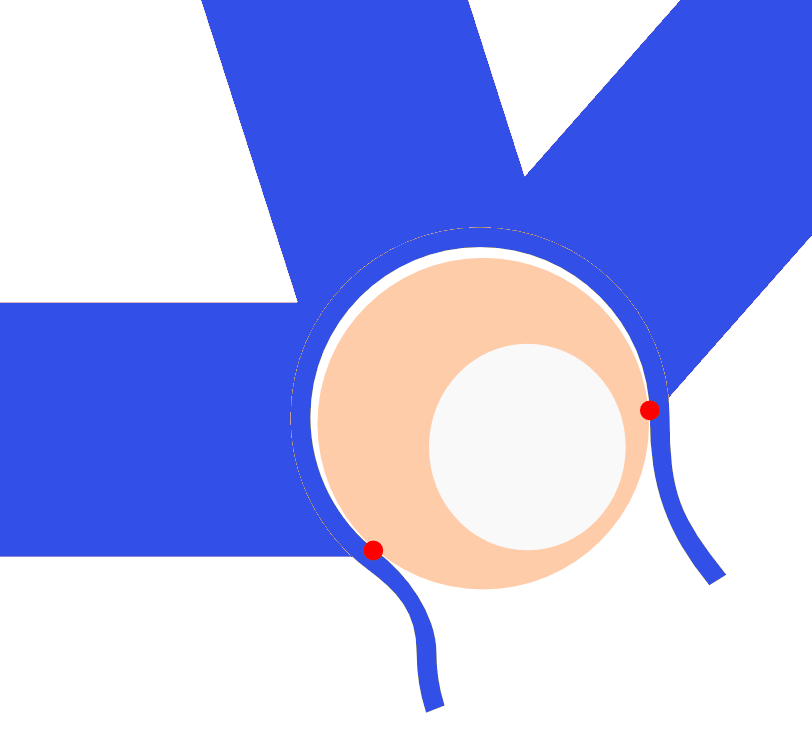 That means, even if both bolts brake (If one breaks, the sudden load increase could indeed cause the second one to break), most probably the bottom bracket tube wouldn't fully open, and the eccentric wouldn't pop out, because the said tubes would avoid it, or at least avoid it enough that the rider would notice the abnormal behaviour and safely stop the bike.

First off, in order for there to be any sort of a "crisis", both bolts would have to fail, an unlikely possibility on a reasonably well-maintained bike.

But, beyond that, the integrity of the frame doesn't depend on the BB shell resisting twisting loads. Rather, due to the "truss" nature of the standard bike frame (tandem or not), the load on the shell is almost totally "radial" -- force into or away from the shell. While this force would tend to "pry" the shell open, it's very unlikely to be substantial enough to cause catastrophic failure.

Not the answer you're looking for? Browse other questions tagged frames tandems or ask your own question.

11
Tandem position - front or back
2
Where Can I Find a Single Right Front Crank Arm for a Tandem?
4
Does anyone have experience with Bottom Bracket Tap/Facing sets?
2
Could paint build up on a bottom bracket be considered a warranty issue?
12
Name that frame! (Likely Japanese, likely made in 1986, with known serial number, likely a Bianchi)
2
Do I need to chase a thread before installing a bottom bracket on a new frame?
1
Shimano Hollowtech II bottom bracket: milling the frame necessary?
2
How can I replace an oversized Chater-Lea bottom bracket with cotterless cranks?
3
Bottom bracket damage work-around
5
How can I repair carbon damage near my bottom bracket?