The other day I locked my bike to a fence and upon my return about an hour later, I found the lock jammed. I am unable to insert my key fully into the keyhole. My friend suspects that while locking the bike, I might have removed the key too hastily, resulting in the lock pins being misaligned.

The lock is a Giant brand U-lock. The key goes in about half way and is unable to turn. I tried forcing the key to turn which resulted in me snapping the key (luckily, I have a spare). Any help in the matter is much appreciated.

I've had this same issue happen with my Masterlock, and generally remedy it with lots and lots of wiggling. It mostly happens to me in the winter when a bit of moisture gets in there, so I don't know if it's the same issue or not.

My method was to stick the key in as far as it would go, and then repeatedly try and wiggle it back to the most locked position, while moving the key back and for laterally (or whatever the perpendicular direction would be to whichever way it turns.) Just go back and forth a lot - sometimes it works quickly, but sometimes it takes ~15 minutes. Either way, that's always eventually worked for me.

It's possible you've jammed dirt into the cylinder inadvertently. I've done this before and nearly sheared the key off in the lock before realizing that it wasn't completely seated in the cylinder. Bang the crap out of the lock, and if you have anything slender enough to fit, see if you cant get it up in there and dislodge or scrape anything that might be impacted at the back of the cylinder. Don't be afraid of a bit of dry lube as well, as long as you use it sparingly. Otherwise, cut it off and go to your Giant dealer to try to get it warrantied. Stealing your own bike will be fun- it's quite the social experiment to observe how little people care and/or are willing to get involved.

It happens every once in a while, and I am not sure it is anything you did, just the design of the lock. Shoot some WD-40 or something up in there and just wiggle the key around in there, that has helped me in the past.

If that doesn't work, take it to a bike shop and have them chop it and buy a new one. If it is locked to something that makes it so you can't take it somewhere, a hydraulic car jack can be placed inside of it and pop it open.

So I just had this happen to me, though it was a Masterlock brand U lock. The key inserted fully but wouldn’t turn all the way to allow me to open it.

I had just finished a few hours of exhausting bicycle delivery, and it was returning to my bike in the dark after my last delivery that I discovered I couldn’t unlock it. I read a few forums, including this one, and resigned to go home after jimmy-ing the lock for 20 mins.

The next day, I returned with WD-40, a power saw, extension power cable, and a regular saw for good measure - never used any of these tools but they were at my apartment.

By sheer luck, the lock opened immediately, without any need to apply anything. Then I tried turning it again and realized it was stuck again. I don’t know how it opened the first time, but if it didn’t open, every attempt after that would’ve been stuck as well.

As you can see in the pictures, there’s some dumb plastic thing that goes around one side of the U insert (the side farther from the key). Don’t ask me what it does, but apparently the rather soft plastic got damaged, pushed around, and blocked the turning mechanism.

I spent another 30 minutes carving as much of it out as I could with a pocket knife and I hope this never happens again.

Just wanted to make this post in case it helps anyone out there. In this U lock mishap, there were no issues with the key parts. I guess I don’t even have an answer to how it managed to open the next day, but perhaps the next person with this problem to come across this post might find it slightly useful. If that is you, I wish you luck! 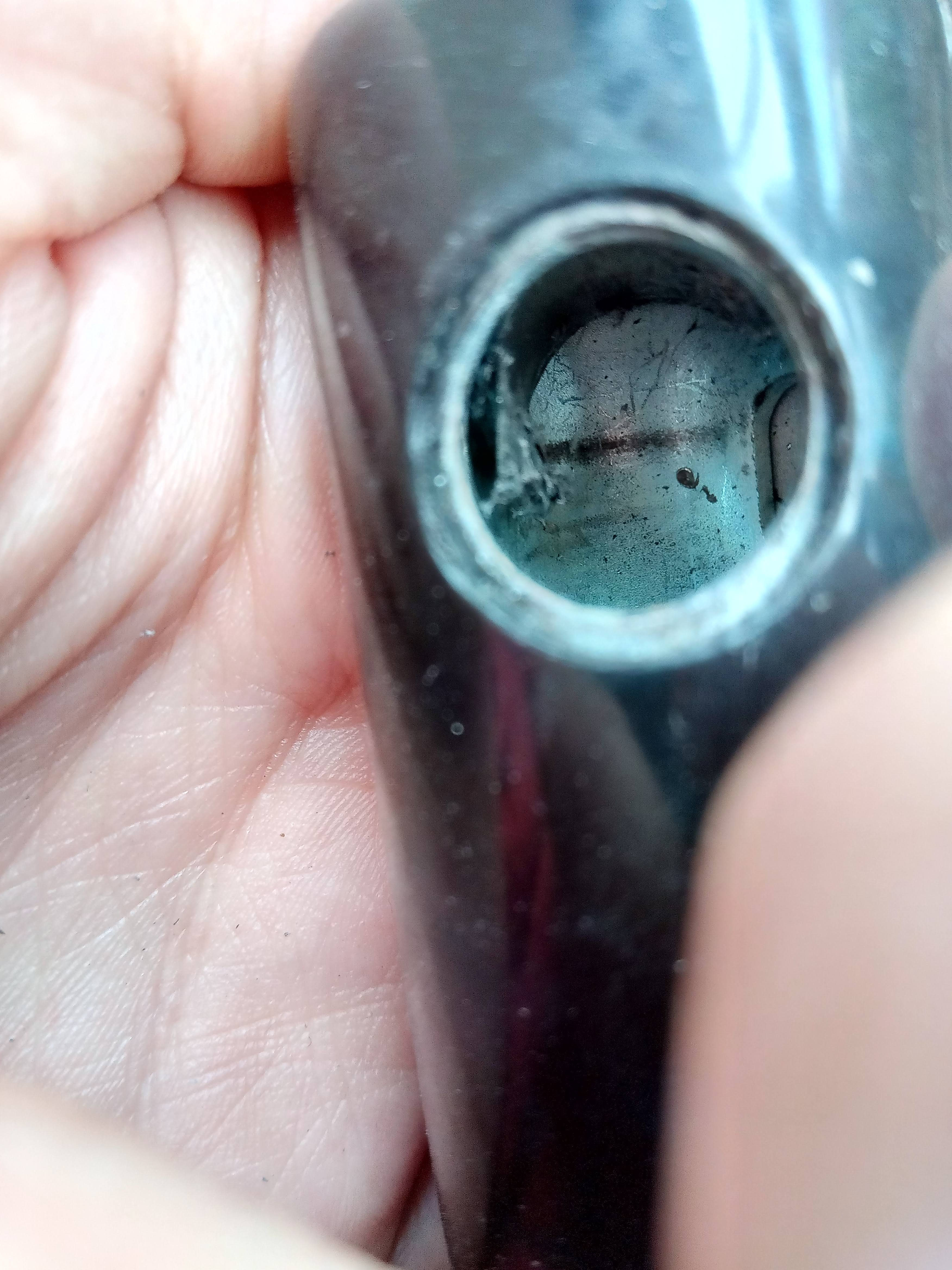 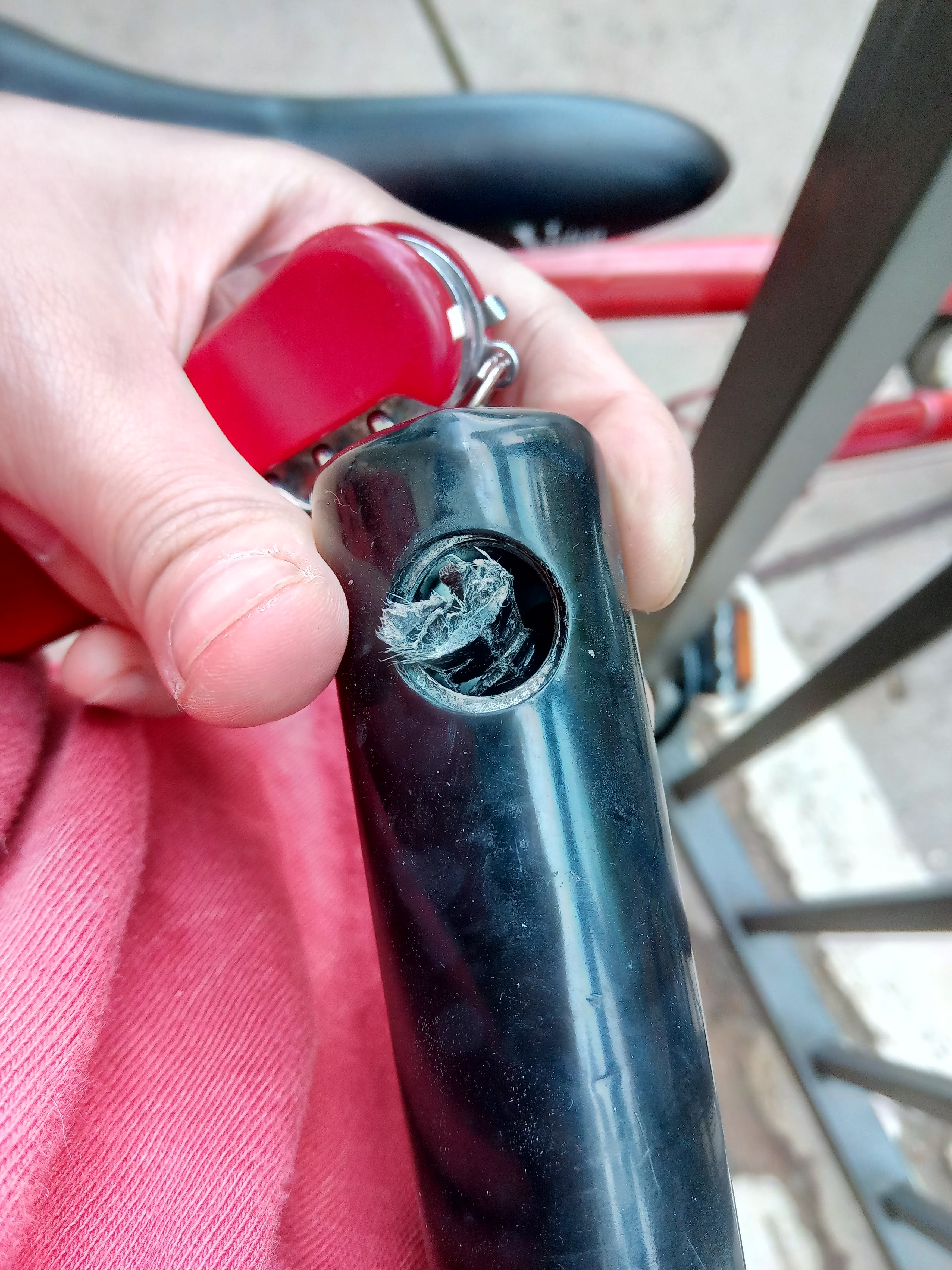 Not the answer you're looking for? Browse other questions tagged maintenance lock or ask your own question.

16
How to deal with lock that keeps jamming?
8
Onguard U-lock jammed

12
My key jammed in my U-lock. How can I unlock/break it?
8
Onguard U-lock jammed
1
Key Stuck in bike lock!
5
Removing key from kryptonite lock
1
Broken Key/Lock
4
Trouble with spiral folding bike lock - jammed
2
Frame lock that can lock without key inserted
3
Lock jammed on bike
5
Jammed lock (shackle stuck in crossbar)
4
Lock jammed - key will go in and out but cannot turn