Is it possible to repair a dent on an aluminium frame?

I have Centurion Cyclo Cross 4000 bike. Recently I got into an accident with a car door. As a result I have a significant dent on my frame(see the photos below).

I have two questions: 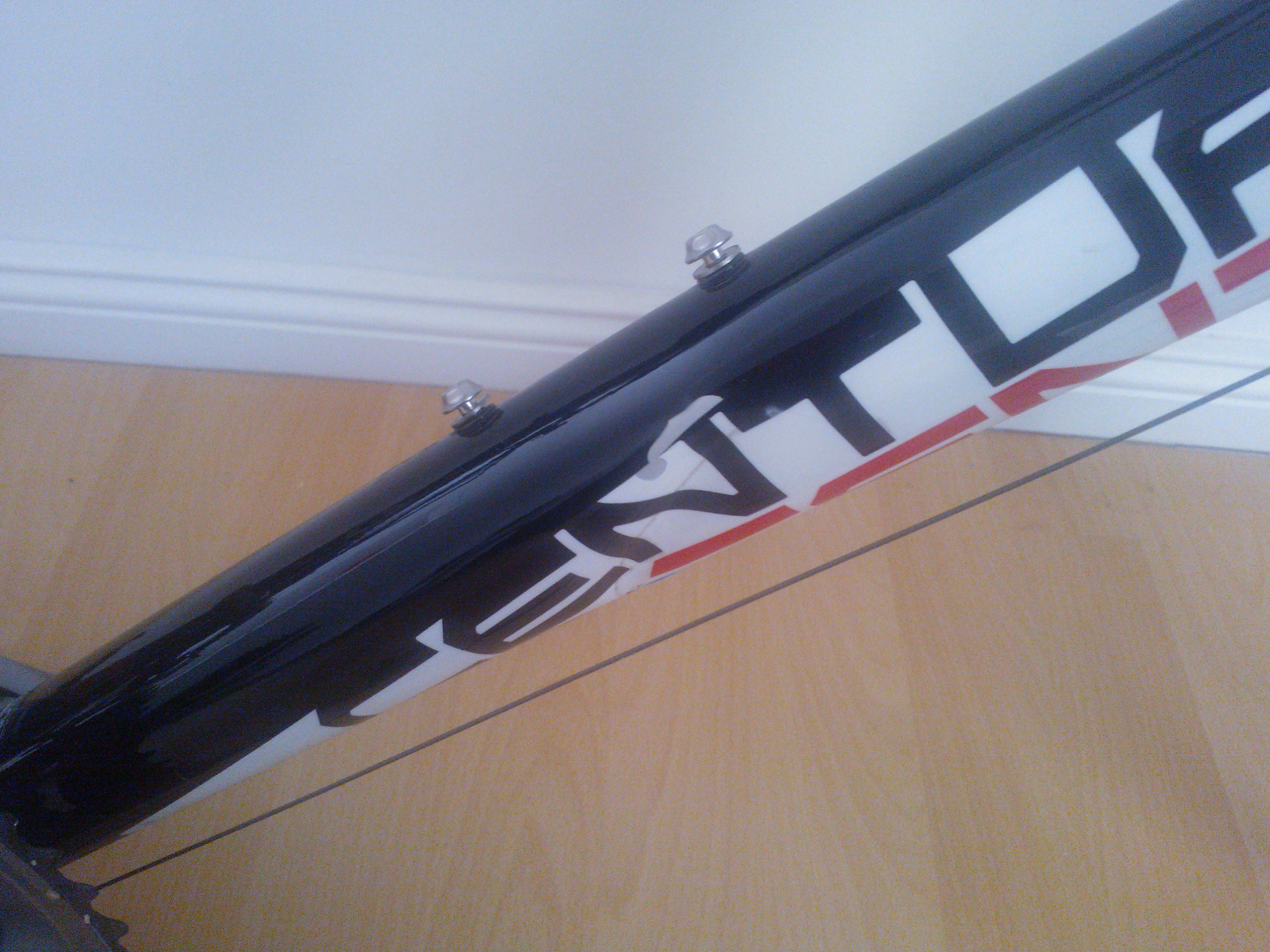 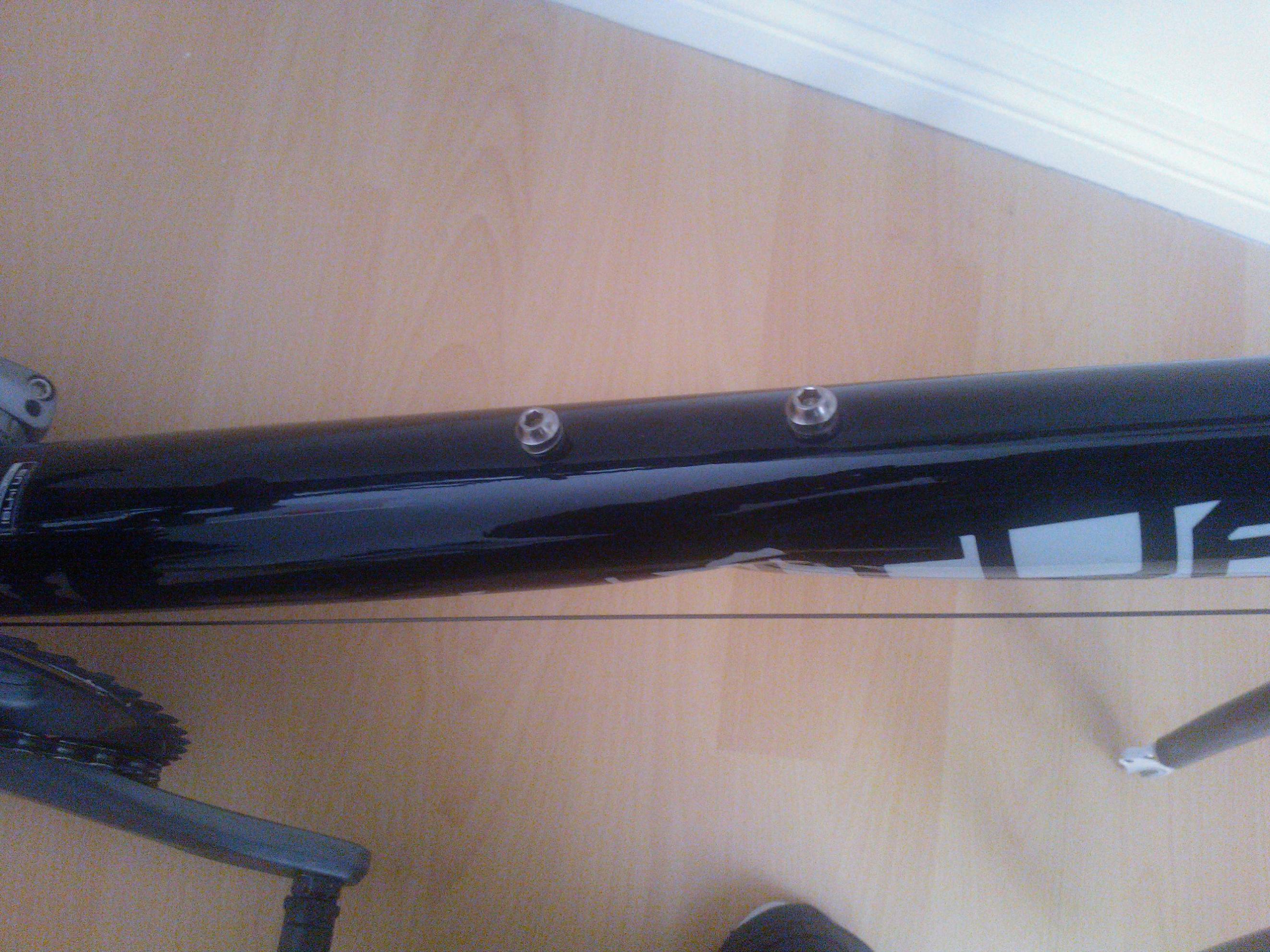 In the near term it's reasonably safe -- the dent is not sufficiently deep to seriously weaken the tube (though one does need to be concerned about the integrity of the welds on the rest of the bike, given it's been in an accident). In the far term (10s of thousands of miles) there's danger that the tube will fatigue and become weakened at the dent. (The thing to watch out for is growing cracks in the paint around the dent, or at frame joints, though some paints will hide cracks more than others.)

As to repair, about the only thing I can think of is to have an experienced frame builder cut out the section and weld in a new one, or fashion some sort of sleeve over the dent. But those solutions would also be subject to long-term fatigue issues.

Get an empty coke can with no dents or other disfigurements in it, place it upright on the ground, and stand on top of it. It should be able to bear the weight of most adults with normal body mass.

Now put a small dent in the can and try it again. But be careful because the small dent will introduce a weakness into the can and it will almost certainly buckle under your weight this time.

Obviously a bicycle frame is made from much thicker gauge aluminium than a coke can, but the same basic principles hold. A tube is an inherently strong structure, but only if it remains true. You put a dent into it, you put a region into the structure where stresses will concentrate and try to deform the tube further. In the short term, it should be fine, but I suspect the lifespan of the tube would now be measured in months rather than years, as aluminium is a softer metal than steel and is more prone to metal fatigue (alumimium always suffers from stresses that will begin fatigue damage no matter how small the load, according to wikipedia). You also have to consider that there may be other items of less obvious damage, such as small cracks opening up in welds that are small enough to remain hidden by the paint. Fatigue will set in at these points as well.

If you do keep riding on this frame then I'd suggest monitoring the crash damage region very closely. Also, don't go mountain biking on a frame in that state! Stick to the roads. And stick to quiet roads where you're unlikely to hit anything else and ones with no potholes, because another big impact or bump could make the frame fold up like a book at the dent.

As for repair, I suspect the only realistic option is to completely replace that tube. Given how difficult aluminium is to weld I expect the cost of doing that would approach the cost of an entire new frame anyway, and given the frame already has some miles on it and will have accumulated some wear and tear it will not have the life expectancy of a new frame.

I think realistically, your only option is to put that frame out to pasture.

Not the answer you're looking for? Browse other questions tagged repair frames accidents or ask your own question.

18
How many years an aluminium frame lasts in a touring bike?
1
MInor (I think) dent in top of Orbea Alma top tube - frame ok or no?

9
Older Carbon Bike Safety
2
repair scratches on surly frame
5
Repairing Carbon / Aluminum frame
18
How many years an aluminium frame lasts in a touring bike?
7
What's the strongest way to bond a cable stop to an aluminum frame?
3
Is it possible to repair a dent on frame?
5
Dent in titanium MTB frame, is the frame OK to ride?
3
Headtube dent, how safe is it?
5
Rusty chain and back cassette – Replace or repair?
2
Dent on aluminium frame?