Is it safe to ride with bent fork?

My bicycle went from this when I bought it: 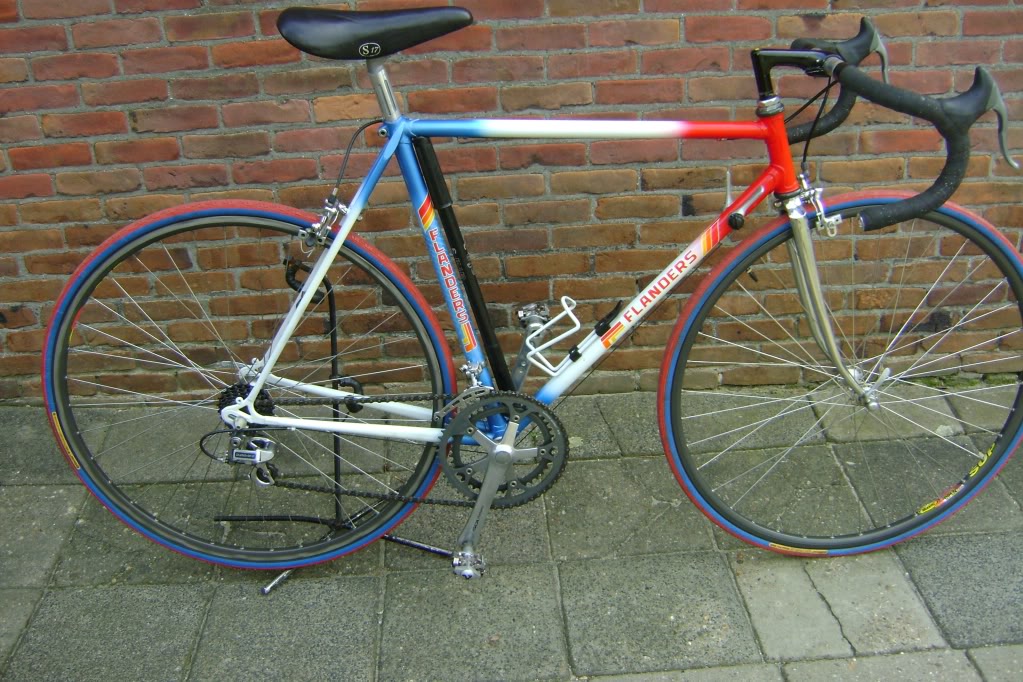 To this when I crashed (note the front fork bent where it attaches to the stem; front wheel almost touches the down tube): 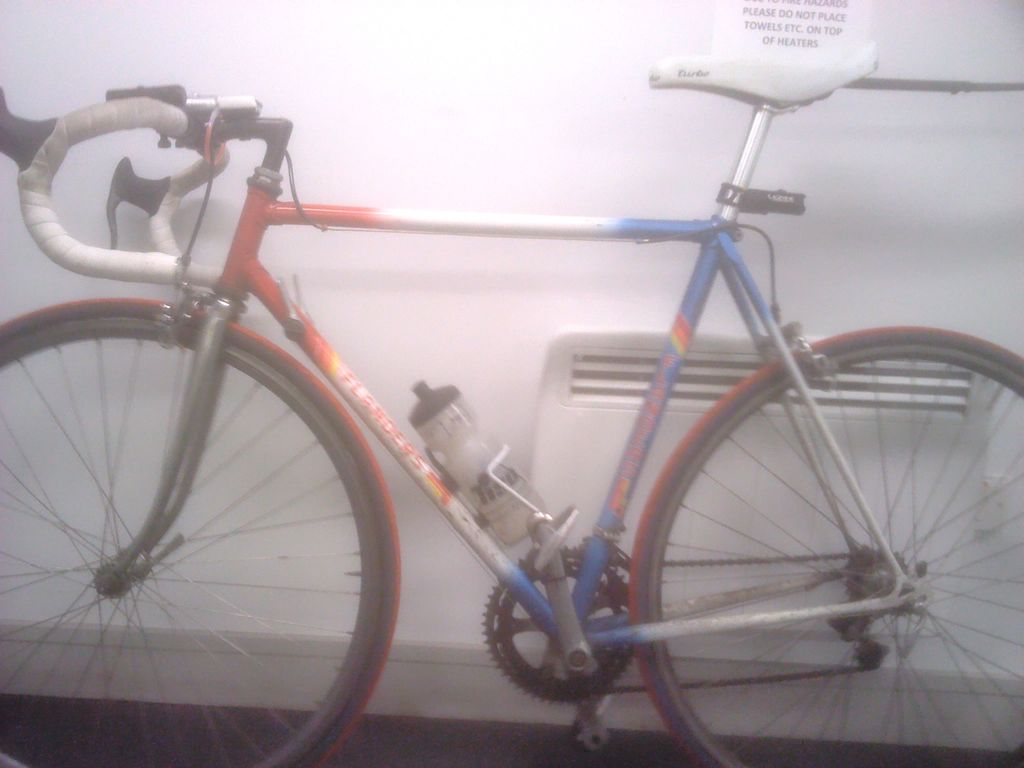 Update: Just looked at the frame and saw cracks in the paint on top tube and down tube.

besides the structural issues, looks like this crash has changed your bike geometry rake, head angle, tail, and wheel base. This will likely result in much more sensitivity to handlebar input.

If you can, I would advise against riding the bike, particularly on low traction surface since a small jerk can put it a handle-bar lock and you into an endo.

As others noted, the clearance from the down-tube is also cause for caution. The steel fork can likely be bent back, provided that there are no frame fractures and wheel damage (hard to imagine the wheel being perfect with forks bent).

otherwise, it doesn't seem likely that the steel bike would disintegrate as you're riding.

Well, that second image is a little too small to see what the bike's condition is, but I knew a guy back in the 70s (a fairly avid biker) who bent his fork rear-ending a parked car. (Yeah, he was a bit sheepish about that.) The fork was bent back to where the tire just barely cleared the down tube. He rode it like that for at least 4-5 months, probably doing 200 or more miles a week.

(Note: This was a steel bike -- if that wasn't obvious from the date.)

Clearly, handling will be affected -- that's for you to assess. And I wouldn't trust a bent fork with aluminum or composite components.

Good LBS can straighten steel fork, but it would be a good idea to replace it when you can.

But in your picture top tube also seems to be bent. If that is true than the frame has also been compromised which is much more serious problem.

I had a 80's 10 speed with a similarly bent fork. It was also akimbo to the right, but not so much you could see it with your eyes.

Handling was... interesting. It rode okay but hit any sort of a bump and the bike wanted to turn right into the traffic lane (we ride on the left.)

I only figured out the fork was misaligned when for some reason I held the front wheel nearest the downtube and the downtube in one hand, forcing them to be in-line. The front of the wheel was visibly pointing to the right by a couple of degrees.

Once we'd noticed that, other evidence was noticed. The bike's two tyre tracks were side-by-side when riding straight ahead.... the back tyre followed about half an inch to the left of the front tyre's track.

I'd seen paint cracking and frame rust about 1 inch astern of the head tube, on both the top tube and down tube. Once I dismounted the fork, the internal part of that showed a subtle bend as well.

After reassembly, the bike was much better to ride, and I got a peak speed of 48 km/h.

Not the answer you're looking for? Browse other questions tagged safety frames fork or ask your own question.

3
Trying to build a bike, confused about fork/headsets/compatability
3
Safe steerer spacers stack height
6
Steel Frame Creaks while Braking
5
Can this bent (after crash) rigid steel fork get repaired?
1
Bent fork, is it replaceable?
2
Replace bottom tubes of Marzocchi fork with rigid tubes?
1
Aluminum fork: paint defect or sign of strained?
2
Would It be fatally dangerous to ride with this dent [Pictures]?
1
How unsafe is it to ride a bike with this dent in aluminium top tube?