I know that suspension type(Horst-link, Four-bar etc.) affects how a full-suspension mountain bike handles, but you can often see these same types of suspension systems used with different shock placement. Some have a shock that sits under the top tube, while others have the shock mounted at the bottom of the seat tube. Does this placement affect the suspension characteristics as well, or is the shock just placed where it is for convenience? And if it does affect the suspension, what kind of characteristics does the different placements give? As you can see on the pictures, both bikes have a Horst-link, but the shock placement is different. 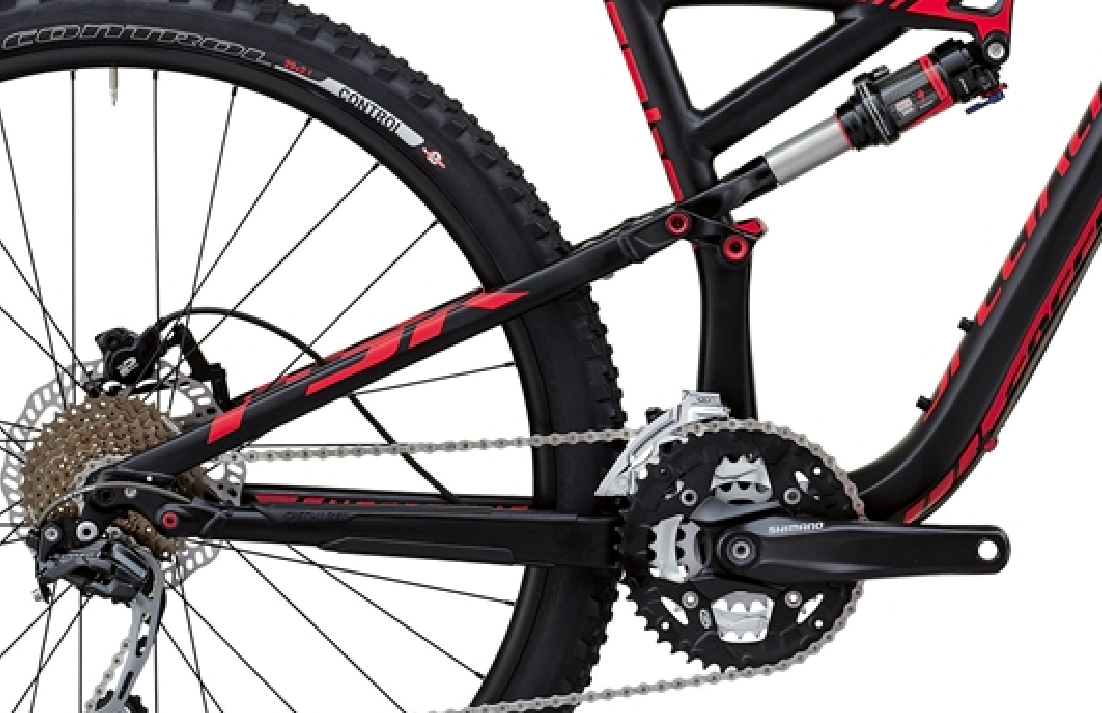 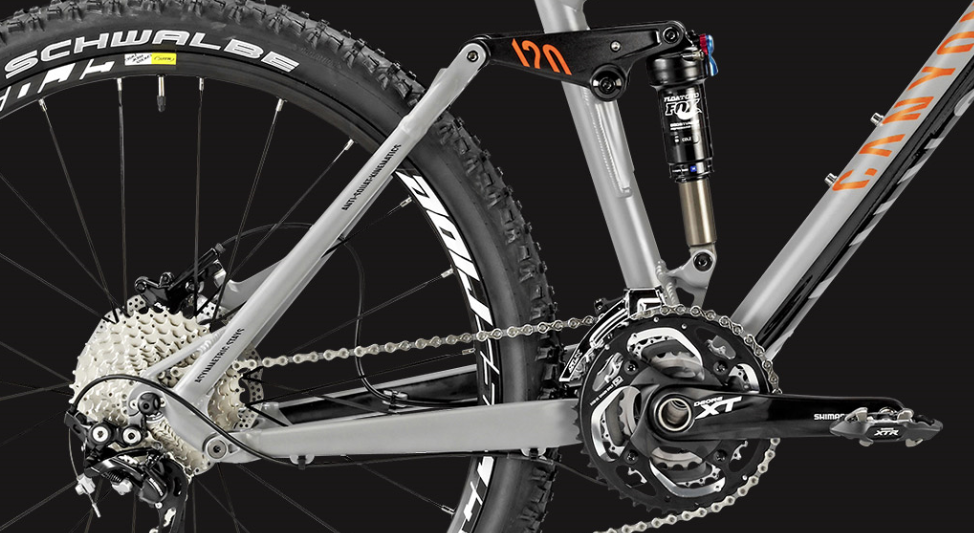 Yeah, the main issue is the geometry that determines the arc the wheel follows as it responds to upward force on the tire. Subtle changes in pivot points can affect that significantly.

Beyond that the spring force and damping force that the shock applies at each point in the wheel arc is obviously also important. And differences in shock placement are one way that a manufacturer would "tune" this.

There is also, of course, the physical stiffness and durability of the shock mounting scheme, and the simple fact that some schemes facilitate a good frame design better than others. And of course "coolness" and novelty of appearance are major criteria for the frame builder.

One critical factor that isn't visible in those photos is the precise location of the pivot at the front of the chain stays. That probably affects "bob" more than any other factor.

Basically, there are two abstract design parameters for a suspension system: trajectory of rear axle, and dynamic behavior (reaction force, damping) along this path.

Both of these parameters are simultaneously determined by the kynematic chain composed by the passive links AND the shock.

From single-pivot, suspension systems have evolved to 4-bar linkages (with wheel attached to one of the rocker bars), and more recently Virtual-Pivot-Point (VPP, where the whole rear triangle makes the coupler bar, allowing for potentially more elaborate trajectories).

Also, shocks have evolved from more simple and pre-set systems, to more non-linear, adaptive and multidimensionally adjustable systems. Some have up to five independent adjustments, as far as I know (Manitou Fifth Element, now discontinued).

I don't think it's possible to categorize the bike's behaviour by linkage type alone, since the same topological configuration can be parameterized in almost infinite ways, and also the shock response has a definitive role in overall behaviour. On the other hand, bikes designed for certain purposes tend to have similar designs across manufacturers.

From the photos you posted, I'd say the first one intended to have a shorter travel, with a lighter shock intended for relatively lightweight applications, and the second one most probably has a larger travel, a more robust and rigid shock, and is intended for heavier use, but maybe it's not like this, I'm not really sure.

The two bikes you posted have probably got different:

All the above factors play heavy role in the performance and feeling of the bike. Placement per se (assume on two completely same bikes) should only affect the weight distribution.

Not the answer you're looking for? Browse other questions tagged mountain-bike full-suspension or ask your own question.

5
What are the effects of different types of rear shock installation on full-suspension bikes?

1
How should I set up my rear shock (with ProPedal) to minimise bob when climbing?
1
Upgrade the rear shock on my bike?
2
What options do I have when replacing my fork's elastomers?
2
What are the differences in mountain bike hubs (With wheelset recommendation)?
5
What are the effects of different types of rear shock installation on full-suspension bikes?
4
How often should rear suspension frame linkages be serviced?
2
Rear Suspension Setup
0
Does shorter shock stroke limit rear travel better than higher shock pressure?
1
Rear Shock Size for Felt Virtue 1 2008