I have a single speed bike with a flip-flop hub and recently I decided to try out the fixed side. When testing it out in the car-park I was applying backpressure to brake and found sometimes the mechanism slipping. I tried and recreated it a few times but I could not tell whether it was something in the machine slipping or just the tire slipping on the ground.

Is it normal for the tire to slip on the ground a little bit? All I did was to loosen the bolts, flip the wheel over and swap chain, and tighten up the bolts again. Is there any way it's possible to do the conversion 'wrong' or have slipping in the crank/hub? I don't want to ride the bike on the road like this if it could be unsafe. 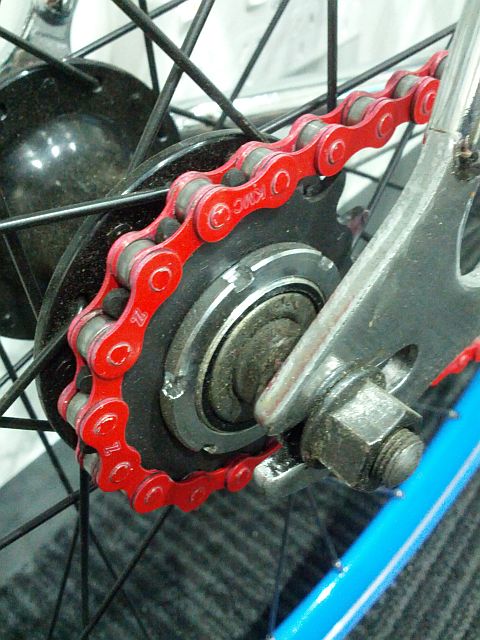 It is absolutely possible to skid the back wheel, but you really need to be deliberate about it to do it. In this case, however, it sounds like you were applying back pressure to slow down and noticed something surprising, so it was not likely to be the tire skidding. It was probably the cog slightly loosening.

If you're going to apply any back-pressure at all, you must have a properly installed lockring screwed on after the cog. A lockring is a small device that has a reversed thread, so that it prevents the cog from unscrewing when reverse pressure is applied. 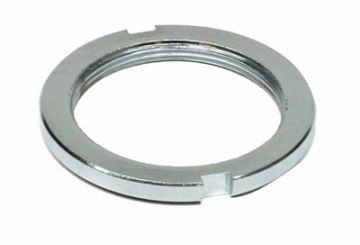 The best practice is to ride hard for a while without applying any backpressure to make sure the cog is seated tightly into its threads, then tighten the lockring to make it hard flat against the cog.

Track cyclists sometimes skip the lockring because they usually don't apply much backpressure, but if you're riding on the street and using the pedals to brake, you need a lockring and it needs to be tight.

Here's a youtube video. There are others. I don't agree with the video about using locktite (use grease instead).

The fixed gear mechanism is very simple - the cog is wound onto its thread so that when you pedal forward you are tightening the screw (as well as moving the bike forward).

The opposite is also true, when you apply backward pressure, you're not just stopping, you're trying to loosen the screw. Most often you won't budge the cog, but it is possible that a lot of backward pressure (e.g. slowing down or tricks like track stands) and without a way to inhibit the cog loosening, the cog will loosen (and indeed come off).

This is what I imagine is happening here. A loosening of the cog and lack of connection between your leg direction and the wheel's motion.

You did nothing wrong by just flipping the wheel and using the other side. The key is the lockring - this attaches to the hub but on a contra-thread, so you tighten it when the drive cog is tight, but backward pressure doesn't loosen it.

The issue is safety. I used to ride without a lockring, but after a few instances of the cog coming loose, I relented - it is certainly safer on the road and for the sake of a few dollars/points/local currency units, there's no real downside to a lockring (apart from being a little fiddly to remove, but you don't do that very often).

Not the answer you're looking for? Browse other questions tagged maintenance fixed-gear single-speed drivetrain-slipping or ask your own question.