I've got an FSA Gossamer pro MegaExo compact crank set. Lately, while tightening the bolts on the crank spider, it cracked (see picture). I know FSA has recalled the left crank because it turned out to crack for the same reason. Has anyone had the same problem with his right crank? Does FSA sell spare parts? 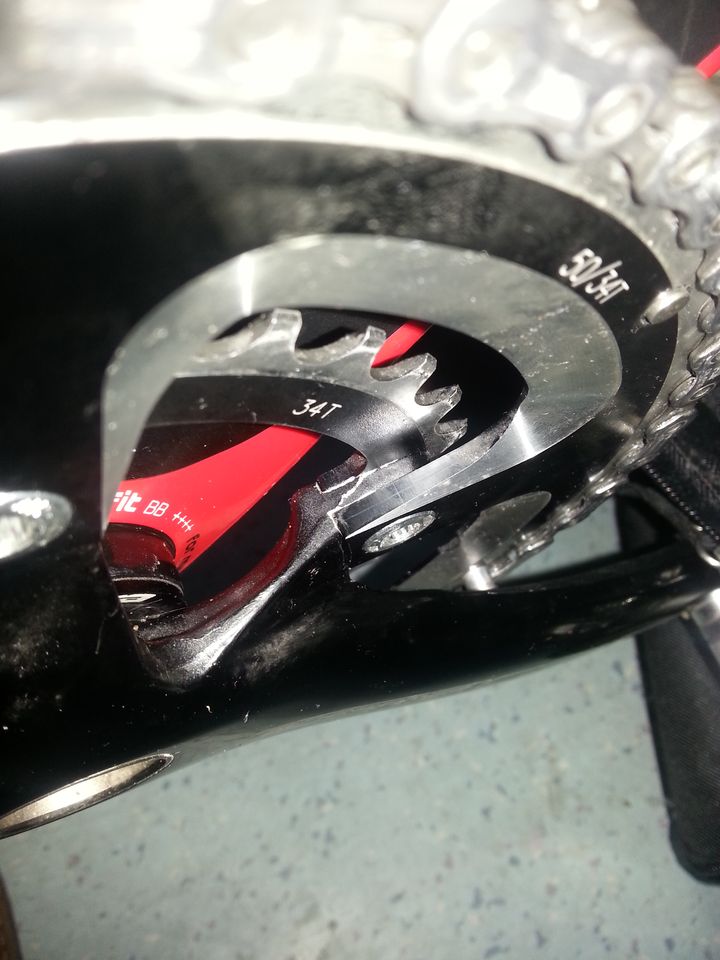 You're better off getting on the phone to FSA as opposed to asking your questions here. If it's a common problem they'll be the ones to know and they'll likely be eager to set it right.

I can tell you that I've had no such problems with my Gossamer cranks in many years of ownership. If I were to speculate I would say that that is a defect and if the cranks aren't ancient (which they don't appear to be given your BB style) the manufacturer may well cover it.

Windwave Distribution are the UK returns contact for FSA, among others. You could give them a call, i'm sure they could help: http://www.windwave.co.uk/index.html

Not the answer you're looking for? Browse other questions tagged crankset crack or ask your own question.

2
FSA GOSSAMER ROAD CRANKSET with BB7800?
3
Crank axle cracked on 1972 Centurion, looking for guidance on how to replace
4
Bottom bracket replacement advice needed for BBright BB386EVO
7
Cracked seat post
2
Spindle diameter on the FSA Gossamer TT MegaExo crankset
1
FSA Comet (CKM-7158T) crank removal problem. How to?
2
Is this cracked?
5
FSA Omega BB30 spindle comes out of drive-side crank
2
What is this crank and BB on this bike? And how do I take that sort of crank off?
10
Broken bottom bracket?