How often should I change my mountain SPD bikeshoe cleats?

I bought a pair of Shimano PDA600 SPD pedals along with a pair of cheap-ish Garneau Terra MTB shoes in early 2012.

I wear them for my daily commute (approx. 18 Km) and semi-regular long distance rides. I also walk on the street with them - to the office, pub, etc...not very far.

The cleats when new have right-angled edges, but now they have been "worn"/"smoothed" into more curved edges.

To use they "feel" a little bit loose, but sometimes they feel quite sticky (hard to remove my foot from the pedal), so I'm not sure.

On other pedals, I've changed cleats every few years, but I rode a lot less. 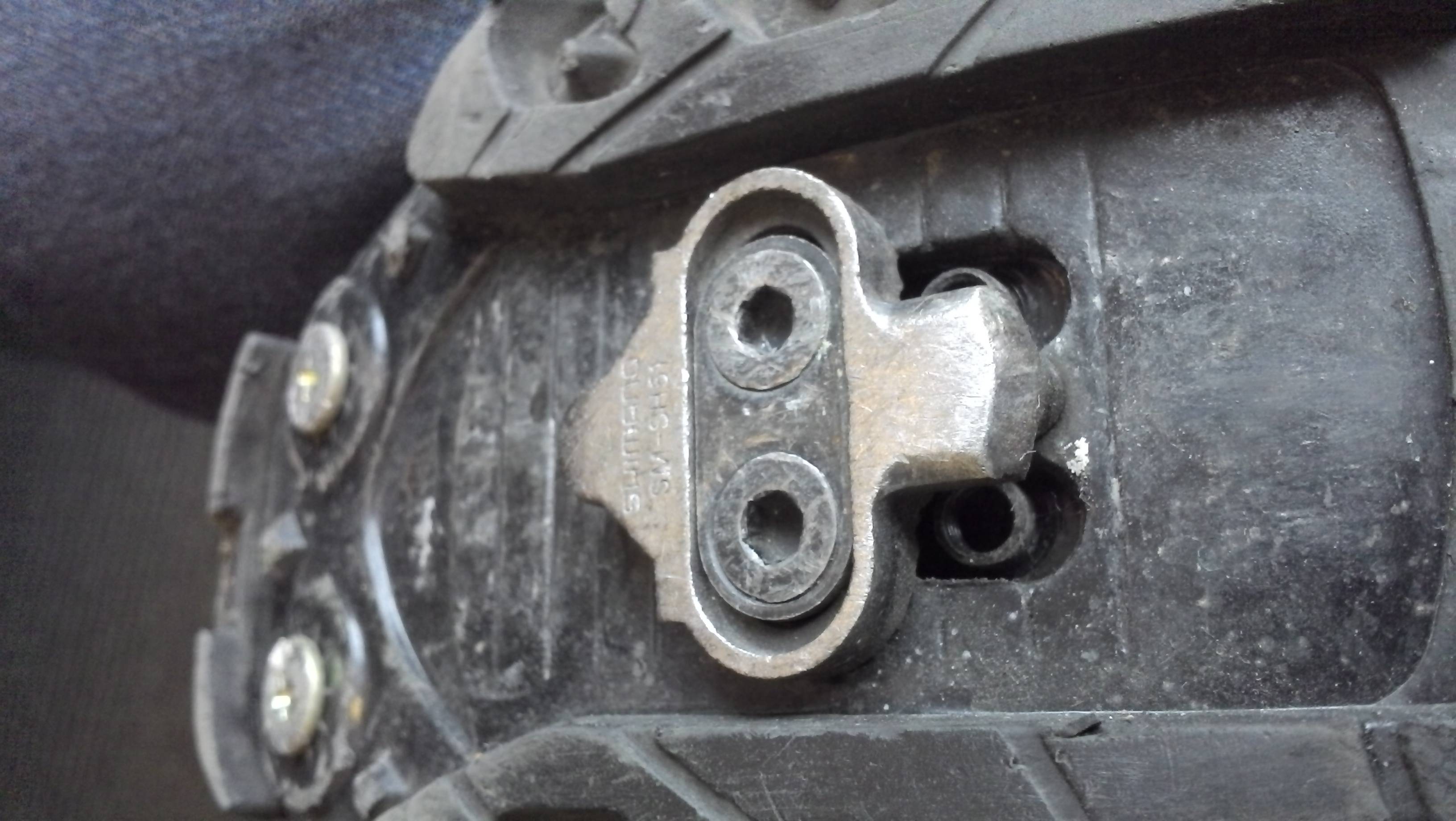 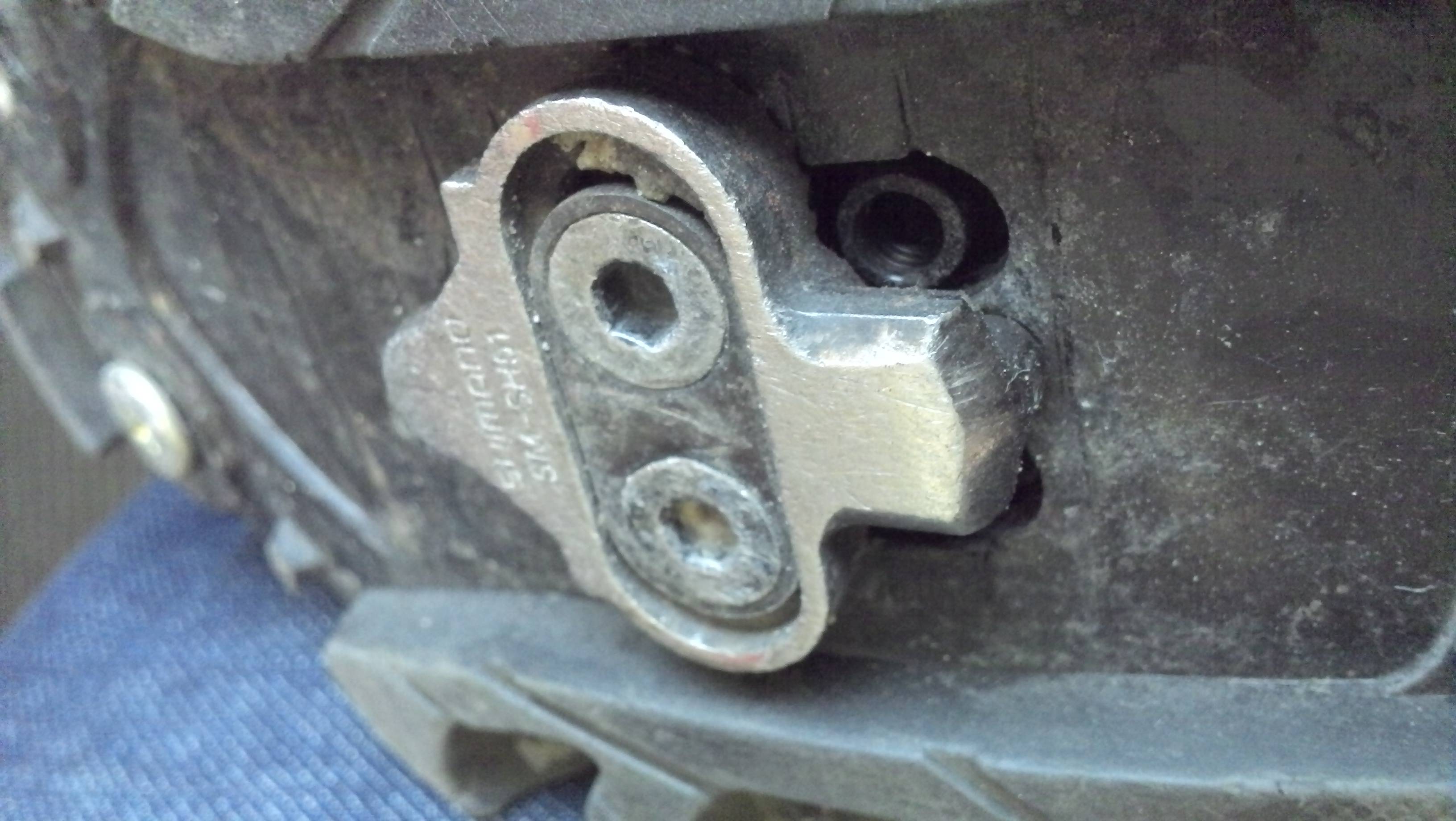 Is there a recommended period of time (based on usage, etc) to change cleats on MTB shoes?

Also, is there any suggestions on how to increase the life of your cleats? (I guess one would be don't walk on the street!)

I have similar problems as you describe, but mine come from dirt, mud, and other things that get caught in while doing MTB.

Aside from that, the Shimano SPD pedals develop some sort of a lip as they wear out, in the side "ramps" that rise the cleat when you twist the foot sideways. It happens in similar fashion as if you repeatedly hit the end of a metal rod with a hammer, until it deforms and starts to look like a nail head. This "lip" makes it very difficult to twist the foot, hence it is difficult to release the cleat from the pedal. The solution I have implemented is to file those lips out every now and then.

Close inspection to the pedal clamp mechanism is all it takes, scratch the ramps with your fingernail and if you feel a little stop near the end of it, then you file it and repeat the fingernail test until your nail can freely slide out of the ramp... Sometimes it is so little that even sandpaper can do the job. After that, clean the mechanism the best you can with a toothbrush and apply some lubricant. Apply lubricant also when you feel it's necessary. (I do it before every MTB ride, but almost every 10 rides for city commuting)

Regarding cleats, at least for me, I never change them, my shoes usually die first, then I try to put the same cleat on new shoes, and only if the bolt is too hard to remove (happened once) then I use new cleats...

My oldest pedals are 13 years old now, in the bike I use the most (the MTB for XC and light DH), have other 2 bikes with old SPD on them (commuting or urban riding), but only one pair of shoes for everything.

To my knowledge, there's no time frame that's given as a guideline. I would think that the reason for that is that there are too many rider-specific factors that contribute to their wear, or lack thereof.

I've always heard that they should be changed when they're either hard to engage, won't stay engaged, or hard to disengage. Under that criteria, it sounds like yours are due.

Then again, as DanielRHicks suggested, it could be the pedals that are worn out. Personally, I'd try the cleats first since they're cheaper.

My limited* experience with Shimano SPD was that a drop of oil on the cleats can resolve the hard-to-get-out problem.

(*) Only had them for a year quite a while back, didn't like the feel.

About 8 weeks ago I fell from a stopped position on my bike because my left SPD cleat would not disengage from a brand new pedal. The pedal was not adjusted at a high setting. The SPD shoe and cleats I was wearing were 8 years old. I put my hand down in a natural reaction to the fall and ended up breaking both bones in my left arm near my wrist. I now have a metal brace in my arm with 8 screws for attachment.

Trust me, buy the new cleats when the old ones give the first sign of difficulty to release. It's way cheaper and less painful than what I went through.

Not the answer you're looking for? Browse other questions tagged commuter shoes cleat or ask your own question.