I have a 7 speed Jamis Boss Cruiser, 7 gears in back and one up front. I've been using it fine for several months now. Lately, the chain is coming off of the single front gear, usually after stopping at an intersection when I start back up again.

I took it to a bike shop and the guy claims the front gear is not the right type of gear, its the type of gear that's meant to work with a derailleur. He says that's why the chain comes off. I'm disinclined to trust him since it's worked without problems for almost 8 months. If it was the wrong gear, I would have been having problem before now, right? Is it true that there is a type of front gear for use with derailleurs and a type of front gear meant to be used as a single front gear?

Yes, there is a difference between front chainrings for derailleur equipped bikes compared to bikes without a derailleur.

A derailleur suitable chainring is designed to assist the chain climbing onto the chainring, via ramps and pins that the chain engages into. 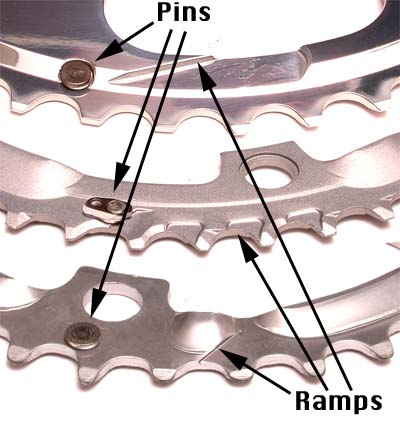 Non-derailleur chainrings are much simpler and are just the straight teeth. 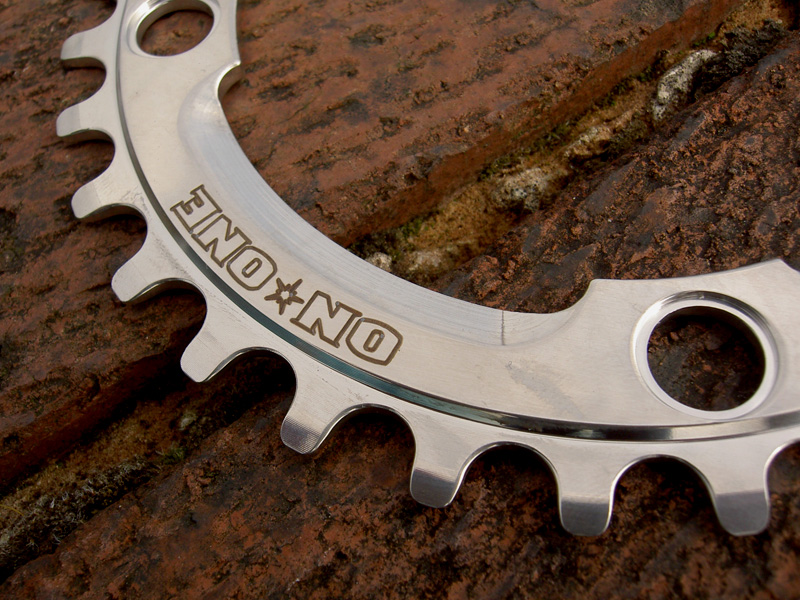 To solve your problem, you could:

More information is on these questions:

Although this has been answered I thought I'd chuck another suggestion in there. As Mac said there is a difference between chainrings meant for deraileurs and those meant for single-speeds. That's not to say you can't use the former without a deraileur, but as it is easier to derail the chain you should check your chainline is well set up. If your front ring is aligned too much to either side of your rear cassette, when you shift to a gear on the opposite side (e.g. the highest or lowest gear depending on the misalignment) it could cause the chain to jump off the front ring. This is because the chain is being pulled to one side.

Ideally your front ring should be more-or-less in line with the middle cog on your rear cassette.

You say the problem usually happens when you stop at intersections. This could be because you are shifting into a low gear to ready yourself for setting off again and it's this situation that causes the most lateral force on the chain. Combined with high force on the crank from accelerating and possible wear on the front ring increases the chances of derailment.

Bikes with 1 front gear comes with a "guard" on the chainring that prevent chain from falling. When this guard broken up chain will easily fall at the extreme gear position, usually when you turn the pedals back.

Not the answer you're looking for? Browse other questions tagged derailleur gears drivetrain-slipping or ask your own question.

14
Mysterious case: chain falling off large chainring, how to fix?
4
Why does my chain keep jumping off the front chainring on my 1x9?

5
Adivce on what to do next with crunching / slipping gears
5
Is my front derailleur angled straight?
3
SRAM Rival front derailleur throws chain to the outside, even after professional adjustment
1
Can I replace the front front derailleur with chain guide?
2
Chain slipping in cassette when under load, could a different type of cassette work better?
3
How to change front gearing
1
Front derailleur cable suddenly very slack (no shifting), not sure what's caused it
1
Trimming Shimano FD-R3000 front derailleur
1
Problem with Apollo Gradient clunky and missed gear changes
1
Front Derailleur Won't shift down