Is this rim safe?

The rim has a parting at the join: 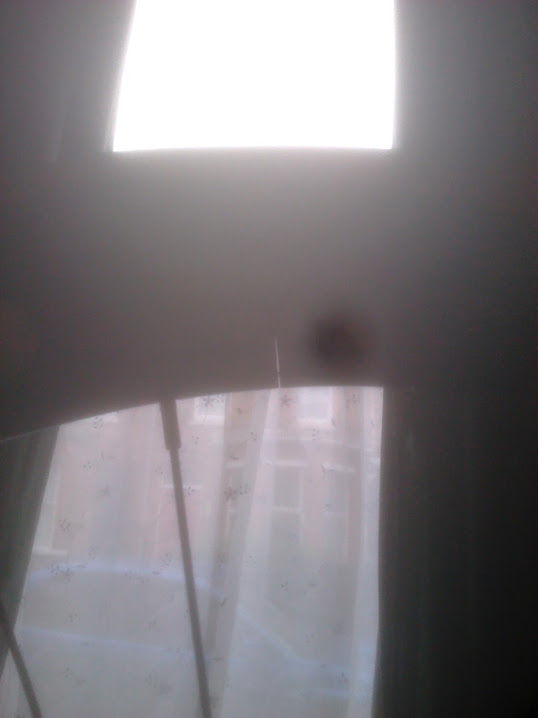 This is a brand new wheel, and I was wondering if this is a safe one. Could it split at the join?

The joint is spanned by a spline (or two), glued or swaged into notches formed into the aluminum extrusion. It is the integrity of the spline and the fastening mechanism that is the issue. If the spline is cracked, obviously that's serious problem. Also, if the fastening mechanism has failed to the extent that there's motion between spline and extrusion, that's a problem (though not as immediate a problem as a cracked spline).

The gap, by itself, is not a problem, so long as it's not the result of spline failure, and so long as it's not a gap for the full depth of the joint. You want the joint to be tight near the outer circumference where the stress will be, and likely the rim manufacturers slightly tweak the joint so that it's more likely to gap at the inner circumference, especially on "deep" rims where getting an exact joint is more difficult.

In your picture it's hard to tell how "deep" the rim is, and whether the gap continues up to the outer circumference, so one can't make a very definitive statement.

Send that wheel back where it came from.

I can't see enough to have a better answer, but if your wheel has gaps in it then I wouldn't ride no matter who made it and how.

9
Is it safe to ride on a cracked rim?
12
Tire slips off the rim when inflated to 8bar
8
Rear Tyre torn at rim - what was the cause?
4
Narrow tubeless tire on wide rim
3
Can a tire that blew off a rim be safely used on another rim, and under what criteria?
9
Is this aluminium rim saveable?
2
Structural Stability of Carbon Rim
5
Burning smell from rear rim cantilever smooth pull brakes