Does a helmet-mounted light affect the safe functionality of the helmet?

Ask Question
Asked 9 years, 2 months ago
Modified 1 year, 6 months ago
Viewed 7k times
53
Want to improve this post? Provide detailed answers to this question, including citations and an explanation of why your answer is correct. Answers without enough detail may be edited or deleted.

I am currently testing a bunch of lights for my (slowly) upcoming head lights review. Several of the lights can be mounted to a helmet using a mounting strap, like this: 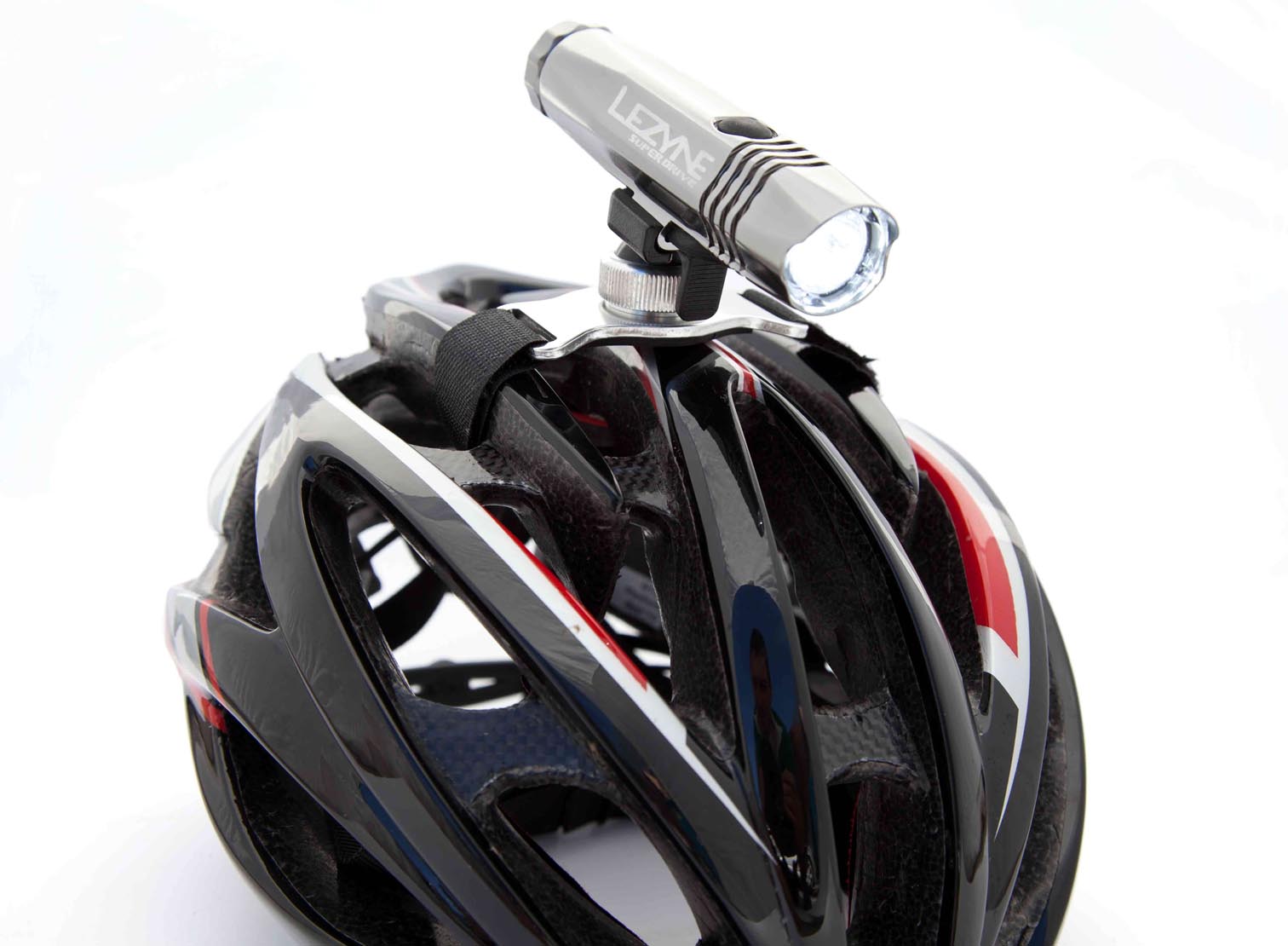 I'm wondering if having a light mounted on the helmet impacts its effectiveness in protecting from impacts. It seems that if the light hits the ground first, it might cause the rider's head to torque at a weird angle, or rotate the helmet causing the rider to hit their head when they might not otherwise.

Is there any research or data on this, or are there any anecdotal accounts of helmet lights affecting helmet safety?

I found something on the homepage of the Bicycle Helmet Safety Institute. They have an article about bicycle helmet lights, listing the pros and cons of them:

Summary: Lights on bicycle helmets can be useful, but must have a breakaway mount.

Especially about the breakaway mount:

The importance of breakaway mounts

The first and most important rule for mounting a light on your helmet is that it must break away readily when you crash or catch an overhanging obstacle. If it does not, you risk having your neck jerked when it snags on the pavement or tree. Besides jerking your neck, that can add to the g's of the shock to your brain when you hit pavement.

Although there are no studies mentioned how dangerous it is when the light does not fall off during a crash, some manufacturers test their lights to break away during a crash:

Only one helmet manufacturer we have spoken to provided their lab test levels, Uvex, proving that they actually have an internal standard. And the light manufacturer Jet Lites has a standard requiring their mount to break away when loaded with a 5 pound weight.

This shows that it is important that the light falls off during a crash, but unfortunately most manufacturers do not care. Which seems to be a problem:

Some manufacturers use hook-and-loop straps to hold their lights on. We have seen some that wrap through the vents and under that seemed unlikely to detach when they should have. But again, there is no standard for that.

Answer: Yes - anything on your helmet may affect its ability to function.

That was not cycling, but he managed to run his helmet into a rock, and the impact was focused and exaggerated by the gopro camera mount on his helmet.

Corollary: taking things off your helmet also interfere with its function.

The best example here is when the plastic outer layer gets a bit tatty or peels off completely. Some riders may elect to remove it all, leaving a foam/polystychrene head-cup that looks as before, but will fail badly.

This looks okay, but if your head is sliding down the road, the foam will simply tear rather than absorbing and time-stretching the impact.

It is certainly true that adding bulk to your helmet has some drawbacks in crashes and such, and consequently warrants some concern. In the incidence of a crash, solid, small objects that are fixed to a specific area of the helmet increase the distribution of force on mounting area, instead of spreading it away from the impact site.

However, my justification has always been this: a light can prevent just more crashes than not having a light will save you once you have crashed. Essentially, by using a head mounted light, you have more freely accessible light and can therefore be more aware of your surroundings. Equally, your surroundings will be more aware of you. These two facts combine to reduce the likelihood of crashing in the first place.

Also, I like to think that landing helmet first with a light attached is just like landing helmet first into a branch or small rock. These are also likely occurrences in MTB riding, so I would assume helmets are designed with at least some thought on this sort of situation. It mightn't be the case in reality, and I haven't confirmed this with standards, but hopefully saying this will give you peace of mind.

So yes, as far as personal experience has told me, a fixed light on your helmet can potentially do some harm in the event of a crash, but in the rest of the time spent riding, lights make helmets safer, and therefore makes riding safer. Seems like a good idea to me!

I think that's harsh. It's never going to be possible to exactly weigh up the balance between the additional hazard of the light on the helmet versus the additional visibility given to other road users. My fitting has a plastic screw holding a plastic bracket which holds the light. I think it's going to make a direct hit more dangerous, but not much more dangerous. When I have the light on, especially at dusk or at night it really moves overtaking traffic away from me in a very noticeable way.

Not the answer you're looking for? Browse other questions tagged safety accessories helmets headlights lighting or ask your own question.

18
Bike Lights: Helmet Mounted or Handlebar Mounted
1
Is it safe to attach a flashlight to a helmet?

5
Storing bicycle helmets...will temperature affect the performance of the helmet?
18
Bike Lights: Helmet Mounted or Handlebar Mounted
23
Would a military helmet make a safe alternative to a bicycle helmet?
14
Does helmet padding contribute to the safety of a helmet?
16
How long does an unused helmet keep for?
4
Does sunlight damage helmet?
1
Is it safe to attach a flashlight to a helmet?
11
Mounting the front light on the frame instead of the fork or the handlebar?
13
Is my helmet/camera/light setup dangerous?