I built up a NOS late 90s steel frame with a similar era Campagnolo Chorus 9 speed groupset. Has gone well, except the stays/dropouts don't seem to quite like a 9 speed cassette. The second smallest cog (14T) rubs a tiny bit and the smallest cog (13T) rubs a lot, so as to be unusable. I've set my limitscrew to keep me off the smallest cog and have done lots of km that way, but I'd really like to use the smallest cog and am trying to work out how. I tried swapping the hub spacers, but on this particular hub, that would have moved the dish way too far to the side. So basically I'm trying to figure out the cleanest hack (bonus if it's cheap as well) to get the full cassette usable on this frame.

I've attached a picture for clarity. 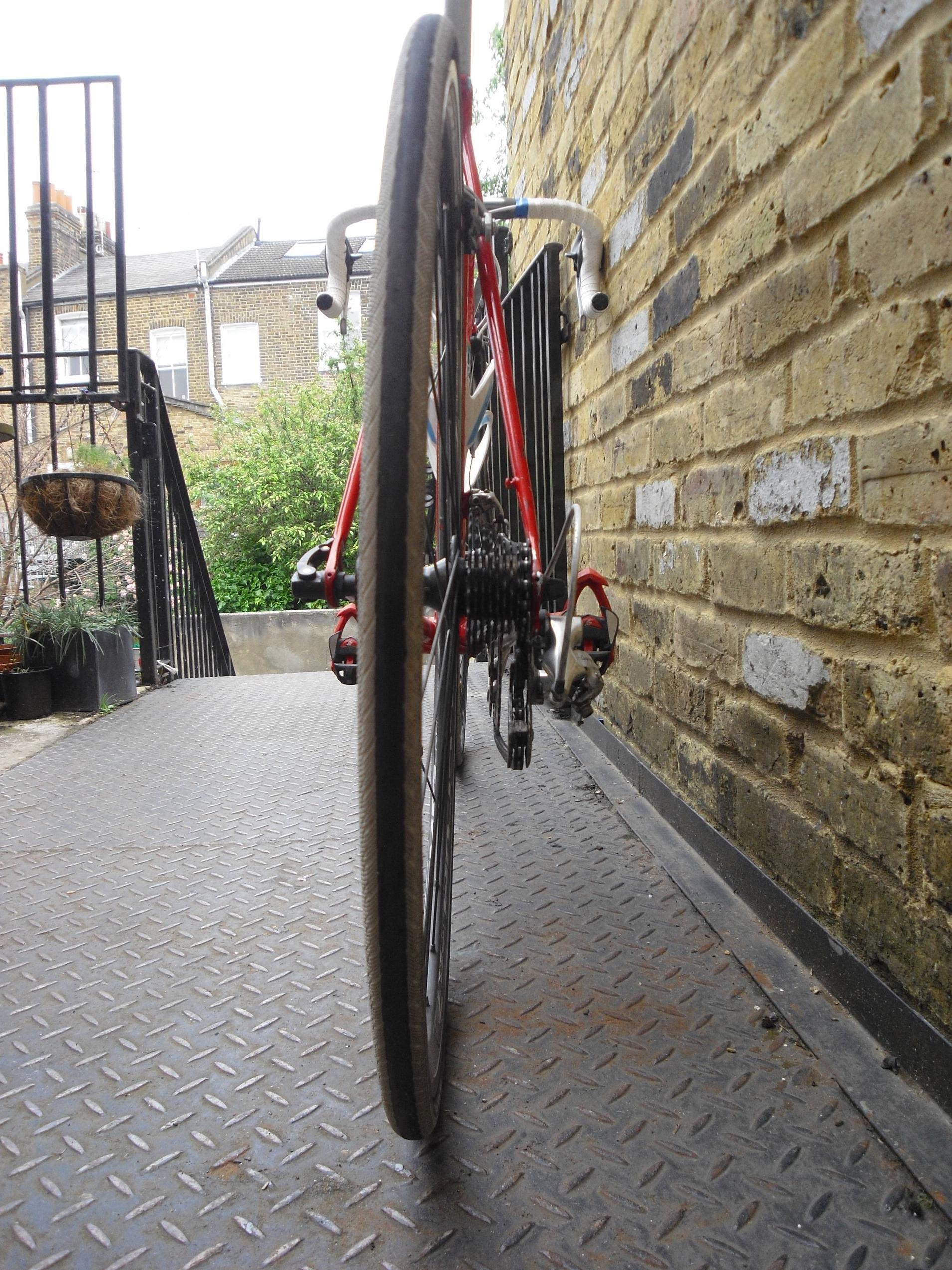 Oh also, OLN of the hub (a fulcrum racing 7) is 130 and it fits without trouble, but given the age, it's possible it was originally a 126, though I think the paint job is original so perhaps not (I took off the paint around the dropouts, when I, er, discovered this problem).

Add a spacer and re-dish. Or move some spacers from the non drive side over the the drive side (if they exist) if you don't want to open up the frame (that will require opening up the hub likely). 1mm is not a big deal. You will also have to fiddle with the limits on your derailleur and adjust shifting accordingly.

Or get a different cogset with something smaller like 11. There are lots of options for cogsets... unless you are being really perticular about the groupo. I don't know Campy stuff that well but on Shimano the smallest cog is always seperate. You could simply swap that... the jumb might reduce shifting performance but you'll get more function than you currently have.

Last option (maybe should be first) is simply to move the wheel up or down if it has dropouts that accomodate that. You'd have to adjust brake pads if you did that but that would be the simplest.

Not the answer you're looking for? Browse other questions tagged chain cassette rear-wheel sprocket dropouts or ask your own question.

7
Chain rubs against frame when in smallest rear cog

2
Need some experienced eyes on removing cog/rear wheel mechanism
2
Best Cassette Cog Material
3
Can I replace only the smallest cog on my rear cassette?
1
When I shift to the smallest cog, it's suddenly too loose
6
Can an individual gear/cog on the rear cassette be replaced?
0
Customizing the smallest cog
7
Chain rubs against frame when in smallest rear cog
1
Using a cassette and derailleur with different sprocket/cog specifications
1
Rear derailleur doesn't go to smallest cog
2
If my max cog is 50t and I got a 52t cog