You generally see the top tube on steel bikes being parallel to the ground, whereas on a lot of carbon bikes it's angled. Why is that?

(my observations are obviously limited, but it seems like a trend) 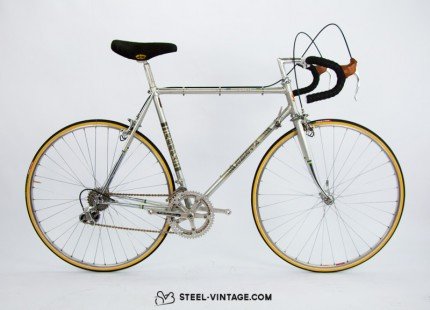 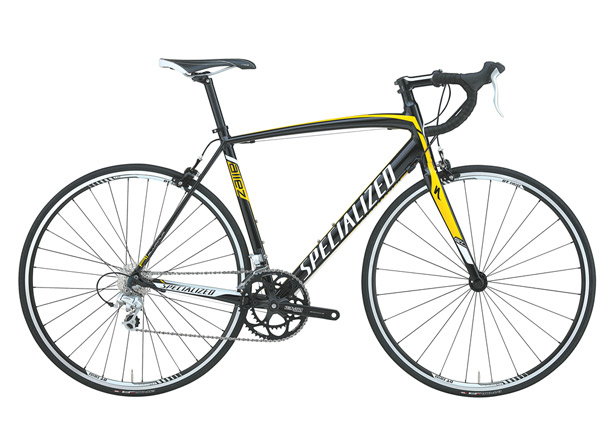 The only real advantage to a compact geometry road bike is for the manufacturers. Since standover- which is the distance from the top tube to your crotch when you straddle the bike with your feet on the ground- is increased, one size of frame will fit a wider height range of people and therefore the manufacturer does not have to make as many different frame sizes. This is valuable for aluminum and steel bike frames, but pays off the most in the world of monocoque carbon frames as each size requires its own mold(s) and for higher end bikes, its own layup schedule. Final fitting is done with saddle height & fore/aft position along with steerer stack height, stem length & angle. Ultimately there is no difference in fit between compact and classic road bike geometry.

Compact geometry frames use ever so slightly less material in the frame, but primarily they are just the new aesthetic of road bikes as compared to those of the 1980s era and before, and that era of bike was typically steel.

Q: You generally see the top tube on steel bikes being parallel to the ground, whereas on a lot of carbon bikes it's angled. Why is that?

A: It is because most steel bikes you see are old, designed and built in an age before the sloping top-tube was conceived (for Giant bicycles by Mick Burrows in the mid-90's I believe). So aside from recent artisan-built steel, most steel bikes will have horizontal top-tubes (parallel to the ground). By contrast, most carbon bikes were made as jm2 above has stated, with saving money on mould-making a key consideration, hence the slope. Interestingly, many custom-made steel bikes are now made sloping as well, because because its seen as a more modern look. Yet perversely some of the poshest new carbon frames (eg some Legend, Parlee and BMC frames) are now made with horizontal, or near-horizontal top tubes, because their customers want a more 'traditional' look. What goes around comes around.

Not the answer you're looking for? Browse other questions tagged frames design framebuilding or ask your own question.

31
Why is carbon fiber inherently weak? Or is it?
8
Why are bike frames getting so much bigger
1
How to judge BB height visually and the effect on handling?
4
Down tube and seat stay
1
Fitting questions - Effective top tube vs horizontal
2
Can a bike frame be retrofitted with internal cable routing without Disassembly?
1
MInor (I think) dent in top of Orbea Alma top tube - frame ok or no?
1
Are rear triangles made today made of thinner / less substantial materials than in the past?
0
Are bikes with sloping top tubes lighter than bikes with horizontal top tubes?
12
Why are there no adult balance bikes?