Change the angle of the arc of downtube / stem shifter lever to make it an alternative thumb shifter?

I want to mount the following SunRace clamp-on shifter set horizontally as a "thumb" shifter on a straight MTB handlebar (22.2mm). I will remove the left lever and only use the right with the clamp.

The problem is that the lever is not easy to reach because it swings from parallel with the handlebar to straight forward. I would like to have the angle of the full swing of the lever go from a little towards me to a little forward.

Is there an easy way to change the angle of these stem-mount shift levers (which are almost the same as downtube shift levers) by about 45 deg?

Note (in second pic) that these are meant for stem mount, so there is a cable housing stop for the part of the shift cable housing that goes from the handlebar to a downtube stop. 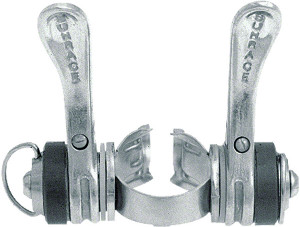 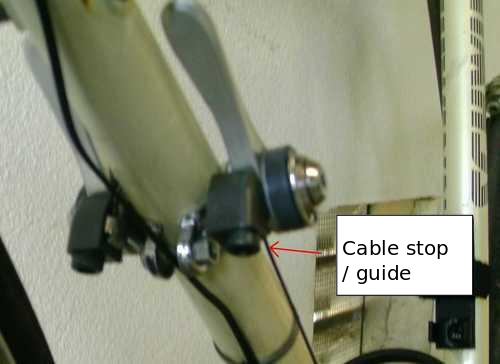 Note that there are different levers, depends of the final position. For downtube, head tube or steam, see the ilustration in the bottom of the page: 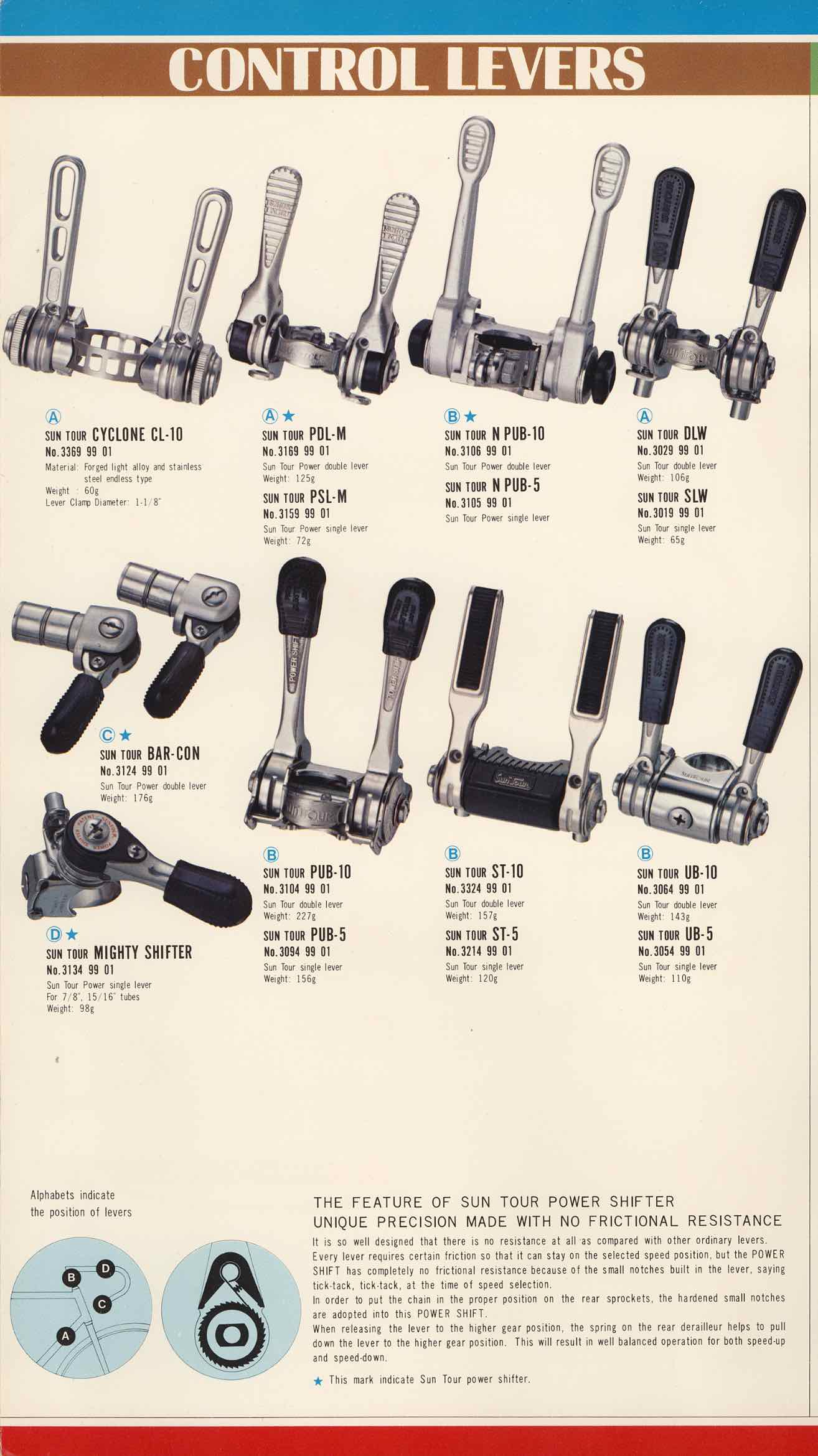 Some of them have the cable stop vertically, equal as the tube hanger, and other at 90 degrees of it.

Although I haven't done it with this specific shifter, some similar designs with a fixed cable stop can indeed be adjusted this way. See for example this instructional video for Gevenalle shifters.

Not the answer you're looking for? Browse other questions tagged shifter downtube-shifter or ask your own question.

3
Installing downtube shifters on a bike with no bosses or cable stops
3
Looking for components needed to route 3 cables on top of toptube for cyclocross bike
3
SRAM Rival front derailleur throws chain to the outside, even after professional adjustment
1
Slipping shift cable barrel adjusters
4
Brake lever and shifter for bullhorn
4
Using only the brake lever, separated from an integrated shifter/brake
8
What's the strongest way to bond a cable stop to an aluminum frame?
5
Restoring a steel Japanese bike from the early 80s
0
Installing SRAM X3 7-speed shifter with Acera derailleur : shifting stops at 4th cog
1
Why can't my rear shifter shift into low gears?