Gap between lower headset cup and fork. Is this likely to be a problem?

Yesterday I had a headset and fork fitted by my LBS. Lacking the specific tools or knowledge, I thought it better to leave this job to a professional; as a consequence of my inexperience, however, I have no idea whether they've actually done a good job.

Scouring bike forums for answers suggests this situation isn't all that uncommon, with some offering makeshift solutions, like a strip of inner tube to keep out grime. Still, if someone wouldn't mind taking a look at my headset specifically, it might ease my mind somewhat. I've included a couple of close-ups below. 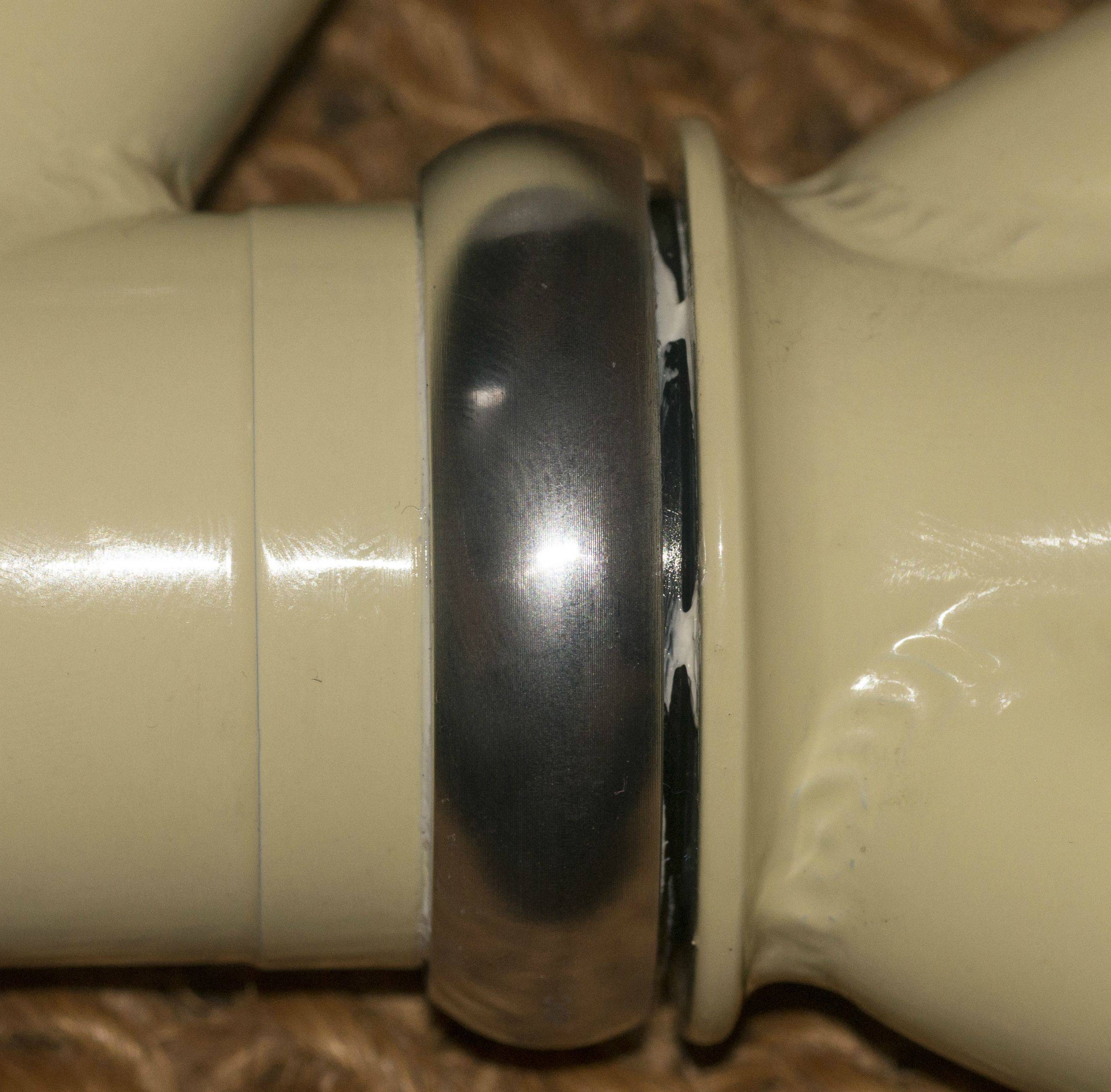 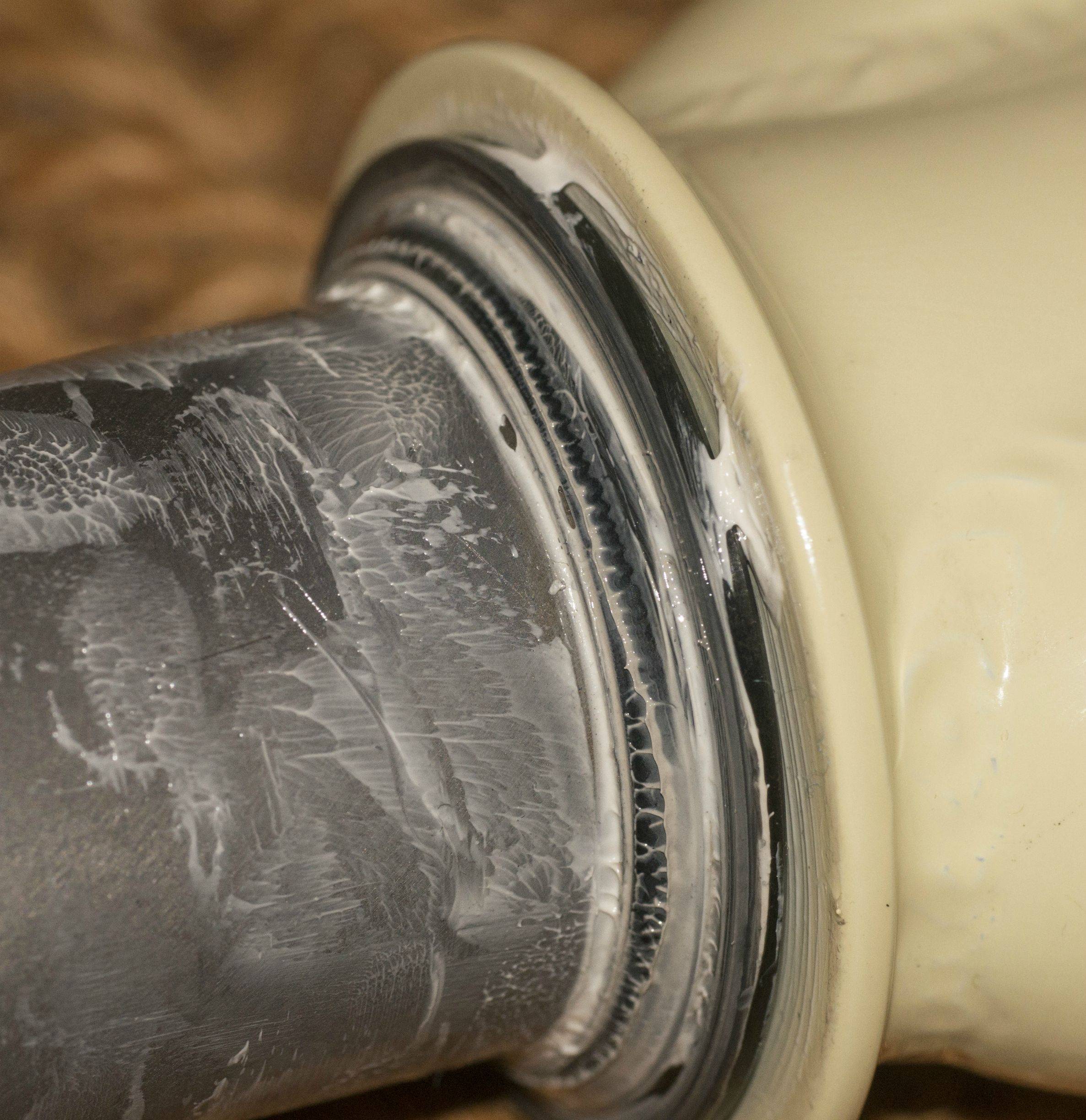 I've checked the orientation of the bearings, and they're definitely the right way up. The slight chamfer on the inside edge of the lower bearing fits nice and tight against the crown race.

The headset is a Tange Seiki RDC-82. I don't appear to be missing any pieces.

Thank you for your help.

Update: Ok, so I gave the company I originally purchased the headset from (the same place I bought my frameset at the same time — not the LBS that installed it) a call; they instantly knew what I was talking about, and assured me it was normal for this particular model. In hindsight, ringing them should really have been the first thing I did.

Still seems like a poor design in my opinion. Not only does it look somewhat unsightly, but the gap risks exposing the lower bearing to grime and dirt. A simple seal could have solved both these issues. Perhaps when I eventually come to replace the headset, I'll invest in something pricer/better quality.

There is a part missing, commonly the gap is filled with a simple plastic ring which works ok as a seal. Either this wasn’t supplied with the headset, or was lost by someone before it could be installed. If I had a headset without this seal, I wouldn’t be surprised if it wore prematurely as extra dirt got in.

Seen in the bottom left of a photo of the current model is the missing ring which would seal the gap. 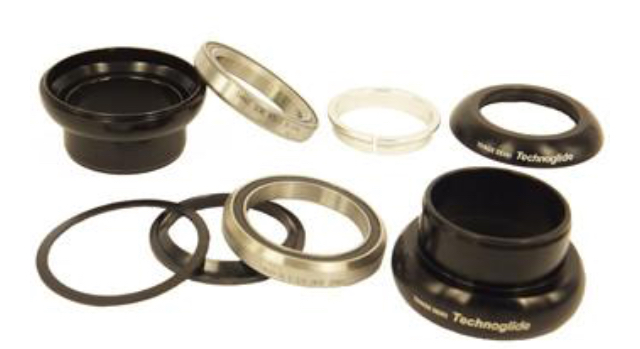 That seems like a big gap, but it may be normal, especially if you've inspected how the bearings seat against the crown race and all seems well. When the headset is properly adjusted the bar move effortlessly from side to side? Is the any fore/aft movement of the fork if you hold the front brake and push the front end back and forth with some force? If the answers are yes/no then you're probably fine. It wouldn't hurt anything for you to return to the bike shop where it was installed and ask them about it. They may very well have installed that headset on another bike in the past and know that what you're seeing is normal.

While it is difficult to see through the grease it appears that you may have two crown races installed on the steerer tube.

it's supposed to be like that... my fork also has a 1mm gap that's suppoosed to be rthere as well.... they done nothing wrong...

Not the answer you're looking for? Browse other questions tagged fork headset or ask your own question.