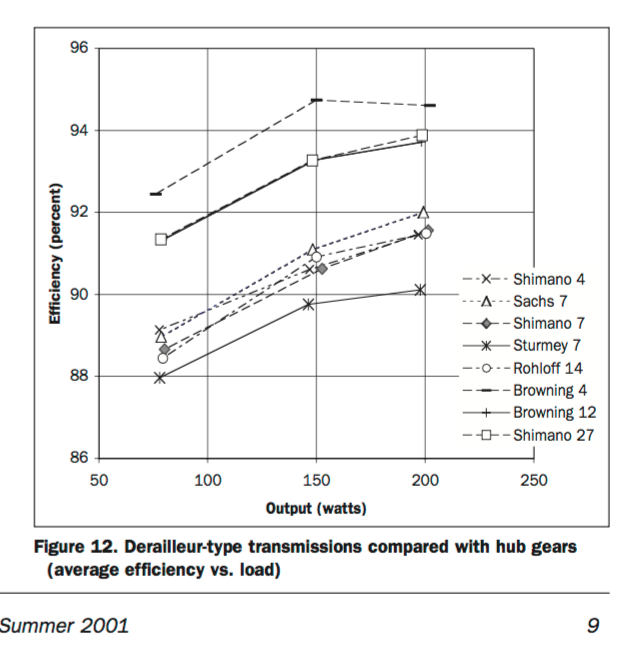 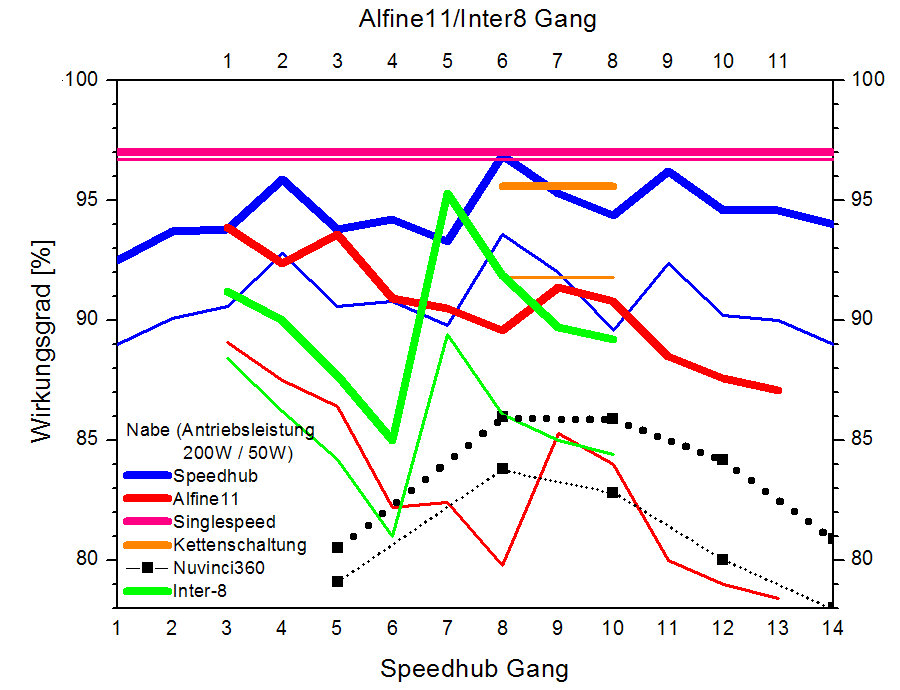 215
Terminology index - a list of bike part names and cycling concepts
4
Are chain-drive gears 'ridiculously' efficient even when dry of oil?
2
How much energy loss should there be in an internal hub 8-speed?

3
Make a 3-gear bike go easy on uphill
19
Relative efficiency of different commute bike setups
2
stiff gears and chain coming off while pedalling forward (hub gear)
8
How is the riding experience of a Rohloff hub different than derailleur gears?
2
Using a series of hub gears
4
How do I tune up the shifters/derailleurs on my mountain bike?
4
Friction-shift (rear) always changing up the gears
14
How efficient is string bike? Is this really a revolutionary bike?
2
Commuter bike for better performance: less weight, or internal gear-hub?
2
How much energy loss should there be in an internal hub 8-speed?