Can I fit rear panniers to a full-suspension bike with a dropper post?

I'm looking at the Whyte T129s and have seen that there's a couple of options for fitting panniers to the back of a full-sus bike. 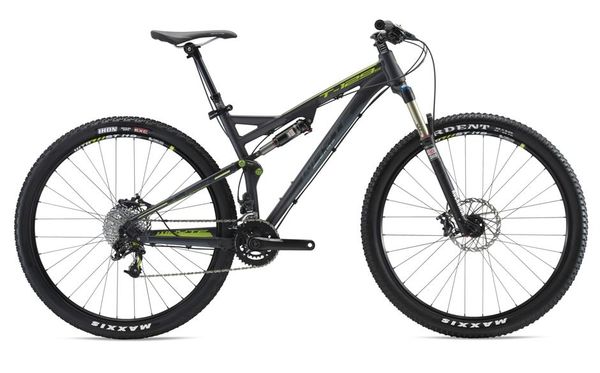 Any suggestions whether either of these would work for (occasional) off-road touring? Concerned that the dropper post on the 129s might not take a rack (like the Topeak) bolted on.

The main issue is the load limits on those racks, and the second one is why those limits exist.

The Thule Pack ’n Pedal Tour Rack is claimed to take 25kg, the Topeak seatpost mounted racks will take 9kg. Thule seem to be selling rebadged Freeload gear? I have seen a Thule rack fail with significantly less than 25kg on it, and while being ridden fairly gently (very gently by full suspension MTB standards - think hiking track rather than singletrack), when the rider twisted the bike from side to side. None of the solutions of full suspension bikes are robust enough for harder mountain bike routes, and none will carry their full weight rating without really affecting the bike's handling.

The reason for that is that full suspension frames and components are not designed to take the extra force of the load, and often not designed to take much force at all where the racks attach. Ideally the rack will attach to a point that's designed to take a load but isn't being used for that load - V brake posts on a bike with disk brakes, for example. But regardless, if you have a lightweight bike and you load it up and ride it hard, something will break.

If you look at designed-for-touring bikes they usually have heavy frames, built in points to attach racks, and are sold with heavy wheels and beefed up components. At least compared to a fun bike or racing bike, which is what most full suspension bikes are. There are full suspension touring bikes, like the Bike Friday, but they are built very differently to mountain bikes.

The usual compromise is a hardtail - that gives you a solid place to attach a rear rack while getting some benefit from the front suspension.

How much gear you carry depends on what you mean by touring. To some people touring is accompanying a tour bus and support crew on short daily rides, to others it's riding the Canning Stock Route without a support vehicle. In many ways your weight budget will determine where you can go along that spectrum. You can also spend your way out of some of the problems by using ultra-light hiking gear to cut the weight you're carrying. As an example, I normally carry about 20kg of gear on month-plus tours, then another 10kg-20kg of food and water. For a weekend I'd not take cooking gear and minimise everything else to take about 15kg total assuming there's water en route, but that means accepting that if it rains I sleep in wet polypro and if we're delayed a day I go hungry (ie, trading weight for risk).

I suggest looking at some of the touring questions to get an idea of what exactly you want to do and what gear you're likely to need to do it.

Note on risk: if you're touring off road you need to keep an eye on your escape routes. Specifically, remember that you go much faster riding than you do carrying a broken mountain bike. If you break the bike late on the first day of a two day ride you might have to spend three days walking out (assuming you're unhurt). On-road touring is usually less risky because you can flag down a passing motorist and get a ride (or call a taxi).

Late answer, however I though it worth adding a manufacturer (Thanks to answer to another question) that does this without loading the seat stay as much as the Thule. oldmanmoutain

They attach to the axle and brake bosses (if you have them) or use P clamps on the seat stay. Have a load rating of 40 lb. looking at the design most of the weight would be on the axle mounts, meaning much less stress on the frame components.

I have a Yeti ASX dual suspense mountain bike. I fitted the Oldman mountain Sherpa rear rack and carry about 15-20 kgs on it without any problems. I use Ortleib Classic roller panniers and have never had a problem. I've completed the following tours: 600 kms Munda Biddi Mtn bike route in West Australia, Adelaide to Alice Springs 1600 kms, New Zealand South Island - 1500 kms, tour of Slovenia, Italy and Austria 1000 kms. Enjoy!

I think the answer is maybe. Yes you can, but the panniers may have to be quite far back to avoid pedal and seat strikes that it's a compromise. That's if you can find an existing product, or commission a bespoke rack, that's suitable for your luggage weight and shape, wheel size, suspension geometry and axle arrangement.

A couple of sensible alternatives:

Bikepacking can work effectively and be cost effective; check the bike packing bags from ortlieb, alpkit and others including plenty of homebrew options out there.

Personally, I prefer to use a Bob-Yak trailer behind my FS 29er. I have a thru-axle adapter from the Robert Axle Project. Sorted; I can ride single-track, steep descents, cross fallen logs and carry 20kg+ without really having to think about it being there. Max payload is 80lb, circa 36kg.

6
Going on a long distance bike tour: what kit do I need?
4
Are bicycle rear racks and panniers suitable for cross-country riding?