this is my first time here however I am a long time stackexchange user. I am planning to get a new MTB. Haven't ride for a long time 10y ago, as a kid I was always riding a MTB (I had an old low budget MTB and I don't want to ride it anymore).

I was considering to get this bike:
http://www.cube.eu/en/bikes/mtb-hardtail/analog/analog-29-black-grey/

As you can see it's a 29er. Basicly I wanted to get 27.5 or 26 however at every store at my country they are telling me that 29ers are the best.
Can anyone of you more experienced users tell me why should I prefer 29'' tires?

Also what can you tell me about the bike? I don't have much experience since my last ride on a mtb was about 10y ago.

This bike is 720eu at my country and I am getting it at a 20% (570eu) discount and this is as high as possible for my budget. So am i getting something worthy for the price?

I recently got into mountain biking (last summer) and I had to find the answers to all these same types of questions. The answer to your question is not a simple one. You actually have to answer a few more questions before you can know which is the right size wheel for you.

First of all you won't want anything smaller than 26". You won't be able to roll over a lot of obstacles without a decent sized wheel. The benefit of the 26" wheels is that they tend to be more maneuverable, they weigh the least amount and thus roll faster, and if you are not a tall person then the 26" will be easier to find a frame that fits you right.

The 29" wheel allows you to go over more obstacles more easily. They are great if you have long legs. And they are less likely to be suddenly stopped by obstructions.

Last summer I started out with a 26" hybrid on the trails (yes I said hybrid, it is what I had to work with at the time). I rode with two friends that had real mountain bikes. One had a 26" and the other a 29er. Riding a hybrid definitely held me back.

But I did get a chance to ride both of their bikes and what I found is that it is essential to have a bike that is built for mountain biking when you do this. Both felt smooth as butter compared to the hybrid. Both performed well.

My friend Josh that had the 29er had an easier time going down some rock steps and over some obstacles. But Bill, the one with the 26er, was able to climb more quickly. That said, Bill is also a lighter person than Josh. So that probably added to the differences.

Overall I think the experience with both was about the same. It was really just having an actual mountain bike with strong parts and good derailleurs that mattered the most.

However I will say this, if you are going to spend a good amount of time on paved trails too then you will want to consider the lighter, faster wheels (26 or 27.5). If you are shorter or a low weight person then the large 29ers might require to much of your energy to pedal.

In the end, even though I am not that tall (5'7") I ended up with a 29er that I purchased recently. I did this because I have large strong legs and wanted to go over the obstacles more easily. I think in the end it is more preference though.

Also, Giant has invested a lot into the 27.5" bikes. So they might be worth a look since they have lots of confidence in them.

More info on that: http://www.bicycling.com/mountainbikecom/bikes-gear/giant-bets-big-275-inch-wheels

Simple answer 29er wheels roll better that 26" wheels this means better rollover and higher speeds. These are good things for mountain bikes. The trade off is, because they're a larger wheel they require a larger frame. This is especially true for suspension. Usually 29er don't have the same range of suspension as 26" wheels. The larger wheels compensate for some of this on rough ground, but that doesn't help if you're taking large drops.

So really it comes down to what kind of riding you want to do. If you want light trail use and cross-country riding the 29er is ideal. Since you're considering a hardtail I think this is you.

To be honest, it what makes it fun for you and what you like, I used to do MTB on a 2006 Gary Fisher hardtail MTB and I lived it, since that I changed to road bikes started from a cheap one, a GMC Denali then a Vilano and finally a Specialized Allez E5 with carbon fork. Since that I needed to go off-road again, My girlfriend had a 2014 Giant-liv MTB with 27.5 wheels. When I tried it yes they are fast enough on the road but whrn it comes to MTB i had to go to to one of my personal favorites. 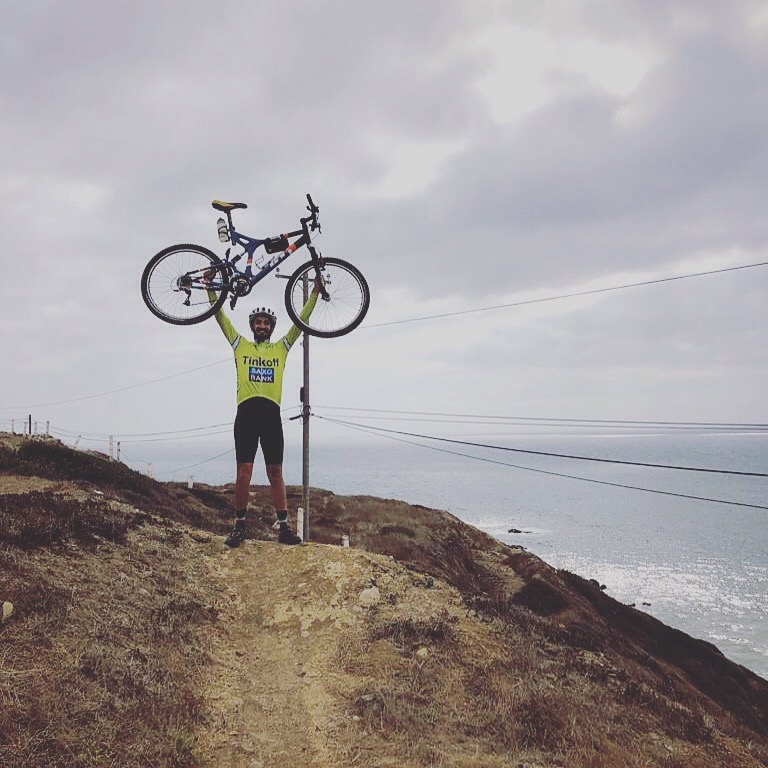 A GT 2001 iDrive 5.0 full suspension 26-inch wheels, yes I did modified it for races with Mavic rims, para race fire 2.1 tires, preload and lock front suspension, and I just ordered a 1*12 drivetrain and cassete. Believe I live in Baja so I race a lot on the hills and in the end there is no difference, it comes to your ability and your training sI have won some races against top-end 29 bikes and sometimes I lose so just enjoy it and get out there and train.

As posted above the larger diameter 29" wheel makes it go over the trail more smoothly. You could draw some circles on a piece of paper of increasing diameter, then hold a ruler against the edge of the circles on by one, & it will be apparent the larger diameter circle matches the shape of the ruler (the trail) better. That's the motivation for some riders, especially performance mountain bike racers, preferring 29 inches. In my opinion however, for casual trail riding, especially for those 5' 9" and shorter, riding a smaller diameter wheel (26 or 27.5) makes the bike more nimble & easier to handle. Finally there's the issue of maintenance, repair, & parts availability. Eventually your wheel assembly will require some new parts to get it rolling again, and it may be easy to find repair parts for one wheel size than others. So ask your shop tech about that before deciding.

Not the answer you're looking for? Browse other questions tagged mountain-bike 29er 26-inch 27-inch or ask your own question.

6
Do we really need another bike size?

5
MTB tires: why the extended thread on the edges?
2
Chain Slippage on MTB
7
Got two bikes, one of them is more exhausting to ride, what can it be?
12
Did I choose the wrong size bike?
3
Going to race a 29er MTB in a 200 mile / 320 km gravel race. Bike preparation?
4
Would a hard tail 29er be a good starter bike for road and light trails?
5
What happened to hardtails in the past 15 years?
1
Strangeness with gears
3
Are freewheels really that prone and susceptible to bent axles?
1
Specs of a bike for single trails on budget