Why do full suspension bikes seem to be on average £1000 more expensive than hardtails?

I was just looking at the new On One Codeine full suss mountain bike and 45650B hardtail (£2599 vs £899) respectively. However, what is the great difference apart from the shock? A fox rear shock goes for about £300 max. What causes the giant price difference?

I don't think you are matching like for like and actually the price differential is quite small.

The only fair way to compare two bikes is by looking at the frame only price. In this case I've been unable to find the frame only price for the Codeine (SingleTrack forum suggested £599 with Monarch R vs £225 for 456) so have used Santa Cruz instead:

The frame only price for:

So the price difference between the two bikes is $349, this would include:

There are other factors that influence the price of a complete bike that may explain the difference between the 456 and the Codeine. The £899 45650B is an intermediate level specification whilst everything I have seen on the Codeine indicate it will have a high performance build. The differences from what I've seen include:

Comparing the two bikes side by side there would be more examples where the specification levels are different and would justify additional costs (brakes, wheels, tyres, bars, saddle etc.).

There are a lot of variables to consider here, you can't really compare two bikes and declare that all full suspension bikes are £1000 more. That's like comparing apples to oranges, every model of bike is unique and comes with different components. Components are going to account for big ranges in price.

That said, generally, full suspension frames are more complex, require more parts, and are more costly to design and manufacture. 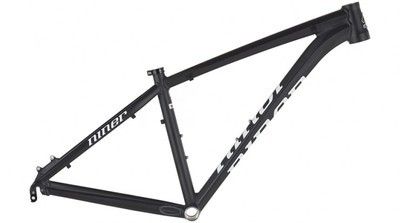 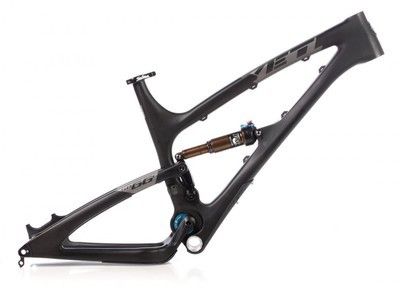 A full suspension frame is in all respects more complex (thus expensive) because:

1
Suggestions for budget mountain bike with opportunities for upgrade
1
XC (mountain bike) tire for dry hardpack and loose conditions
7
Building my own full suspension MTB: How to I select a frame?
3
How to setup rebound?
3
Full Suspension MTB or just a new Frame
5
What are the effects of different types of rear shock installation on full-suspension bikes?
5
What happened to hardtails in the past 15 years?