Why do some triathlon seatposts go straight up and down instead of at an angle?

Why is it that some triathlon bikes have a seat post that adjusts straight up and down instead of the more standard axis that aims at the bottom bracket?

This means that if you raise (or lower) the seat on the special triathlon bikes, the torso/leg angle would change more than for a normal bike, right? Doesn't this also mean that the straight-up vertical adjustment of these special triathlon bikes do not fit as wide a range of riders as if the seatpost adjusted in a way that kept the same torso/leg angle along the axis?

This question is not about triathlon bike geometry or efficiency of peddling. Rather it asks about why the displayed vertical seatpost adjustment axis is used instead of a more standard adjustment axis for seatpost.

Here is a tri bike with the vertical seatpost: 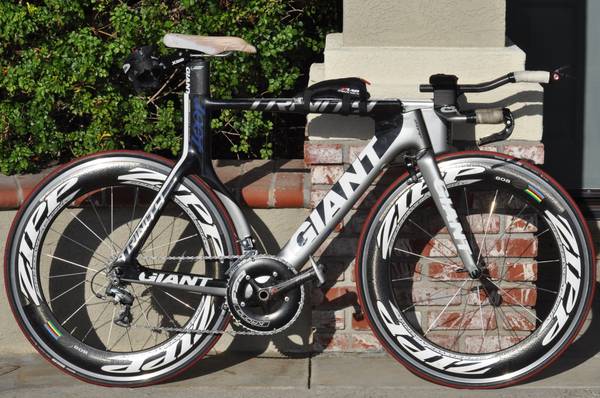 Here is a more standard bike: 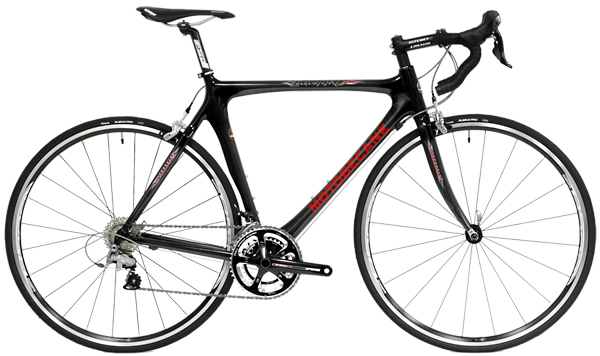 To crudely simplify things, a triathlon/TT bike position is much the same as a road position, but basically "rotated forward", so your arms rest atop the very-low-set bars. A consequence of this is, the seat ends up further forward. 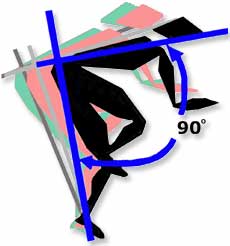 Using Chris Froome's TT position as an example, noting the hip position versus the bottom-bracket position:

(source 1 and source 2 - I couldn't find a good side-on picture for the road-position, so it has quite a lot of skewing to align to the TT-position picture)

This "Proper Bike Fit for Triathletes" article has a vastly more detailed explanation (and is the source of the first diagram!)

Doesn't this also mean that the straight-up vertical adjustment of these special triathalon bikes do not fit as wide a range of riders as if the seatpost adjusted in a way that kept the same torso/leg angle along the axis?

As long as the frame is roughly the correct size, the tri bike should be just as adjustable as a road-bike, if not more..

Look at the tri bike image in your question - the saddle rails cover around 3/4 of the length of the saddle, allowing a greater range of movement forward/backwards (compared to the road bike, where the rail often covers less than half of the saddle)

Additionally, the aero-bars are much more adjustable than standard drop-bars (which are mostly limited to stem-length adjustments). Aero-bars can potentially be moved quite far forward or backwards (although at some point you will hinder steering/stability)

Triathlon bikes are about one thing, and one thing only. Aerodynamics. Dan Empfield, the creator of the Quintana Roo brand, recognized this early on. Cervelo came along soon after, and their designs basically changed how time trial bikes are viewed, with their breakthrough design of the P3 in 2001 (Company history here.)

This P3 design evolved, and there are a few models such as your pictured Giant that have completely vertical seatposts. Many other bikes don't have this, but do approach vertical, as the frame geometry is completely different than a road bike with the purpose of allowing a rider to ride more forward on the bike, bent over with arms in the aerobars. You will also see much different clothing (esp for road racers) as time trial suits are also designed with aerodynamic considerations.

Time trial fit is very much a science as well as an art form. These include the F.I.S.T. method (Also developed by Dan Empfield), Retul, which are two of the most popular, but there are a couple others as well. They look at such things as upper body angle, hip angle, leg angles at top dead center and bottom dead center (TDC, BDC), forearm to bike angles, etc etc. A very minor change in seat position can have profound effects on aerodynamics, comfort and power.

You will also see some different frames and components in the triathlon world than you will in the road race world, because as always, the UCI (governing body for cycling) has very strict rules for time trial bikes and components, and some of the items used in triathlons are not allowed for road time trial events. For example, Cervelo's latest model, the P5, has two different forks, one which is legal and one which is not.

In addition to aerodynamics, not yet mentioned is the benefit to your running off the bike. By changing the seat angle, you use your muscles differently and can run faster off the bike than a more traditional seat post angle.

As noted in this article, test subjects were about 5 minutes faster in a 40k/10k Brick (stationary bike/treadmill run). There was some time savings in the bike (even indoors on a trainer), but the biggest time savings was the first half of the 10k.

Not the answer you're looking for? Browse other questions tagged frames seatpost adjustment triathlon or ask your own question.

5
Adjusting saddle angle on a road bike (drop bars)
5
How can I stop a belt brake (band brake) from squealing?
1
What's a good setup for an experienced but rusty cyclist training for his first triathlon?
7
Does anyone make a split seat clamp?
1
Why don't race bikes have solid front triangles?
4
Are flip saddle posts available
3
What does this rod inside the my american classic seat post do?
5
Is it possible to increase maximum seatpost insertion length by filing down a seat tube bottle cage mount boss?
4
Why can compact frame in road bikes be made in less sizes than the traditional frame?