What is the difference between a horizontal top tube and a sloped one?

Some comparable bicycles have a crossbar (top tube) that's horizontal: 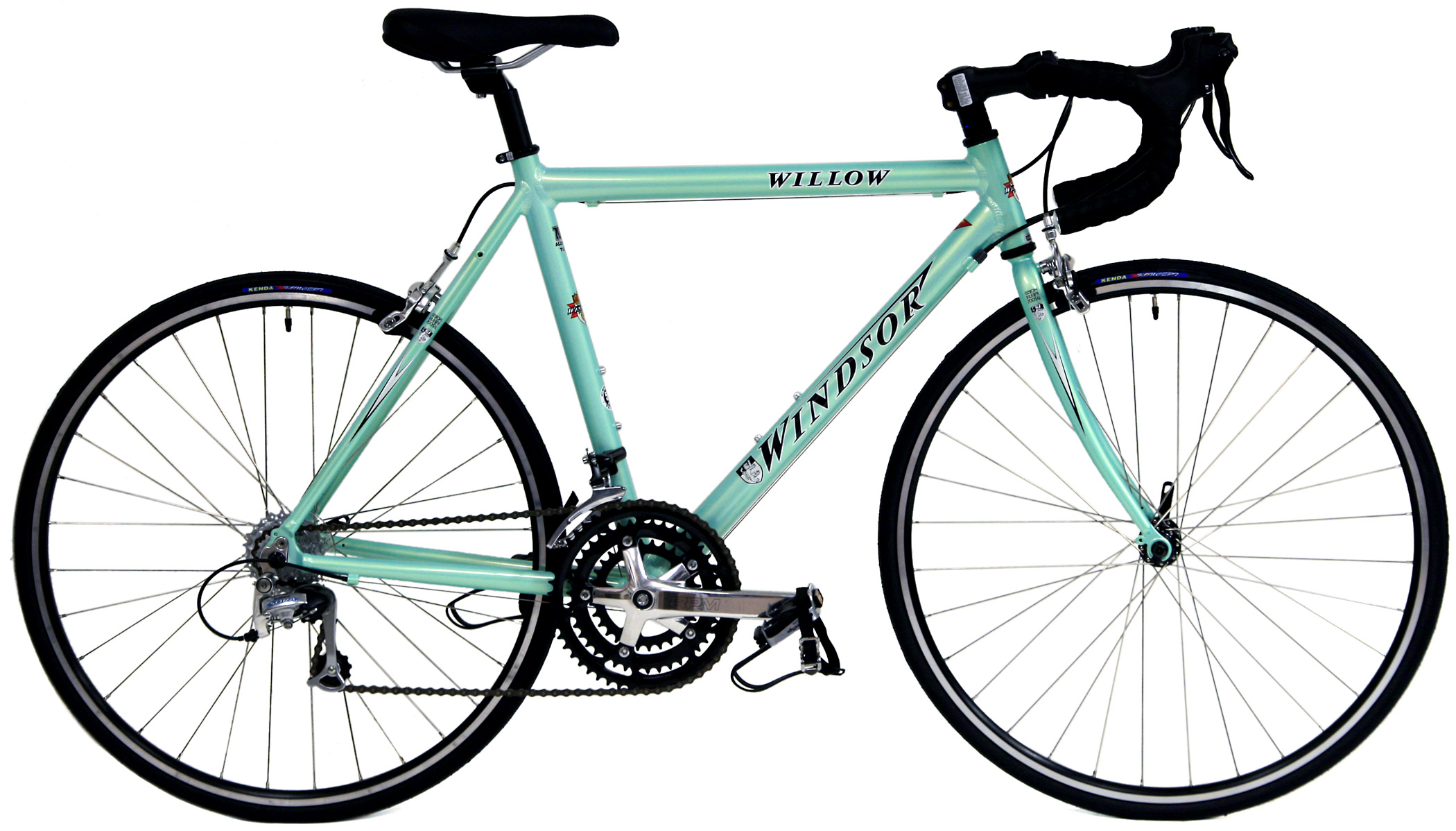 Others have one that's sloped: 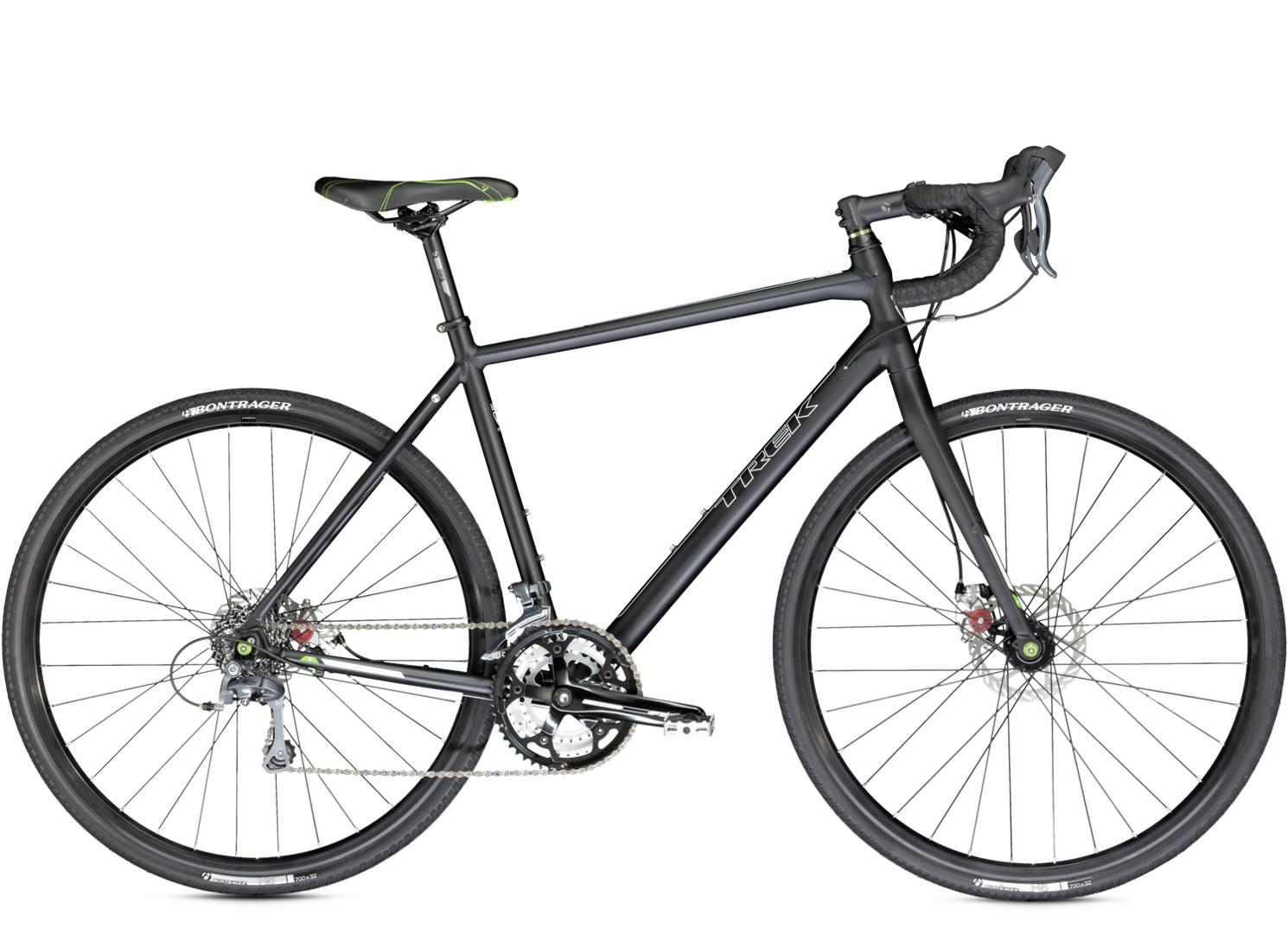 What are the reasons for either frame design? Is it merely style preferences? Or is there more to it, like performance and comfort?

I thought this was an interesting question, so first of all, +1.

First off, the sloping tube (your second image) is known in cycling parlance as a compact frame. I found an article on the Giant web site about the advantages of a compact frame. When I say "advantages" - this is Giant's word not mine!

The full article is here, but to summarise it:

Now I'll say straight away that you can attach your own weight to some of these features, this article has a whiff of marketing about it. But it certainly gives you some food for thought.

Interesting also to note that Giant's current top-of-the-range mens' road bike (the Propel) has a standard frame (i.e. horizontal top tube). Take from that what you will!

The trend towards compact frames goes back to the early 90s and an Englishmen named Mike Burrows. Burrows helped design several time trial frames which featured a radically lowered (but not sloping) top tube and a very long seat post. During this time most time trial bikes had top tubes that sloped from the seat DOWN to the head tube (the opposite of what we're now used to). Burrows thinking was that it allowed the rider to get into a lower position, a horizontal top tube presented less drag and that a reduced head tube would also result in less drag. Chris Boardman, one of the top time trialists at the time, rode a Burrows designed Cougar time trial bike and helped establish the look.

Soon Burrows expanded the compact design to road bikes but raised the head tube so the rider could be in the right position for road riding (versus time trialing). This created the now common upward slope in the top tube. He also thought that the compact sloping design would allow for fewer frame sizes being needed which would greatly simplify manufacturing and inventory. Adjustments would only need to be made by swapping out stems and seat posts. Burrows got Giant to embrace the concept in 1995.

Giant took over sponsorship of the Spanish ONCE team from Look in 1999 (might have been 2000?) The bikes were aluminum models and while very light they were also pretty harsh riding and the rear triangles were extremely short (the back of the seat tube was dented to allow clearance for the rear tire!) which made for poor descending.

The bikes sold in shops featured adjustable stems and airfoil shaped seatposts. While the number of frames dealers had to stock went down the shops were required to stock different lengths of seatposts as the airfoil shape severely limited the range of adjustment. This was almost worse than having to stock multiple frame sizes (I worked at a Giant dealership at the time) Also the adjustable stems were too flexible and heavy for use in pro racing and fiddly on the consumer side. Finally, three sizes turned out not to be enough and so Giant had to expand to offer 6 sizes which pretty much defeated one of the main selling points.

Reality is it's largely a fashion statement. For every pro there is a con. A sloping tube may make for a stiffer front triangle but a sloping top tube also adds more drag. Shorter seat stays make for a stiffer rear triangle which can make a bike more responsive in sprints but also doesn't absorb shock as well. A shorter seat tube is lighter but a longer seatpost is not.

Its all about inventory and stock levels. Historically frames came in increments of 2 or 3 cm. So one model might be stocked in 48/51/54/57/60 cm or 48/50/52/53/56/58/60 By having more adjust in the seat post, the supplier can stock three frame sizes of small/medium/large and make up the in-between sizes with longer or shorter seat posts, which will fit all frame sizes.

Personally I loathe long seat posts. Being a rider with long legs, I have my seatpost high normally. In the last couple years I've bent three seatposts because they're just too damn long, and my bodyweight plus leverage is just too much. Now I've taken to hammering a second steel pole up the seat post tube on all my bikes. Ugly and heavy, but fixes that problem.

I'd say, this is mostly a fashion thing. Both designs are valid and good, so it's the market that decides which bikes are built, bought, and ridden. Times may come where everyone is rediscovering the beauty of the horizontal top tube...

I'm not sure how much of this is marketing, but I believe the main reason is comfort.

The longer seat post has more flex to absorb bumps and the seat stays being lower gives the rear triangle more flex too.

Another advantage is a lower stand-over height for bikes with high bottom brackets.

Assuming that the "virtual geometries of the bikes is similar (in other words if you measured the bikes as if there was a horizontal top tube), the big differences will have to do with fit. You have three choices:

An expanded geometry results in a stem that is higher than it would be on a bike with a horizontal top tube which in turn makes it easier to get the handle bars high relative to the saddle. To me this also looks a bit better than a standard frame with a tall stem. There is a bit more material in the frame, so it is probably heavier by some tiny bit.

A compact geometry means that you get a lower standover for the same (virtual) frame size. This seems like a nice feature in a mountain bike. It probably makes the bike a bit heavier than a standard frame since (I'd guess) that seat posts are heavier than seat tubes and the top tube is longer than on a standard frame.

Depending on what you want in a bike any of these choices can result in a good fit. So some of it comes down to what looks good to you.

It seems noone has a clue really, so my opinion (and we all have one!) is it is fashion, and ease for sizing by the manufacturers. The same size of frame can fit more people.

I do not believe that a compact frame saves weight. I ride a 32 year old road bike( horizontal top tube) that weighs 18.4 lbs (8.3 kg) My stepson has just bought an aluminium framed "compact" with all the bizzo on it and it weighs 18.2lbs (8.2 kg) so not saving weight.

1
Low Top Tube Xtracycle Donor Frame?
6
Is there much of a difference between flatland and park/street frames?
2
Can a bike frame be retrofitted with internal cable routing without Disassembly?
0
Commuting bike with the bowed top tube
1
Are bikes with sloping top tubes lighter than bikes with horizontal top tubes?
4
Properly sizing a frameset online (Ritchey Road Logic)?
3
Is this old steel frame MTB too big based on standover clearance?
14
Why are all road bike frames now squashed parallelograms?
3
Question about different frame construction details. Dropped seat stays, Mono seat stays and ISP Carbon seat tube
9
Were older bikes generally longer?