This site is currently in read-only mode; we'll return with full functionality soon. Follow @StackStatus or visit our status blog for more info.

DIY solution for carrying kids on a long-john: ideas?

I ordered a long-john (namely, a Bullitt Clockwork) and - the official folding seat/composite honeycomb bottom being way too expensive for my budget, I am now in the process of building a passenger seat for my son (1,5 years old).

I wish my seat to:

My first impulse was to build something akin to the box the bakfiets comes with: 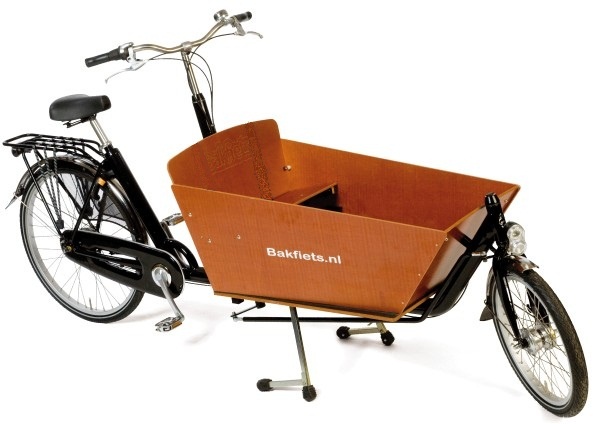 But while being cheap to build and relatively safe (the kid is enclosed in a solid structure) there is no support for the neck/head, nor the seat can be reclined.

My second idea was to still build the box but enclose/fix on the bottom of it a forward-facing child seat designed for cars. Not owing a car, I'm not sure of how that works, but I know as a fact that my friends children routinely sleep in them.

However this solution is relatively expensive/heavy, and in addition I either fix permanently the seat to the box (and then I need to always shelter the bike from rain/snow) or I make it releasable (and then I'll have to carry it around if I don't want to get it stolen / be soaked by rain).

Finally, the last idea I had was to mould a box-cum-integrated-seat in FRP (fibre reinforced plastic, think "fiberglass"). I have some experience with previous projects and the end result is light and durable, but getting it done is a labour-intensive process.

So, my question is: does anybody have an alternate idea on how I could build the seat for my son? Or an off-the-shelf solution that won't cost me an arm and a leg?

Putting child seats designed for car use into or onto cargo bikes is very common. The basic idea is to work out how you can mount it to your bike using something similar to the way the seat you have is mounted in the car so the mounts work properly. Just grabbing one and bolting it to your bike could easily result in it ripping off in a crash.

That said, I've seen a lot of people just drop the seat into the box and vaguely tie them upright. If you're going short distances at low speed, and you don't crash, that works. There's no real benefit in having a proper car seat if you do this, whatever baby container you have will work just as well/badly as long as the baby is somewhat strapped in and it's reasonably robust.

If you have a pram or push chair that you can remove the wheels from making a mount for that on the bike is probably going to be the cheap option.

The next step up is to anchor it properly by using the bracket that holds the box onto the frame and attaching straps to that that attach to the seat where the seat-belts do. Often that just means a piece of timber and some old seat belt straps held on with screws and washers. It's a bit crude but it works.

A different approach is to buy a seat that's designed for a rear rack and mount that in the box somehow. The easy way is the run a length of 2x4" timber the length of the box and bolt a rear rack to that (if the seat has quick-release mounts for the rack) or just bolt the seat to the timber. Then make a frame for that bit of timber that you can attach securely to the box but also remove when you need to. The advantage of that is that you can get a seat that has a headrest for your kid.

But if you're comfortable working with timber, I'd be very inclined to make something that does exactly what you want. Have a look at how standard bikes seats work and build something similar, probably with more padding. I'd be really tempted to make a wooden "cowl" that the seat can lean back into to support the kids head, but when the seat tips more upright doesn't get in the way. And use 100mm thick foam for the lining, rather than trying to suspend a wooden box.

This is based on what I've seen around the place since I don't have kids of my own. I'd say less than 10% of new parents that ride have a special baby-on-bike carrier, they almost all use a car carrier or similar and tie it into the bike.

This site is temporarily in read only mode and not accepting new answers.

Not the answer you're looking for? Browse other questions tagged children child-seat .

2
Do I need a Blackburn bike rack for my CoPilot Limo kids seat, or will the vintage Schwinn rack do?
4
How can I find a biking club that has a group for riding with kids in a trailer?
3
I'm looking for options for carrying 2 children on the back
2
Rear seat for kids electric bike above battery