Currently, I have Shimano Tiagra 4600 series brifters on my bike, and the barrel adjuster on the front derailleur cable slips when the shifter/derailleur is in the smallest chainring position, when the cable is at its slackest.

The adjusters appear to be Jagwire Rocket adjusters (see photo), and the cause of the slipping seems to be that the notches on the screw part and base are somewhat different in size and don't engage well enough to prevent the adjuster turning due to road vibration.

I could fix the problem with the existing adjusters by either filing out the notches on the fixed barrel to be slightly larger, or possibly using a mild threadlocker. However, I don't feel that these are good solutions to what appears to be a design flaw with the adjusters (which came with my bike from the factory).

I have a number of questions as to the best fix for this. Should I use the cable adjuster designed by Shimano , subassembly (4) on the ST-4600 exploded view, which contains an alternative baseplate to place on the shifter itself that provides the indexing and retention of the adjustment.

Alternatively, should I use an inline cable adjuster like the Shimano SM-CA70 (see spread 11/page 20 on the 24 MB 2013 Shimano Spares catalogue). I know that these are intended for brifters with under-tape gear cable routing, but are they higher quality than the adjuster that would be built into the Tiagra shifters?

Another option would be adjusters that fit into the downtube cable stops, but my frame (Cannondale Synapse Alloy) has somewhat unusual non-threaded ones mounted on the sides of the head tube, and I fear that the stops being mounted so far forward on the bike would pose an issue with sharp bends for the cable exiting the adjuster if the bars were turned a large angle. 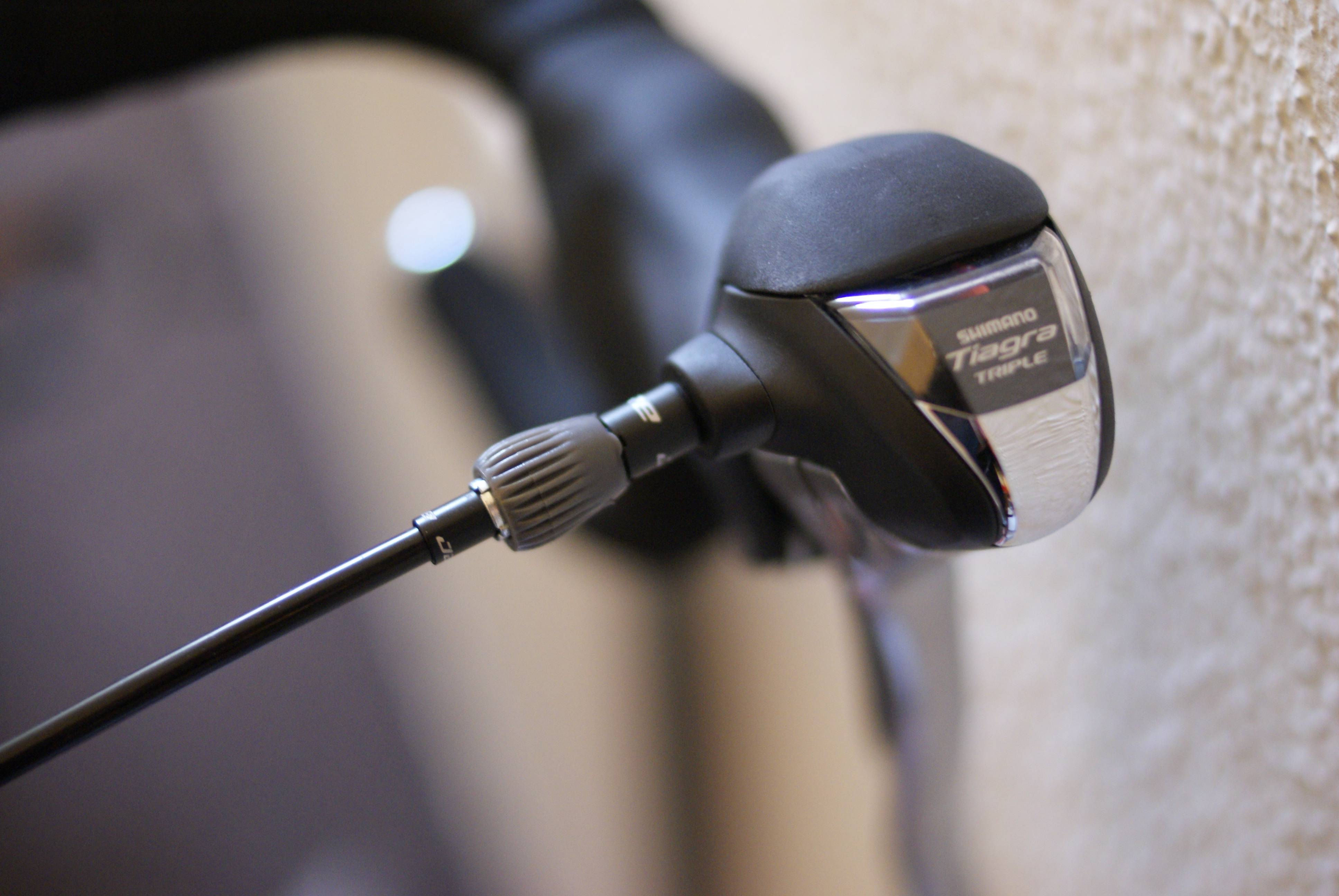 Small edit: If I had to summarise the question to be a bit more objective, it is this: do all cable adjusters for the front derailleur cable have issues with slippage due to the lower cable tensions, or are the Jagwire Rocket adjusters just unusually bad at keeping their position? Do either inline or cable stop adjusters generally perform better than the other option?

Thanks for posting this problem. I have exactly the same with my Cannondale Synapse alloy 2009 (Tiagra triple). During every ride I have to tighten the micro-adjuster. After renewing cables, housings, bottom bracket guide etc several times I have finally reached the conclusion it's the barrel adjuster itself.

I work in a volume dealership bike shop. One of the top in the country. I rarely, if ever, have seen this problem. The cable should not be slack when in low gear. Take it to your LBS.

Not the answer you're looking for? Browse other questions tagged shifter adjustment or ask your own question.

3
Barrel Adjuster hard to use and loose

4
Where are my barrel adjusters for my shifting cables?
5
How to adjust cable length on integrated brake/shift levers, when there is no barrel adjuster?
0
Shimano gear cable adjuster barrel replacement
5
Can you have too many in line barrel adjusters?
4
Shifter with stuck barrel adjuster
3
Barrel Adjuster hard to use and loose
2
Shifter not changing gear cable tension
0
Front derailleur will not sit properly on large cog without chain rub
1
How to get housing seated into shifter barrel adjuster
17
What are the counter-intuitive surprises an amateur bike mechanic encounters, after pedals and cables?