What's a safer alternative to a flag for marking special bikes?

Every year I marshal a family ride organized by my local cycling campaign. As it's targeted at people who don't cycle long distances, the main job of the marshals is to offer help to people with mechanical problems, as well as to give them confidence they're following the right route.

To make us more visible among the huge crowd of bikes, we carry flags, like this:

These flags are very effective and visible, but have some problems:-

They also help a little with publicity, as passers-by always stop and ask us what the flag is for and where we're all going. (The design of the flag itself is irrelevant: the one pictured here happens to be the county flag of Northumbria, but all the marshals have random flags.)

Is there a way to improve on this design, removing one or more of these problems without making the marshals less visible? HV jackets just won't cut it: you can't see one HV jacket in a dense crowd from more than about 20 m away. Besides, some normal cyclists wear them, which could cause confusion. Rigid flags won't work either, even if they're shorter: there are parts of the route where even the riders have to duck under low branches.

Despite editing this down I could make it into a comment (plus:pictures), so here are some ideas:

At the very least 1 or more streamer (like wide ribbons) would be less likely to snag than a large flag, as well as being less of a shock if it gets someone in the face. 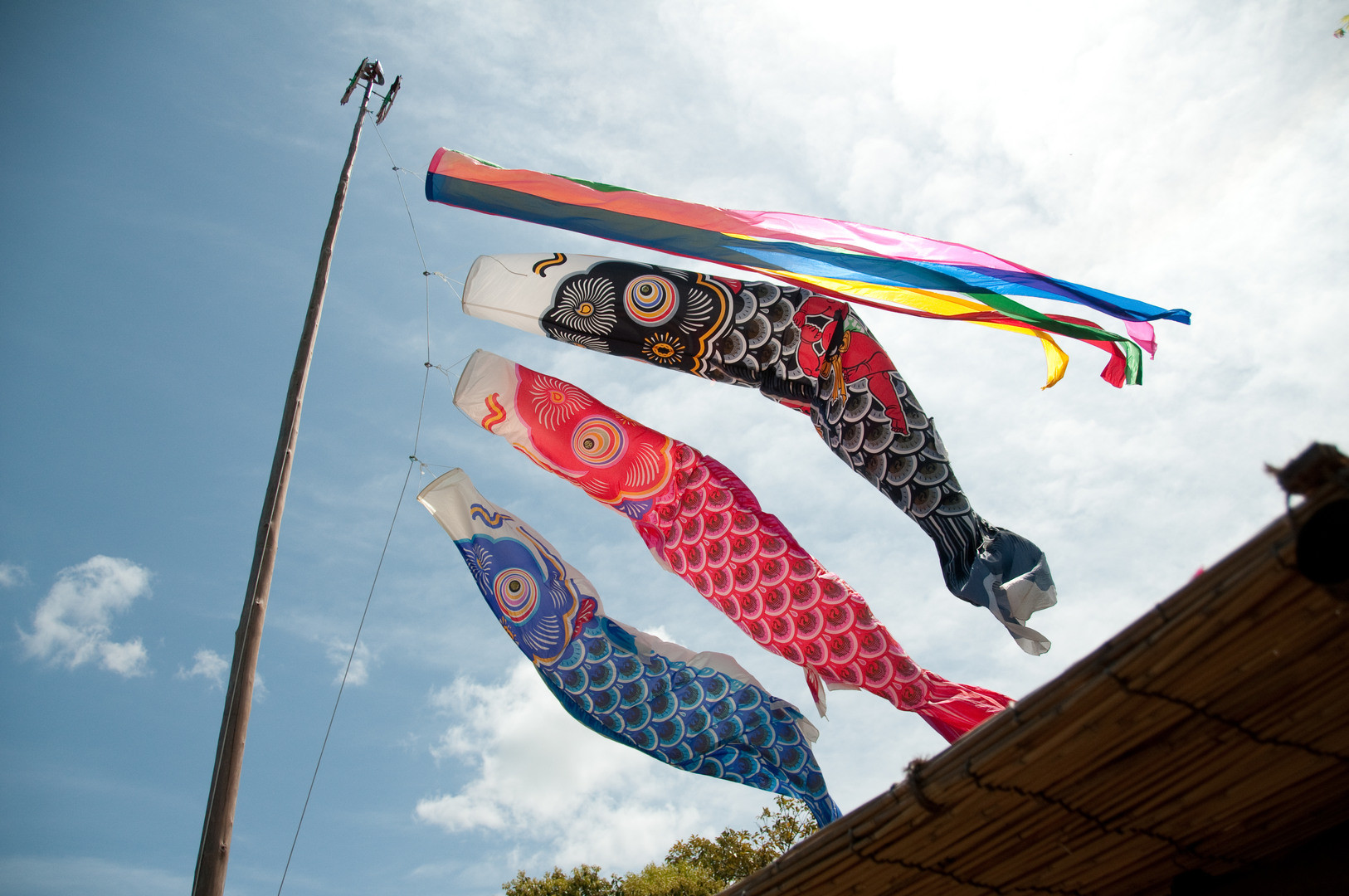 You need height for visibility as you implied - maybe a bamboo cane to a bit over head height then something more flexible (springy wire, I can't quite think of what but I know I've seen something recently). You could bend this to give you some stiffening pointing backwards making it less likely to blow in your face. I guess a neat spring mounting to allow the flag to be pulled down and back under a branch would be too risky for a close follower. 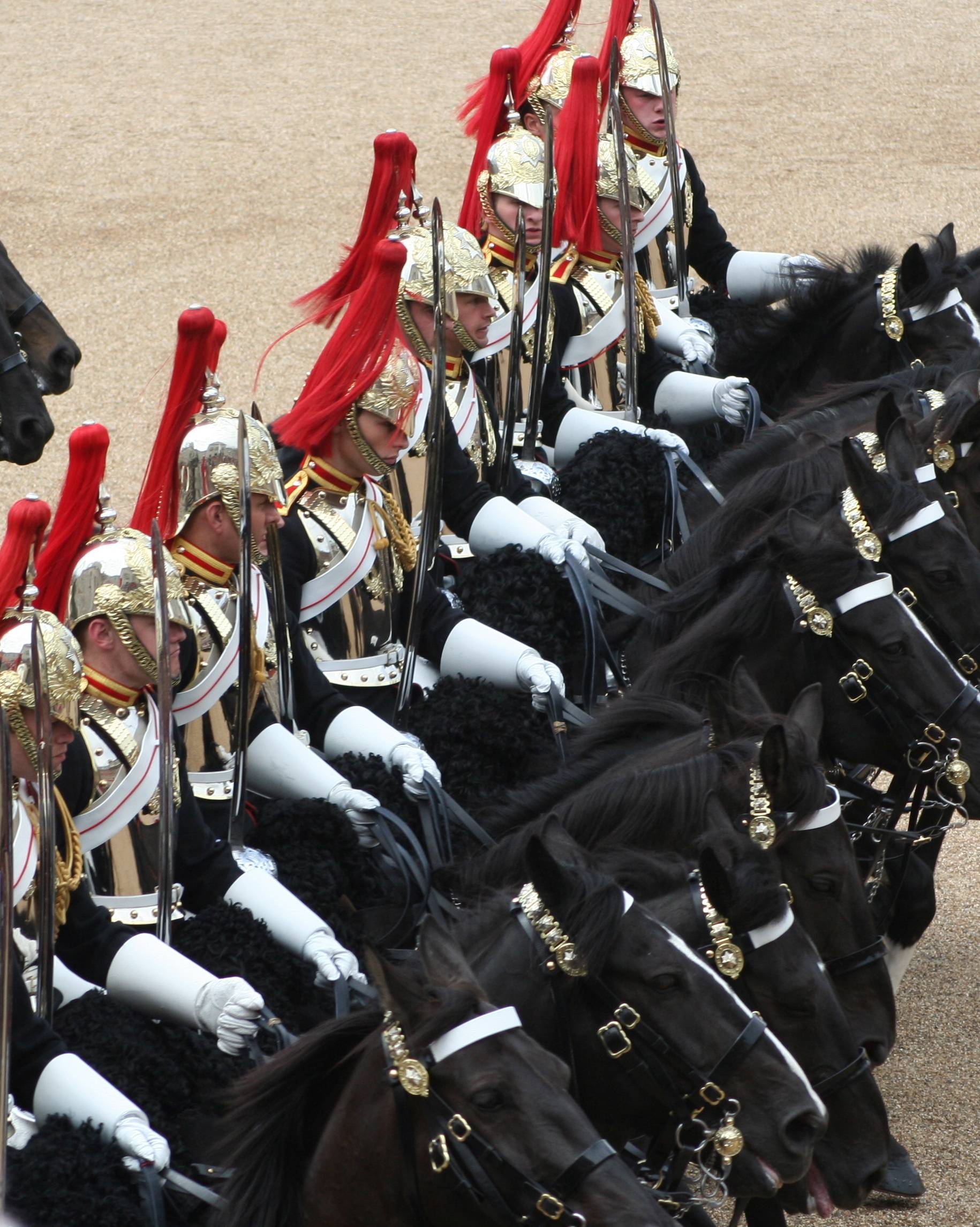 You duck your head anyway if the branch or whatever is that low.

Note though, I'm used to (non-cycling) events where the organisers are in fancy dress or at least distinctive hats)

Some local recumbent users have a different style flag on their bikes rather than the rectangle or the pennant. I couldn't find a photo online, but the flag is about a 1~1.5 meters tall, and the poll runs up the whole length of it. It is then about a half meter wide. There is very little flapping around and nothing loose to blow in faces and get tangled up. I came across them driving so I can say they make you visible. I have seen businesses use them before for advertising signs in windy locations.

Here is a image from Wikipedia. It is called a vertical flag on it, the type I'm describing is 3. (image credit)

Find some recreation types who could make you a Sashimono?

What's the budget, if any, for buying commercial off-the-shelf Cycle Campaign advertising flags (could perhaps be re-used at desk outside Guildhall or similar events)? Something like http://www.printlit.co.uk/expo/beach-flag/backflag/eco 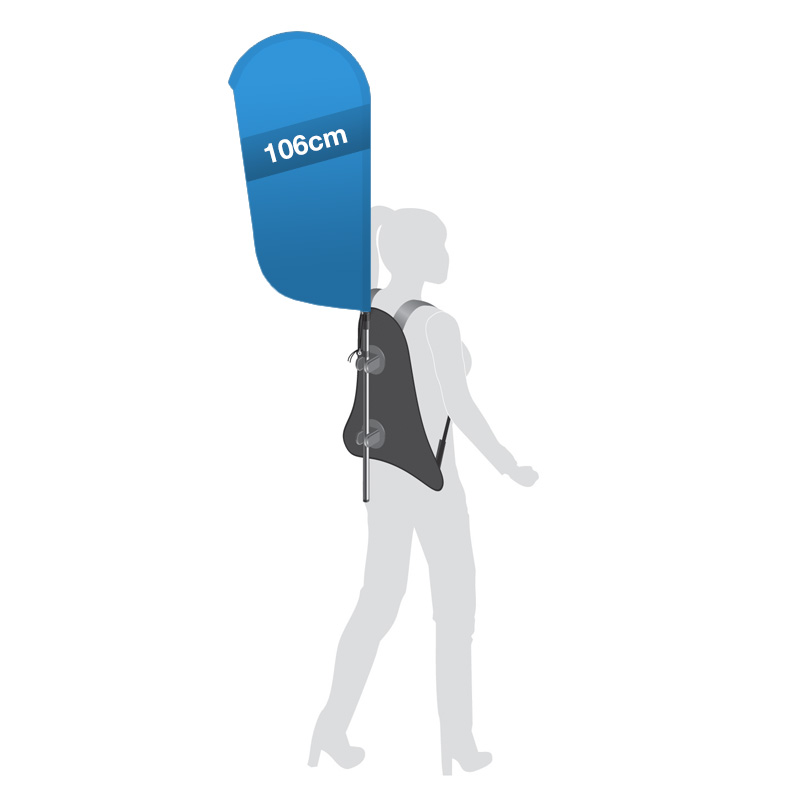 I suggest simply installing a couple of rear bike lights (the red flashing type) on top of a moderate length of PVC.

Being small and lightweight it will practically eliminate the problem with side winds, a bike light is usually designed to be mounted on a seat tube, so you don't have to do any bizarre engineering there. Also you can use them for the regular purpose when not marshaling, thus cutting expenses. (Seeing it the other way, you can just borrow lights from people not riding that day)

I recommend using "fresh" PVC in of 1/2 inch nominal size, since it is very flexible. I Insist that the PVC has to be fresh, I mean newly fabricated, because this material tends to loose flexibility over time. If you decide to use it, just test it before installing in the bike bi trying to bend it by hand. You should be able to bend it enough to make a semi circle with a length of 2 meters. If it's not possible, better not use it (it may be old and brittle). When not in use store it in a cold place where it's not hit by sunlight nor sun/heat radiation.

On the funny side, the bike will look like a police patrol motorcycle, childish but awesome!

Not the answer you're looking for? Browse other questions tagged visibility organized-rides or ask your own question.

3
How do you remember which rack you have left your bike in?