I have a mountain bike that I take out to a local bike trail. Currently I have some thin XC tyres and they don't seem to offer much grip when going at speed. The trail is 80% downhill and mostly loose gravel.

What tyre type would you recommend for loose gravel?

For loose gravel, I believe what you want is big, wide tires that you run at a relatively low pressure. I don't think knobs will help much.

The wider the tire, the more it will press the loose gravel down instead of pressing through it. If the gravel is pressed down it will tend to stay more in place. Also, if some of it shifts, a wider tire will be more likely to have grip on something that isn't shifting.

Take into account that you'll always have an upper traction limit of the gravel's friction against the gravel under it, which can be quite low, especially with smooth rounded pebbles that can roll over each other.

I think it would be to your benefit to find out the width of your fork and chain-stays. That way you can determine the size of tires that your bike will accommodate. Generally speaking, the larger the tire, the larger the contact area it will have with the gravel. Also keep in mind that tire pressure will play a role. The lower the pressure the more grip you will have, and the higher your pressure, the more likely the tire is to dig into the gravel and slip, rather than roll over it. In general, the bigger the tire, the lower the pressure, the better your grip in mud/sand/gravel. This does however, come at the sacrifice of speed and an increase in rolling resistance, but considering you're going downhill, it shouldn't matter too much. I am under the impression that because you're riding cx tires, that your bike is rigid. You shouldn't be expecting the same kind of traction you might get with a full suspension bike, as you're mostly hopping over the terrain, rather than tracking it with your wheels. 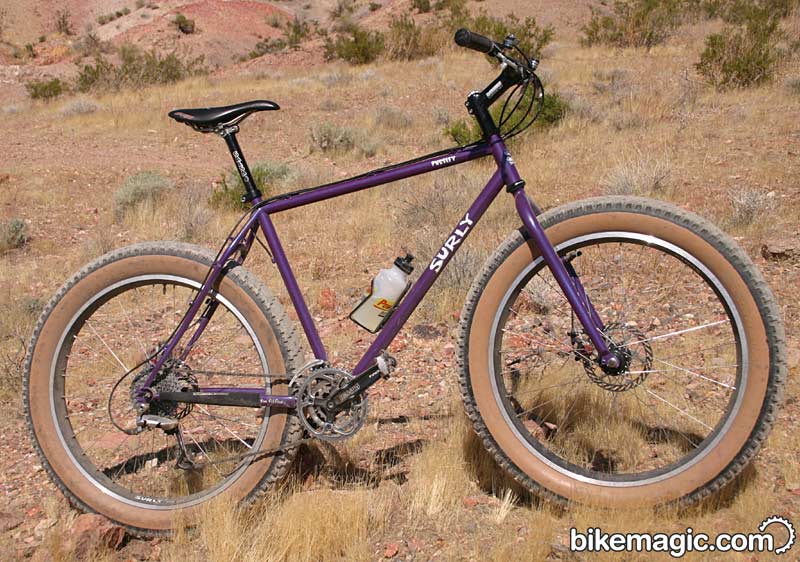 Take a look at how wide those tires are. They're 3.7 inches, and designed to roll over sand, gravel, and even snow. These are specialized tires, but they help give an idea of what you should be leaning towards.

Not the answer you're looking for? Browse other questions tagged tire mountain-bike or ask your own question.