Is this a good bike light? And should I give these people my money?

I was was checking out this bike light. It looks good enough for me. I (rarely) get lost on trails around dusk, but more importantly I commute - a lot by bike. I really just want to be seen.

What caught my eye was the review: there are nearly 500 5 star, and a mere 17 1 star review. I'll take my chances. But this is where it starts getting questionable.

First off, they make sure you get to read #1 Bike light on Amazon, if it is. Okay. But, in the video they use to advertise it, they claim that most bicycle accidents happen at night - they don't, as you can read about here. They also flash statistics in the video that aren't related to the time of day... at all....

That said, this government source says it is more risky to ride at night (more people probably ride during the day. Is it proportionately more dangerous?)

OK so I do a lot of bike light reviews. I originally started writing them for this very site's community blog, and now I run a separate website called The Bike Light Database.

I've reviewed this light specifically, and can say that while it is cheap, it's not a good choice for someone who seriously bikes at night. The build quality is poor, it doesn't put out much light, and the optics are crap. There's no side visibility. The mount is annoying to use and bulky. The light dims quickly as the non-rechargeable batteries drain, and the contacts are of poor quality so sometimes the light just stops working unexpectedly.

I think their page makes a lot of dubious claims. The taillight in the video isn't the taillight they include. My rule of thumb is, if the Amazon product title says anything more than the name of the product or is more than 1 line long, I don't buy it. They're trying too hard to sell it and it's probably crap.

Furthermore, some of those pictures are very obviously other products. This is a real beamshot of the light that I took. You can see an interactive version to compare it with other lights on the site. 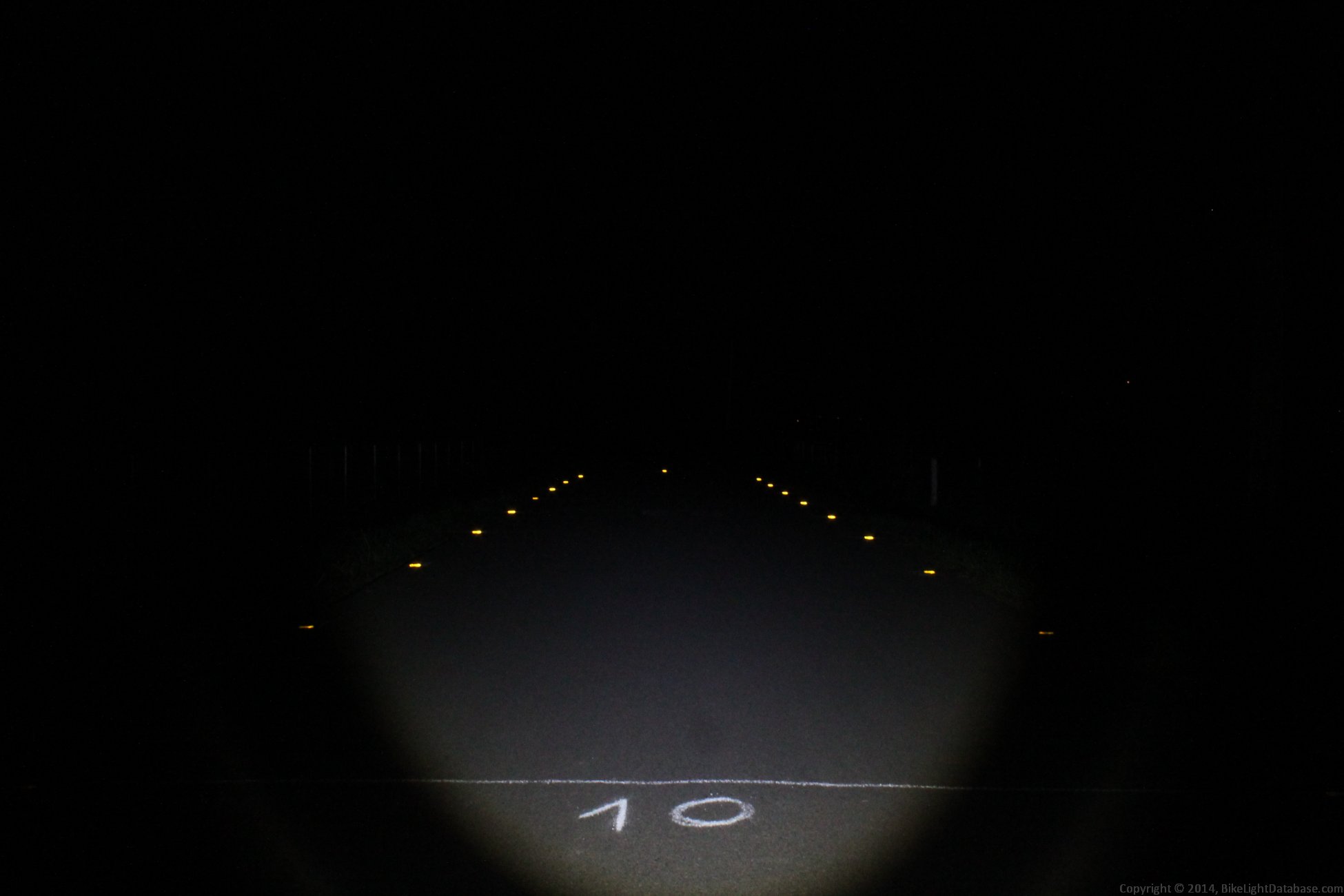 Looking through the reviews on the page you linked, many of them are verified purchases, but not all are. I think it's unlikely that most would be faked, but there may well be some fakes. The real issue is that to a lot of people, it seems like a perfectly good bike light because they've never seen a good bike light. It's cheap, it does what they expect (lights up), and it doesn't have any immediately obvious problems, so it gets 5 stars.

For people with a small budget and simple needs, this light is just what they want. That doesn't mean the advertising is truthful, and it doesn't mean the light is any good. It's the same as asking somebody who bought their bike at WalMart if they like it. "Oh yeah, 5 stars, it's great! Totally has pedals, moves forwards, even stops when I use the brakes!" And yet we know better here than to buy a bike at WalMart.

I've also addressed the issue of "eBay China lights" in my FAQ. While on the surface the specifications look just as good as any other light, it's the details of the design (not to mention the ethics of the company and their marketing) that make the difference. There's also a lot of lies in the specs that companies list - I highly doubt this light actually puts out 200 lumens, for example.

Hopefully that sort of answers your questions. If you'd like to talk more about lights, ping me in the site chat or leave a comment, I like discussing lights! And if you're looking for a better light to choose, I have some pretty detailed suggestions on my lights site!

Sellers on Amazon.com have a lot of leeway in the naming of their products and advertising script they use. In that sense, Amazon is becoming more and more like ebay.

Rather than the feedback (or lack thereof), the technical specs of the light should be warning you to stay away. Powered by only 3xAAAs, there's no way this light is getting more than a few dozen lumens. The AAAs don't have enough amperage and the fact that the light is using 3 of them indicates that it's more or less direct-drive and isn't using any sophisticated buck-boost circuitry.

Even the advertising photograph showing it lighting up a trail is fishy. The light on that bike is clearly not the light advertised. It's much larger.

If you really want to light up the night, you have to get a light that's powered by something more powerful than alkaline batteries. Most of us with 300+ lumen spots use lights powered by three or four 18650 rechargeable lithium-ions. These can give off a constant 3-4 amps of power each.

And yes, reviews are easily faked.

The linked flashlight is absolute crap: i have bought one for about 2 $ off ebay, inclunding a cheap tail light, and it is bright enough to lighten up the way to the bathroom at night without disturbing my wife. Not more, not less. For serious commuting, i would recommend a USB-chargeable bike light, like the Lezyne Power Drive or Super Drive series: http://www.amazon.com/Lezyne-Power-Drive-LED-Silver/dp/B008R5Q9OG/ref=sr_1_8?s=sporting-goods&ie=UTF8&qid=1403247933&sr=1-8&keywords=lezyne+led

I have a similar one from BBB (USB, Li-Ion, symmetric emmission) with measured 450 Lumens, and use it at about 150 Lumens most of the time. I also built a small lid to avoid blinding forthcoming riders, and as a side effect, the lid reflects more light to the ground, making it more efficient.

In the probability I'll get dinged I'll put my two cents in. I commute and night ride on the road a great deal. I have used niterider and lezyne lights to good effect, but they were not cheap. A friend bought a light off of ebay, and at first I scoffed. Not promoting it, but the name is "Bright Eyes". It is insanely brightly, has a strobe mode that startles drivers during the day and costs 45 bucks. He has had his for over a year, and I bought the second version 9 months ago as I like to ride long and do not find the 2 hour lifespan of the lezyne or niterider system adequate.

In this case with this light I have been very surprised and very happy with the product. It is a little unpolished when it comes to features and the lack of a wider lateral coverage area for the beam is a negative but not a serious one.

Regarding your light, I do think caution is in order. You generally get what you pay for. But there are exceptions. Take your time. The great thing about amazon is that if the product sucks, you can return it with no issues.

Good luck! And remember, people use to crush the Japanese for low quality work. Their economy transitioned out of the bin and is now a by word for quality. China is in that transition itself.

Not the answer you're looking for? Browse other questions tagged headlights lighting or ask your own question.

0
What is the difference between Light and Motion's Urban 800 Chainbreaker and Urban 800 Anchor Steam bike lights?
1
How to tell if this light's bulb is blown? And what kind of light is it?
4
Is this a bike light and how do I turn it on? (I know it sounds stupid)