chain getting stuck between chainrings

I have an old Cannondale road bike with Suntour shifters.

When I shift from the front middle ring to the small inner-most ring, the chain falls into the gap and binds tightly between the two rings. The chain seems to be an appropriate width for the back cassette and there doesn't seem to be anything that I can tighten to close the gap between the two rings (the two are screwed together and seem tightly affixed to one another).

Aside from not using the inner-most ring, I'm at a loss for what to do. Any ideas (aside from a fixie)?

As I see it, from my experience you may have any one or a combination of the following issues (from most to least likely):

I had the same problem and it turned out that someone installed the small chain ring the wrong way and this increased the gap. I turned it around and it works perfectly now.

High force gear changes are sometimes the problem. Try to anticipate as you would in a car. Also, is the chain compatible?

Same thing happened to me this week however it was with a practically new KMC chain. I run a Shimano 105 10 speed triple 50/39/30t and whilst cycling up hill I shifted gears and the chain stuck in between the 39 and 30 chain rings. I took a picture as I couldn't believe this could actually happen. 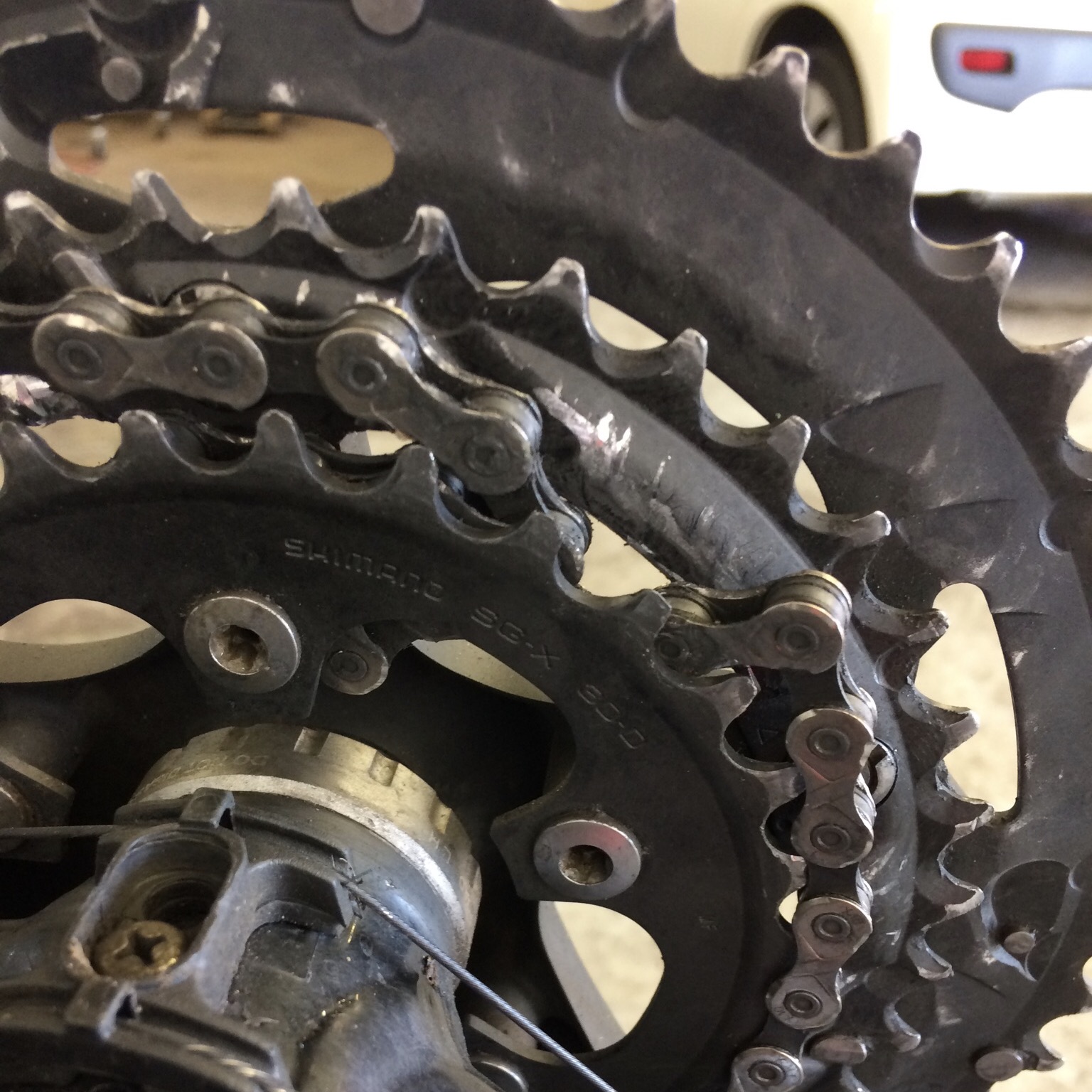 Thankfully I was near a garage and asked if they could help as even though I had a multi tool it didn't have a T30 torque head so that I could release the bolts. They totally helped and after saying a huge thanks and promising to bring my car in next time it needed a service I made my way home.

Upon checking on Strava I realised that my current 5703 triple chain rings installed as a full crankset in June 2015 had grinded out well over 15,400 kms to was probably due a change and the wear in the rings probably caused the problem. I usually change my KMC chain every 5,000 kms so I guess 3 chains for every crankset is about the limit. Thankfully I found a new 170mm crankset on Chain Reaction for just over £100. I will be installing this when it arrives as a precaution as I don't want this to happen again as I almost fell off into oncoming traffic when it got jammed.

Not the answer you're looking for? Browse other questions tagged derailleur front or ask your own question.