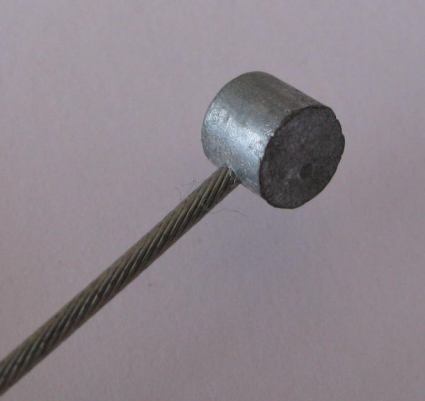 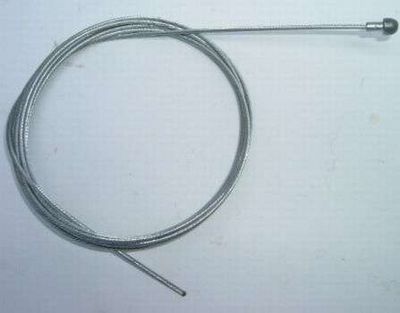 I'd like to understand more about them. Why have two designs evolved? Does one (for a given type of bike (or brake?)) offer advantages over the other? Or, is it all just "marketing"? Lastly, are there any other designs in common use?

Original MTB brake lever designs did not include a rotating barrel inside the lever to account for the change in angle as you apply the brake, so the wire end needed to be round to accommodate this.

Road bike brakes have had the interior rotating barrel for a very long time.

If the wire end does not rotate, the brake wire will be flexed in a "coat hanger" way and break in a relatively short time.

They are two different solutions to the same engineering problem.

During my research, I came across this post on Brake cable replacement: Nipple types, which has one alternate (historical?) naming for barrel and pear (or egg as referred to in the post):

I still prefer to refer to the ends themselves,ie. barrel or egg (we used to call them Weinmann and Phillips, then both companies started making levers with the other head muddying the waters).

While this doesn't directly answer your question, it would seem to provide a possible manufacturer origin of the two forms.

It is the design of components that determine which cable end is used. For somethings change comes slowly. My guess is that at some point in time someone wanted a lighter more compact cable end and designed what is currently called a road style end. That has become the standard. It would most likely work on a mountain lever that was designed to accept that style end. To my knowledge no one makes them. It is similar to the presta , Schrader issue. Presta valves were designed to allow rims that were thinner than was possible with a larger Schrader valve. While some mountain bikes are equipped with Presta valves but most mountain bikes still come with Schrader valves.

As far as I have been able to tell, there is no difference in terms of functionality or practicality.

With many bicycle components, different manufacturers create their own standards purely to ensnare customers. All of the vintage brake levers I have seen use pear nipples, so I assume the barrel nipple came later, but I have no idea which manufacturer first designed a barrel-style lever.

Personally I just find it an unnecessary annoyance... you can't really say one is used for road bikes and the other for MTBs... the bar end levers on my road bikes take "MTB"-style barrel nipples. Plus I have an older MTB with V-brakes that's fitted with crosstop levers - those take pear nipples. It's just a chore having to double-check before you go and buy new cables.

Both kinds are trivial to install, and work just as well as each other once on the bike. Although one style may be more prone to mechanical failure than the other, I am sure that the points of failure for both are far beyond the serviceable life of the cable (i.e. it will have stretched, frayed, and rusted considerably by the time the nipple breaks off).

Not the answer you're looking for? Browse other questions tagged brakes cable rim-brake nipples or ask your own question.