What are the downsides of a twisted wheel?

After a collision where somebody fell on me, my front wheel is twisted to the point that it slightly touches the brake once per revolution causing a soft screech. Logistically, I can't get to the shop to repair it right away.

First, is this condition dangerous? Should I stop riding the bike until it is repaired?

Second, if there is no danger, what are the pros and cons of repairing it at all as opposed to leaving it that way? This is a cheap bike I bought used, and if they need to exchange the whole wheel, it might cost more than I want to pay. I find the sound slightly annoying, but not terribly intrusive, and if there are other influences on the riding experience (slower speed?) I haven't noticed them. The light dynamo still works.

If it's relevant, I'm talking about a simple Dutch style bike without any fancy parts. I only ride it on paved flat streets.

Any wobbly wheel with standard spokes can be "trued", so long as there no broken spokes and the rim itself is not bent.

It requires the proper size spoke wrench and a "truing stand". For more precise work you would also want a centering gauge, but that's not necessary in simple cases.

The "truing stand" can be a fancy $300 affair, an el-cheapo $50 unit, something you cobble up, or the bike itself. 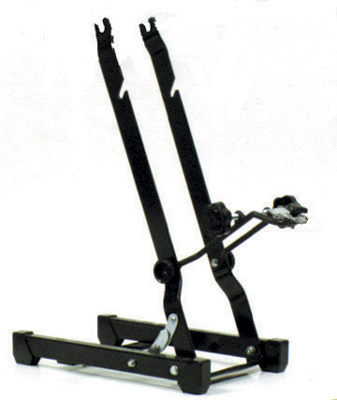 The spoke wrench should be a good one. The circular wrench with multiple notches is a poor choice here, as it is often poorly made, does not get enough of a grip on the spoke nipple, and can hence can result in "rounded" nipples. Invest in a good wrench for your specific size spoke nipples: 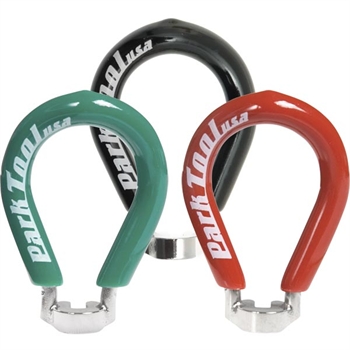 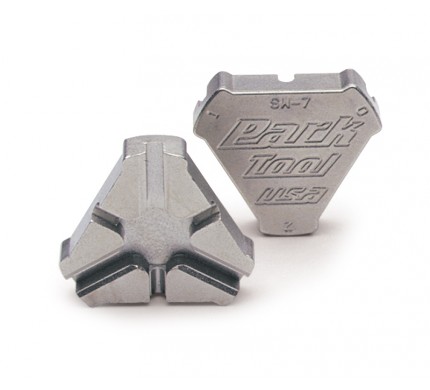 For newly built wheels many folks like to have a spoke tension gauge as well, but it's not necessary (and probably a distraction) for truing up a wheel such as in your case.

Truing is simple and complicated. It's simple if you only have to slightly tweak the wheel, and if you have a good understanding of the mechanics of the wheel. It's complicated if you're truing a newly-built or badly "tacoed" wheel, or if you don't understand it and and are trying to do it according to some "cookbook".

The basic process is to observe how the spokes run, tighten those that will pull the wheel "true", and, sometimes, loosen "opposing" spokes. To tell if the wheel is true you spin it in the "truing stand" and observe whether the two indicator fingers maintain a constant distance from the rim or move in/out relative to the rim. When you use a bike for a truing stand the brake pads (of rim brakes) serve as the indicator fingers.

Make adjustments in small amounts -- rarely more than one complete twist of the wrench, and more often one-half or one-quarter turn. Spin the wheel to check after each adjustment.

Be wary of "stuck" nipples. If the nipple will not turn on the spoke after applying a moderate force (the spoke will twist instead) you may have a seized nipple and going to a bike shop may be a better option. Rounding over a nipple is not the end of the world, but it's a bit of a pain, since the tire must be removed to get the nipple out and replace it.

You are lucky to have V-brakes, because they make repairing the wheel yourself an easy half an hour task. Plus the tool is $2 usually.

Spokes pull the rim one way or the other (look at the spokes and their angle from the hub flange to the rim). If you tighten a spoke, it pulls the rim away. So, you 1) tighten your brakes barrel adjuster until they rub heavily 2) tighten the 2-3 spokes around the dent to pull the rim away 1/2 or 1/4 turn and loosen the the same amount the spokes, pulling the rim the other way 3) repeat many times, until there is nearly no rub 4) loosen the brake's barrel adjuster to the normal riding setting.

If you don't fix the wheel, it will be easier to get damaged the next time. That's it. 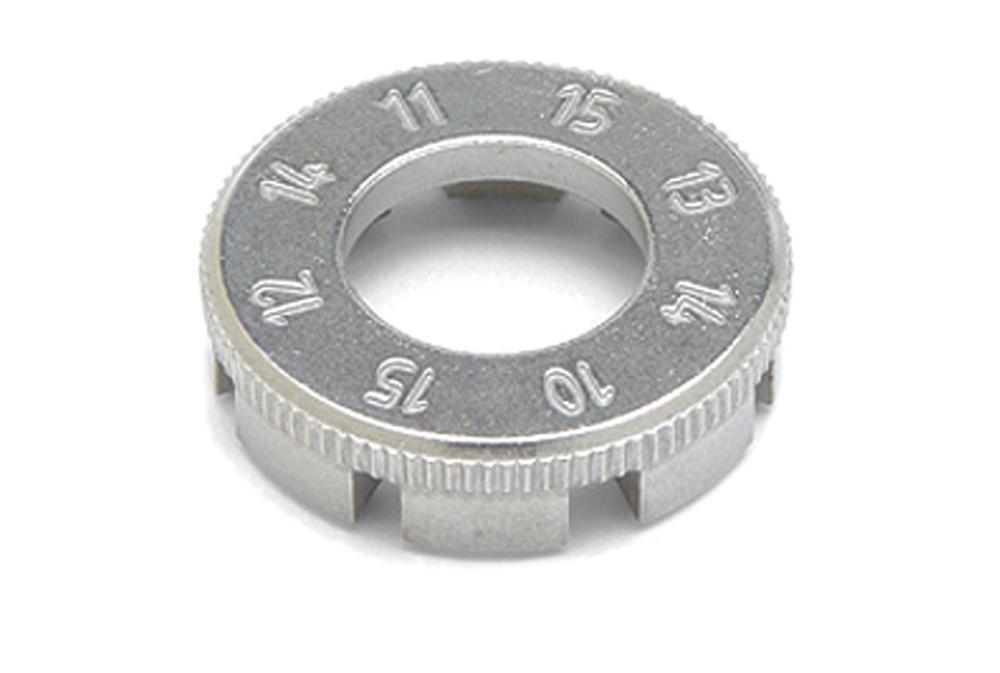 There is a down side to not fixing the wheel if it is bent enough to rub the brake.

Consider getting a spoke wrench and at least true it enough to not rub on the brake.
How to true a wheel while its on your bike

If it is only rubbing lightly then no real harm riding it a few days if you are not riding it hard.

In the US is is $15-$20 a wheel. Some times I see 2 for $30. If the other wheel has any wobble then consider doing both. They need to pull the tires and tubes to true so if you pull them you make it easier on the shop. I do it because I think they may take more care in truing.

If it barely touches the brake pads, then it is not critical, you should be able to ride the bike for a time before taking it to a shop for truing, specially if you ride it only for commuting on paved roads, However, don't let the problem stay forever, as it will degrade over time and will get harder to fix.

I wouldn't recommend riding a bent wheel on a racing bike because of the much more demanding loads (Higher speed, hard pedalling, hard cornering).

The downsides, as the previous answer says, is that the wheel in this state is prone to be damaged more easily in case of another collision or in case of an overload. (Say, loaded panniers or a passenger in the bike). That is because laced wheels depend on certain degree of symmetry to evenly spread the loads through several parts each time. When a wheel is bent, part of the spokes are bearing more tension than others.

Bike wheels have relative high tolerance regarding symmetry failures, specially steel rims, that tend to be common in cheap bikes. (Here in my country I have seen people riding wheels so bent that you can even see them wobbling from several meters away.)

Another downside is that It causes uneven / unnecessary wear of the pads, and it also slows you down. (Every time the rim touches a pad it's like braking a little)

The first answer briefly explains how to resolve the problem by yourself, but if you want more information, search for tutorials on "How to true a bicycle wheel", there are plenty of them. You will even find several videos. Search for one that explains how to do it on the bike (Professionals use a truing stand, but it's not worth for a one time job).

The tool you need is called "Spoke wrench". If the spokes are rusted or if they haven't been adjusted for a long time the nipples may be seized to the spokes. You can use penetrating oil or rust remover. Let soak in before working on them.

This is the brute force method and may be applied if you desperately need a quick fix. E.g. you're in the middle of nowhere, the wheel won't spin at all and it starts raining... You're planning on replacing the wheel completely, but first want to get home.

The technique is much like breaking a stick with two hands and a knee:
1. Put your bike upside down.
2. Stand at the side the twist points to.
3. Grab the wheel at the start/end points of the twist (folds).
4. Put one knee against the rim, in the middle between the folds.
5. Pull your hands back, pushing your knee out. Undoing the twist.
6. Try to spin the wheel. If it doesn't spin, start over at point 3.

Not the answer you're looking for? Browse other questions tagged wheels repair or ask your own question.

13
What size are the nuts holding the front wheel?
5
What are wheel tension relief machines called?
1
Repairing a twisted front rim in emergency?
1
Rebuilding a rear wheel
0
What is the impact of a buckled wheel?
2
What thread is the rear wheel axle nut?
3
What are advantages of bigger wheel?
4
Truing a twisted (vandalised) wheel/rim
1
How to repair a twisted Presta valve?
9
What are the risks associated with truing wheels without the aid of a truing stand?