Why the heck are cleated shoes called clipless?

Clipless shoes are the ones with cleats and clips on the pedal that the cleat clips into. So why in the world are the called clipless?

It has to do with the difference between pedals with toe clips and clipless pedals. 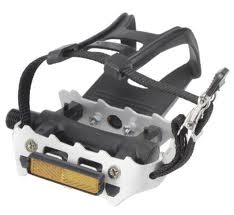 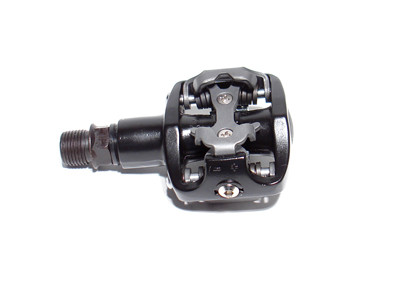 The wikipedia page says the following:

Clipless refers to the lack of an external toe clip, but not to be confused with platform pedals without toe clips.

The confusion comes from the word "clip" being both a noun and a verb.

Clip as a noun:

This describes the old-school pedals with the leather (or vinyl) straps that strap the foot down to the pedal.

"Clip-less" pedals do not have the aforementioned securing strap. They (obviously) use a different system.

Using "Clip" as a verb to refer to securing something (and not cutting something) is called "conversion" (linguistic term) or "verbing" (non offial term).

So, saying "Clip into your pedals." is similar to saying "I'm tabling this discussion." It's taking a noun and converting it into a verb.

So, we cyclists confused ourselves :D

1
Which waterproof overshoes would you recommend for use with clipless pedal shoes?
7
Are there pedals that are both flat and cleated on each side?
5
I'm a bit confused on bike shoe terminology. Particularly regarding Look KEO Plus Pedals - what is required to use them?
12
Clipless pedals: Why clipping in so darn difficult?
4
Are there any cleats (for SPD-SL) that convert the pedal to a regular flat platform for regular shoes?
1
Pain in the toes while cycling using clipless shoes
8
Still confused about clipless, walkable shoes and dual-purpose pedals
18
Can I use "normal" shoes/trainers with clipless pedals?
10
How practical are clipless pedal shoes on a long bike tour?
5
Connecting and disconnecting clipless bike shoes from Shimano pedals