Can I get my sprinting ability back?

At the end of January this year I purchased a power meter in an attempt to improve my training and general speed. I also performed the obligatory barrage of tests for 5 second, 1 minute, 5 minute and functional threshold power.

The results where not unsurprising but my peak one second power was. On two different occasions I recorded a 1853 watt peak and 1618 watt peak (with two weeks separating each tests). Upon seeing this I almost sent the power meter back as I just assumed the numbers were way out of my league and thus wrong. Some one later told me not to focus on the actual number as its of very little consequence when compared to other peoples?

At the time I had just finished 7 cyclo cross races and later on found out that my Shimano cranks (and stages power meter) had the wrong bottom bracket (causing the cranks to 'rock' from side to side) which could be the reason for the anomalous results. I then went into training my early base period and left training my sprint until a week ago. The highest peak test I have achieved since return is 1213 watts, would it be sensible to think I can retain that peak power again or is the possibility of those two peaks being bad data just too high? 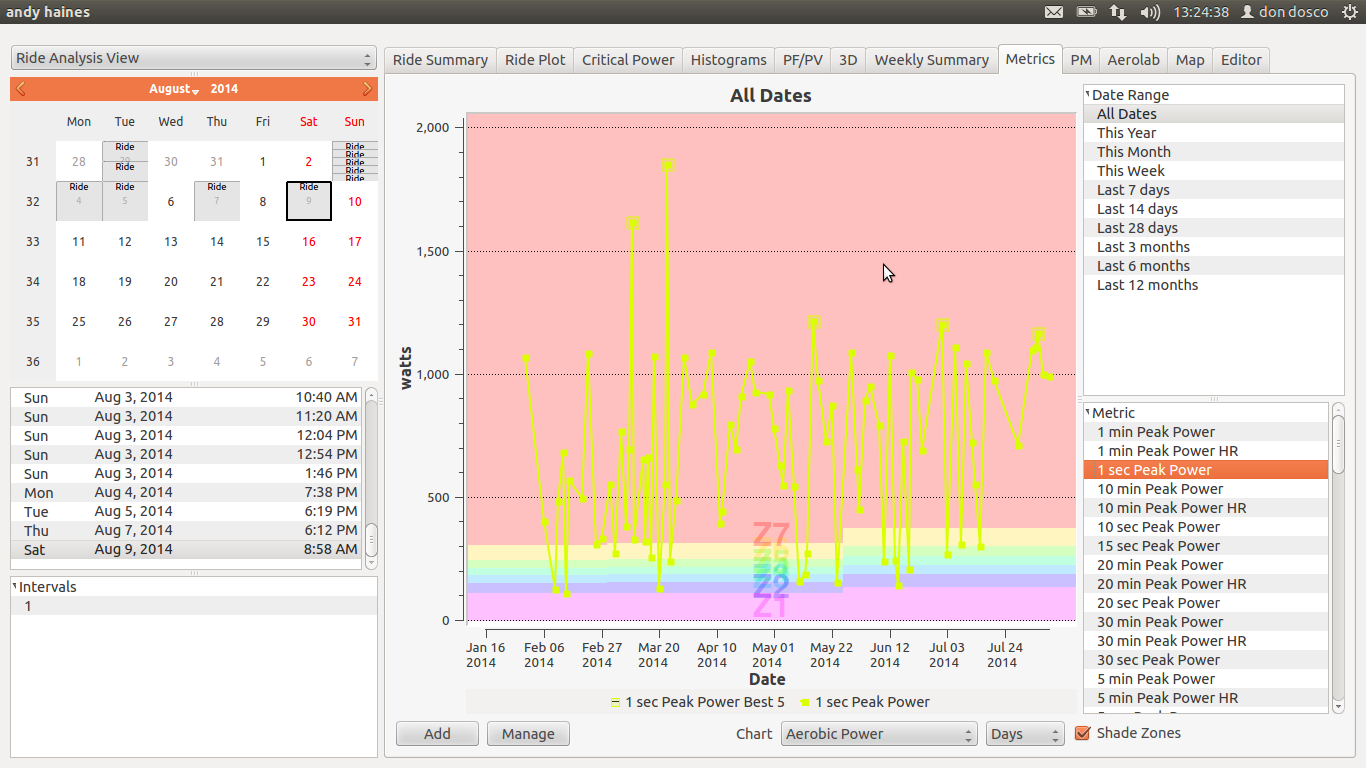 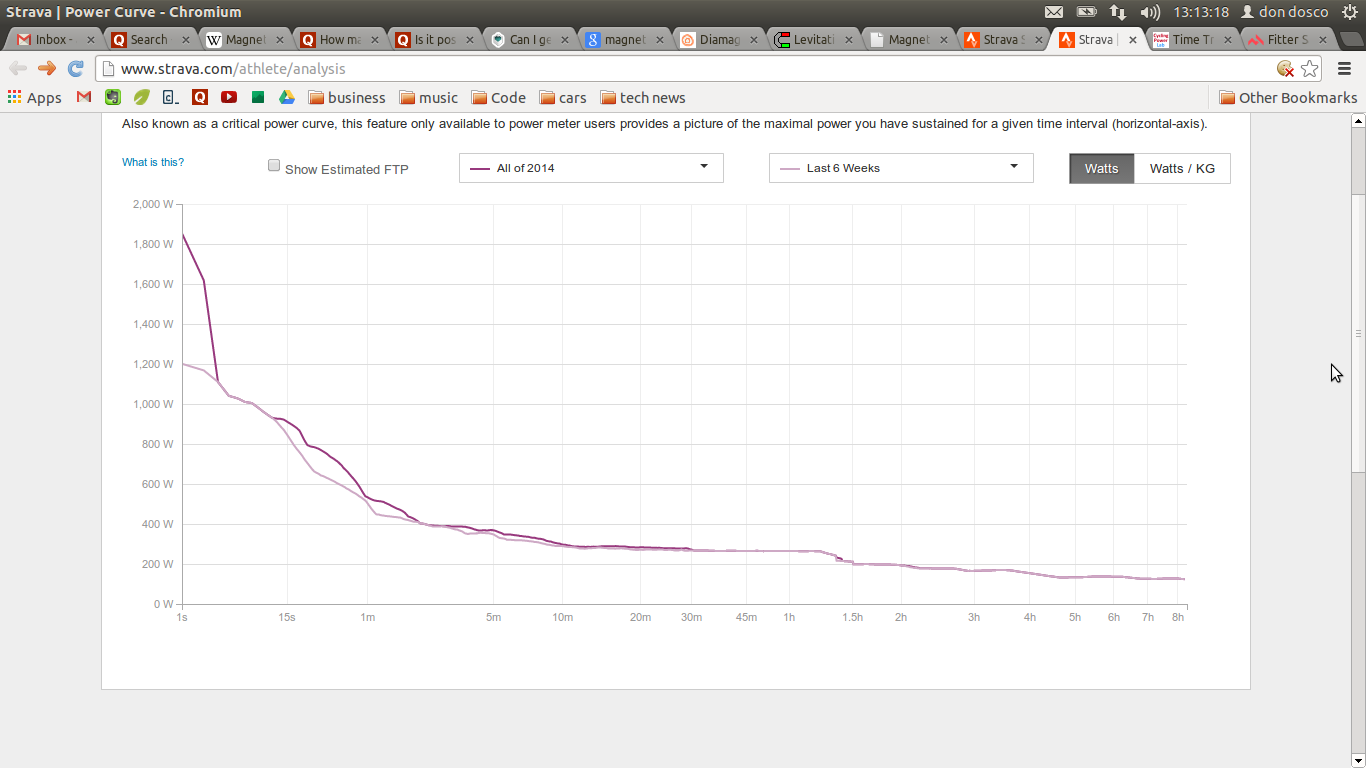 Bad data, no question whatsoever. Muscle fatigue develops quite rapidly, but even so there is minimal decrease in power for at least a handful of seconds. (Indeed, even the fitted curve you've shown seems to be in error, likely as a result of the way GC's fitting algorithm will chase "noise".)

Putting aside the crank fitting problems, you can forget about using data from a Stages power meter for reliable neuromuscular (very short duration) power assessment. It's simply not suitable for that task (not many power meters are).

14
What's the cheapest way to get into training with power?
20
How can one estimate drag for a bicycle?
6
How to get back into racing after an accident
4
Indoor trainer suitible for sprinting
1
Speed to power calc on a 'basic' magnetic trainer
0
Is it possible to get distance travelled without gps
1
Can single-sided Power meters cause unnatural Bilateral asymmetric pedaling?
6
Coming back from a Serious Injury
10
Does rocking the bike side to side when e.g. sprinting or climbing help?
9
Is it possible to burn only ~850 cal. on 1.5h / 20 km fast bike ride?