I had to rebuilt the rear Joytech hub on my 2008(ish) Schwinn High Timber after I broke the axle: 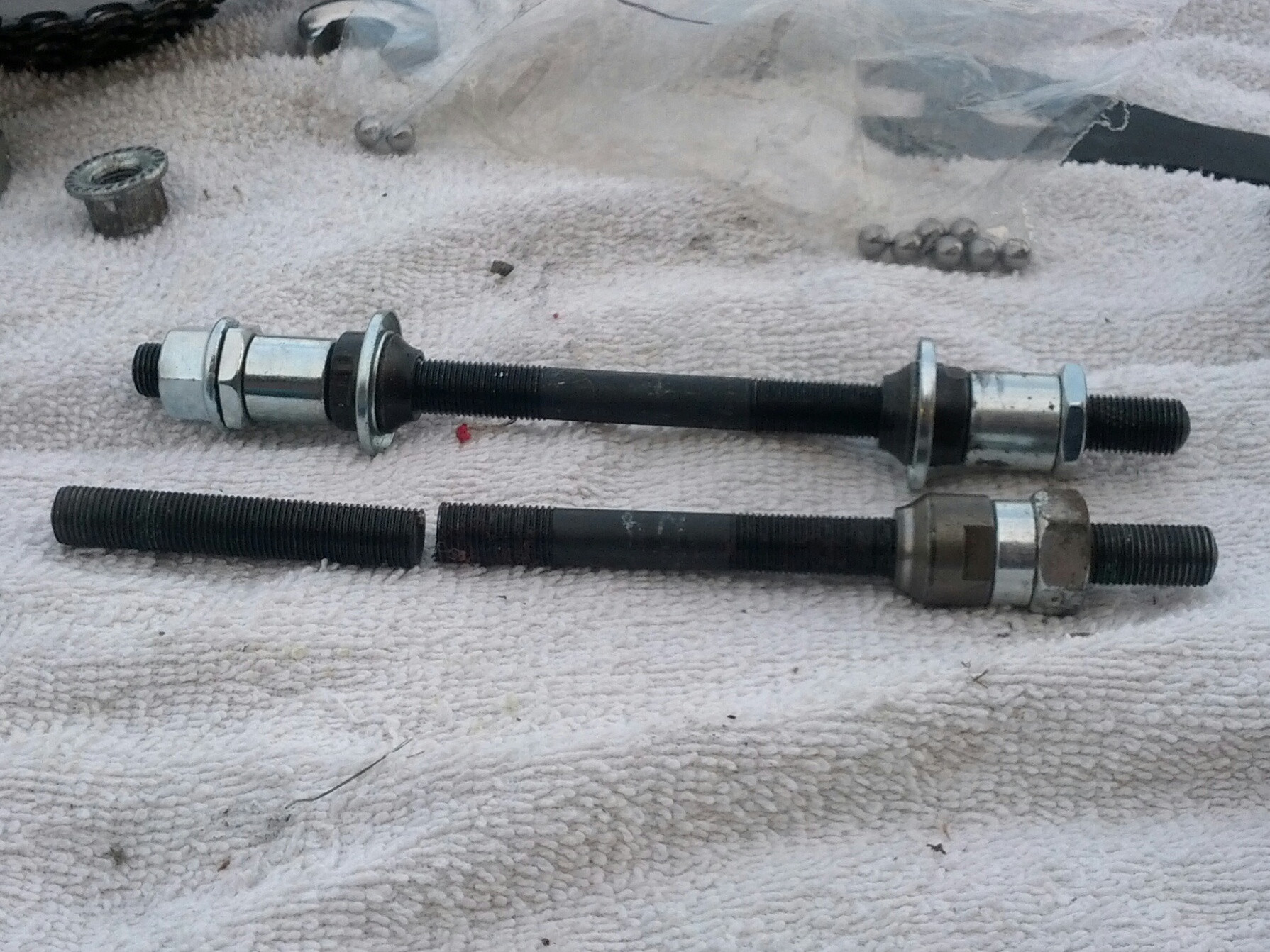 My hubs have a integrated dust cover which consists of a rubber diaphragm that is pressed into the end of the hub and has a opening for the cone: 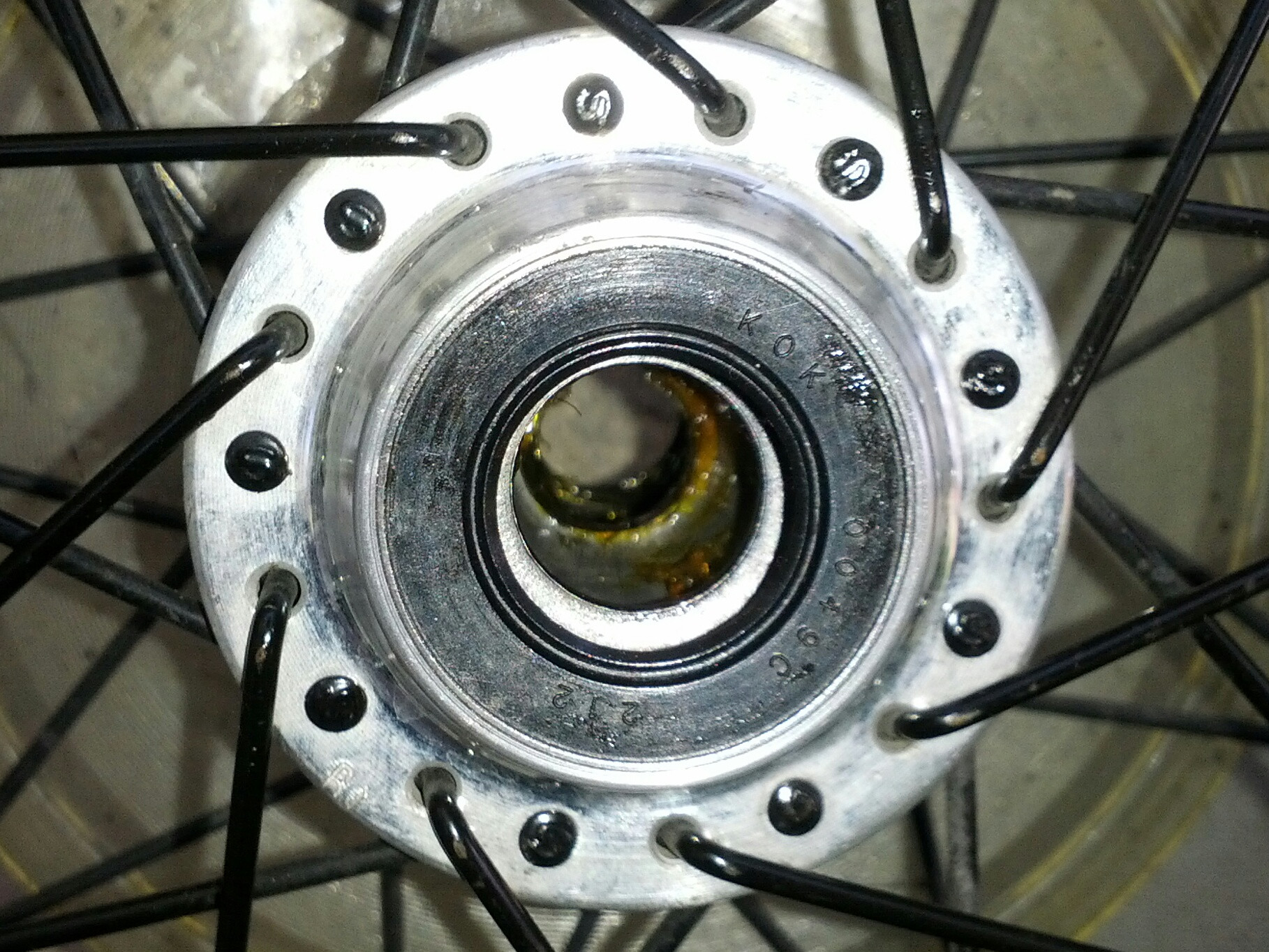 The cones on the new axle have dust covers on them (the old ones did not), but the opening on the hub is larger than most I presume: 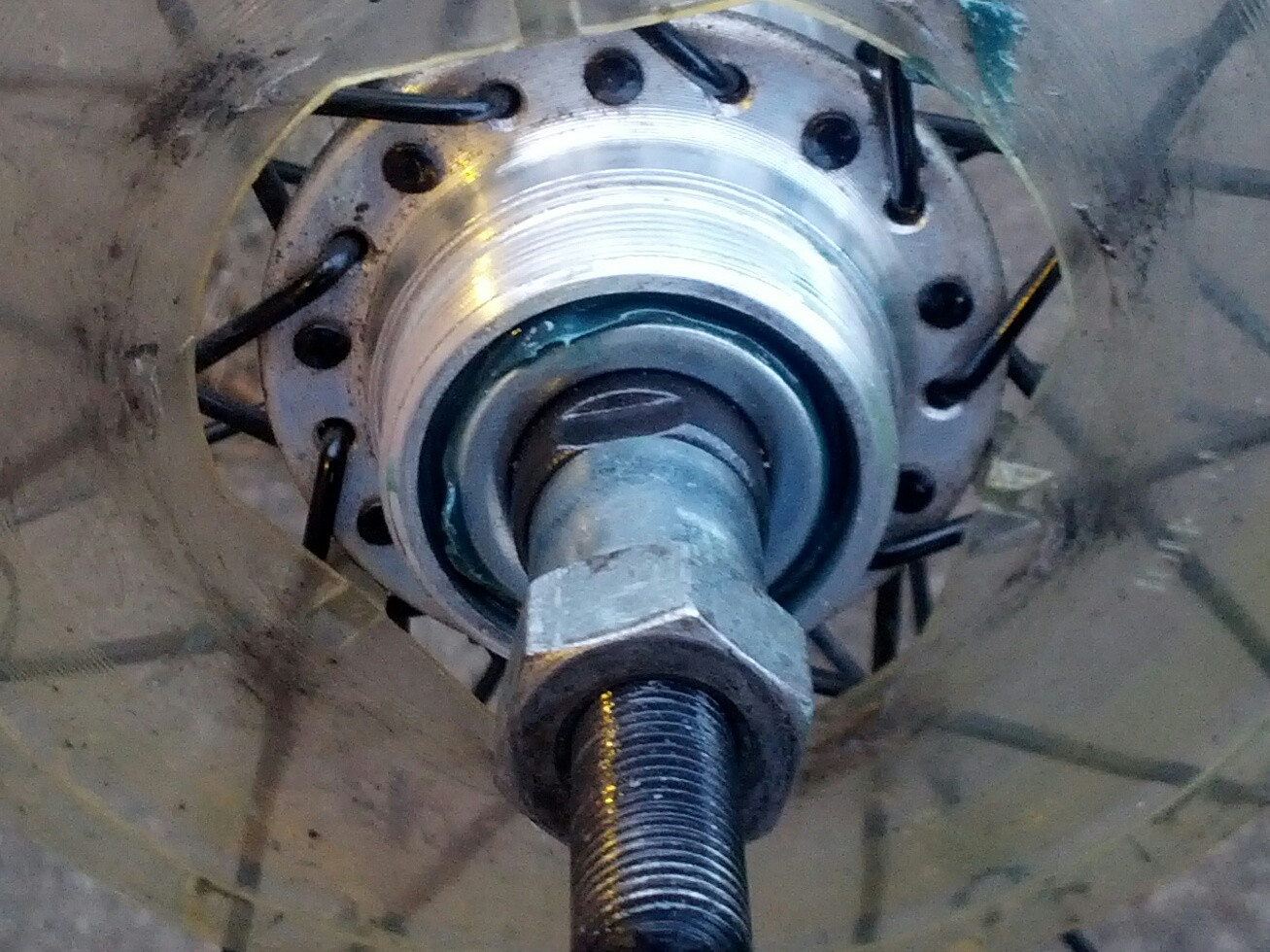 At first I was going to remove the pressed on one from the cone. I figured if I left them both on there then the rotating integrated one would be sliced apart from the sharp edge of the one on the cone. So what should I do in this case, or remove the one pressed on the cone? A quick look at the hubs on JoyTech's website suggest that all the ones with the rubber diaphragm do not use the metal ones on the cones. Considering this, I'm leaning to removing the ones on the cones.

I just happen to have a new stock spare wheel for this bike that I'm going to use in the mean time. Here is the photo of it as a reference: 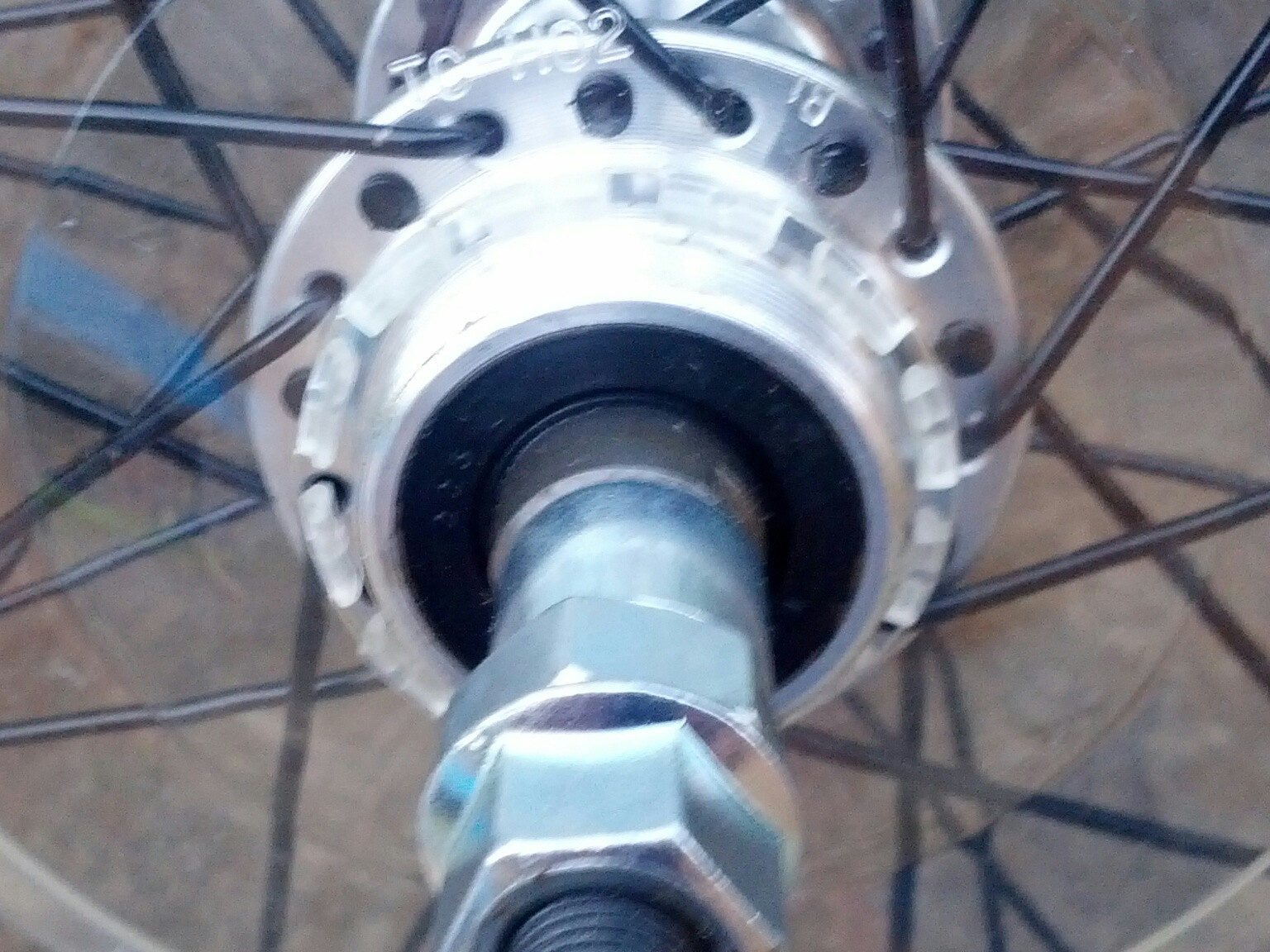 I went with the original integrated covers on my hubs without the pressed on caps on the cones. To remove the caps from the cones I just used a sock to sit on the dust cap and give it a good whack with a hammer and it came right off. If my new cones ever do come with a large enough cover then I would probably go with that.

Not the answer you're looking for? Browse other questions tagged hub bearings rear-wheel or ask your own question.

7
Cause of spalled cones?
8
Reoccurring Bent Axles, any reasons or upgrades?

7
Cause of spalled cones?
12
Do I require a washer/spacer/shim between a hub's cone nut and lock nut?
8
Reoccurring Bent Axles, any reasons or upgrades?
5
How to properly remove bearings from shouldered-axle track hub
5
Uneven friction in front hub after rebuild
1
What is the difference between hub-cone type rear hubs?
2
Clicking front hub after overhaul
1
Replacement Rear Axle Sizes on Vintage Bike
5
Servicing worn out bearings cone
4
Does it make sense to change the orientation of unmoving bearing components to equalize wear?