The best way to deal with/prevent punctures on tubular tyres

I recently picked up some rather expensive tubular wheels on the back of a lot of advice to do with rolling resistance, comfort etc. However I've recently found I'm quite afraid to use them on long training rides for fear of getting a puncture in the middle of nowhere. I'd like to know what people do to prevent/deal with punctures on tubular tyres.

You could try adding sealant to your tubular tire.

Tufo Tire Sealant, Stans's No-tubes (and other tubeless sealants) can be used to deal with small punctures. Most recommend not using the sealant as a preventative measure, but more so as an after the fact solution to quickly fix punctures on the road.

However, Tufo Standard tire sealant says that it can be used as a preventative measure, but I can't speak for this. I've heard that it could affect ride quality, so it may be best used in a roadside emergency.

When I used tubulars, aka singles, for any serious distance, we always carried at least one spare each. Usually one tied under the seat, and one in the back pocket of the jersey.

The bunch leaders would watch for, and call out glass, rubbish, potholes, etc, so the rest of the bunch could avoid them. If you did run over some glass, you'd immediately brush your tires. Usually, we avoided flats.

If someone in the bunch got more flats than their spares, it was normal to share the spares the rest of the bunch carried (usually your oldest tire). You just pull the flat tire off, stretch the good tire, mount it on the rim, pump it up, and ride carefully. You would generally only use extra glue when mounting your own new / repaired tire.

For those who don't know what we're talking about: 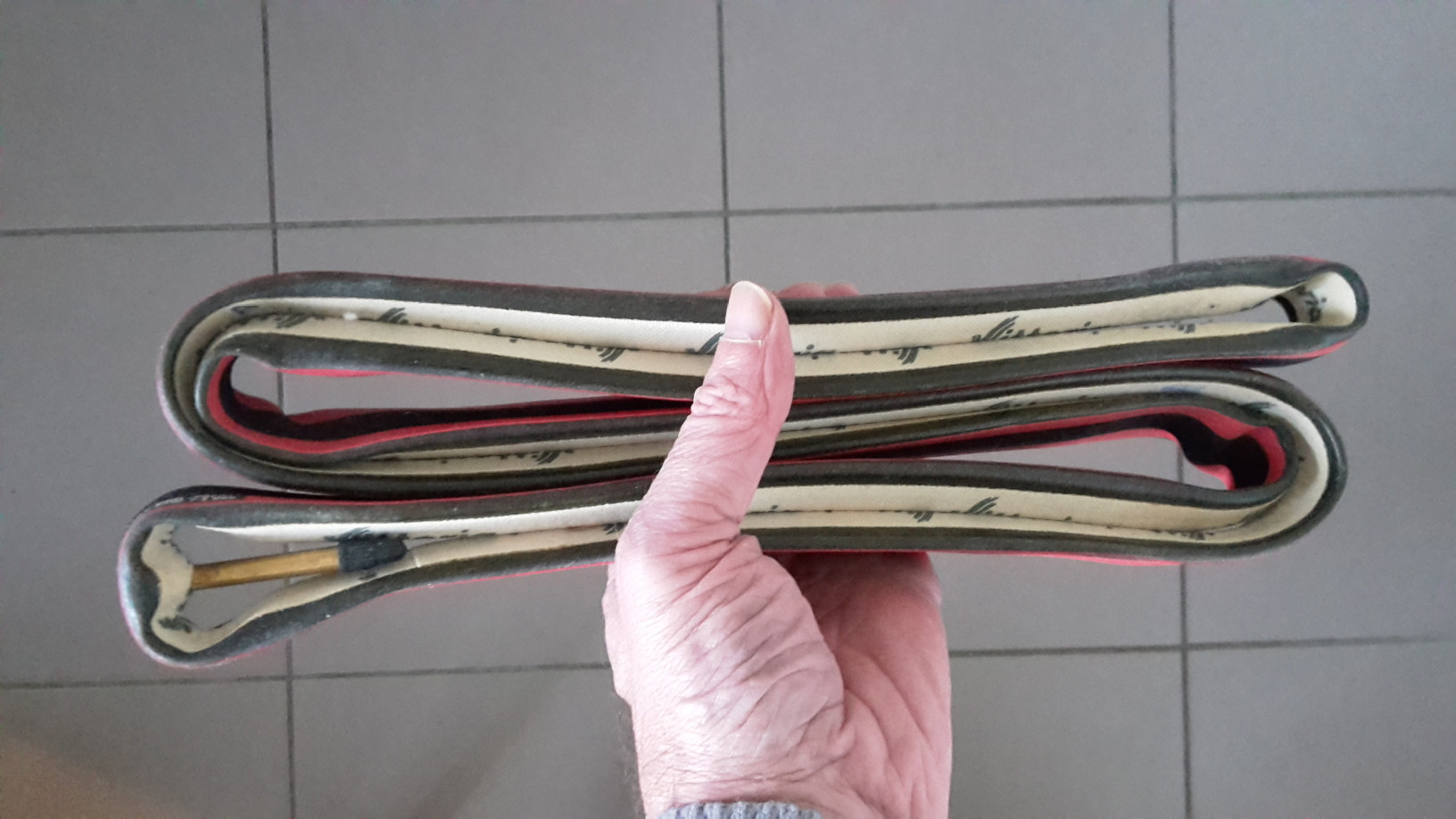 Up until the 1950's, riders in the peleton always carried at least one spare. Here's Louison Bobet on his way to winning the 1953 TDF and carrying a spare looped over his shoulders, as everyone did: 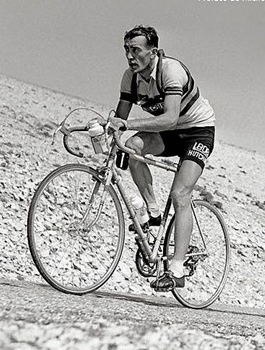 You need to carry a spare tyre and tape, the biggest problem getting the puncher off use the tape not glue as the tape usually stays on the rim and is a lot less messy

Use puncture resistant tire liner like that one: http://www.flowbikestore.com/band-zefal-puncture-zliner-blue-26

Not the answer you're looking for? Browse other questions tagged maintenance road-bike wheels repair or ask your own question.

32
Broken glass on the bicycle path, what to do?