The bicycle has a two gear automatic IGH, which I would like to replace with a 5 or even better a 7 gear hub. I am very much a beginner with this so I would need any kind of help and advice you can offer.

The reason I am doing this is because I need a little more assistance when cycling up hill and also a little more speed when going on flat land. Right now the e-bike i capped at 25 km/h.

Can I use any kind of IGH or are there some differences in size or number of holes or such? Note I only use the bicycle in the city so no wild rides or anything like that.

What is the cheapest way to get my bicycle to have a little more range with the gears? I assumed it was replacing the IGH but maybe there are other options.

Anything else you want to share would be appreciated as well!

I'm also enclosing a picture if that helps. 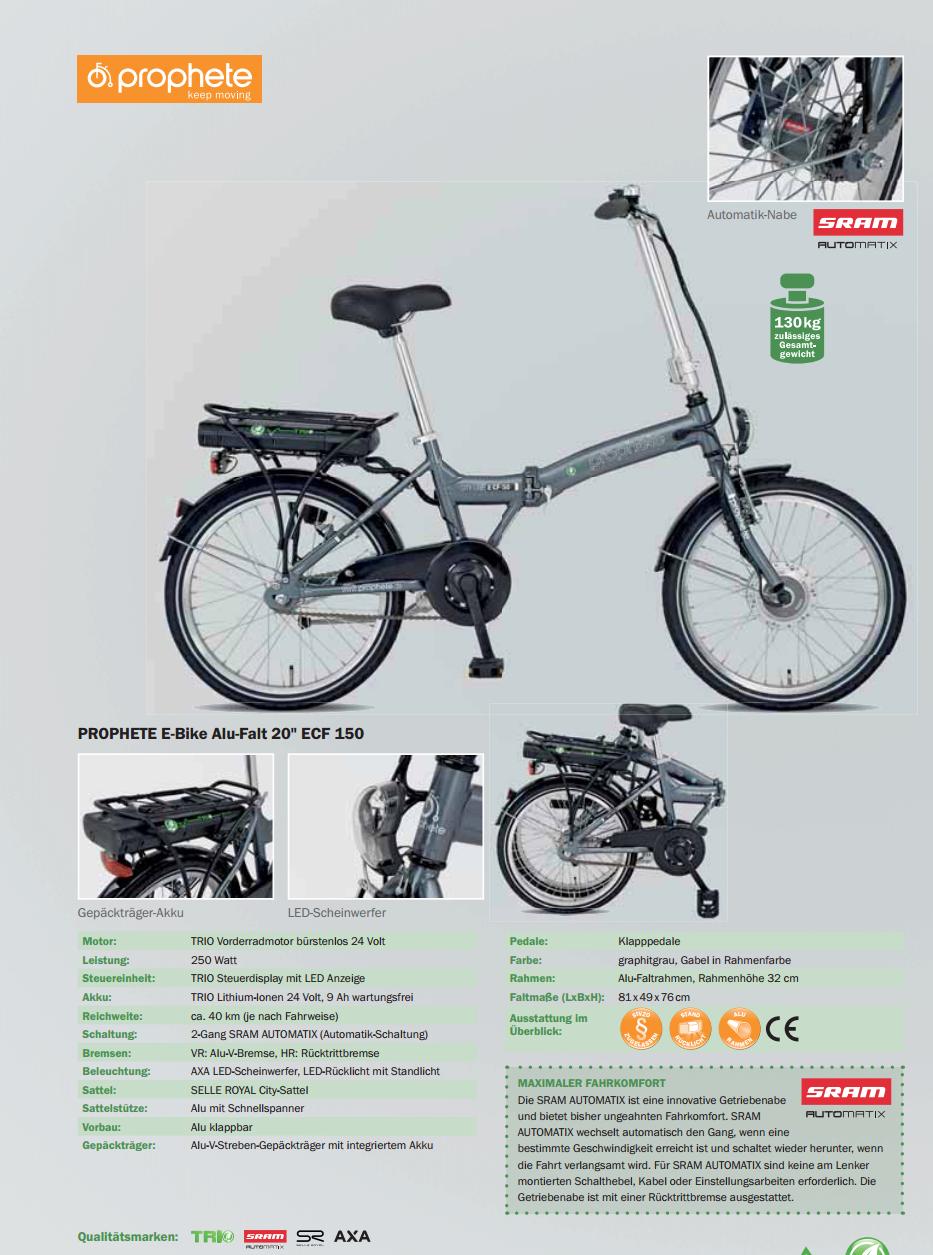 Replacing a hub means building up a new wheel, which means you need to match the hub width to the frame, number of spokes to the rim and what not. See this page on wheel building for more details. Rebuilding a wheel or building a new wheel is pricey and time consuming. If you want to reuse the rim, you will need to look up the spec sheet for the hub and give it to the person you're having build up the wheel to make sure the new hub you select matches.

On top of this, you need some transmission stuff - namely a way to shift (which would require running shift cables on a frame that was likely not designed for them) as the Automatix hub takes care of shifting automatically. Since this is a folder, its more complicated than on a normal bike since you need to run cables for the folding (and the irregularly shaped tubes make attaching the cables a bit harder, e.g. no clamp on cable stops). Also, you'd need a hub with a coaster brake as well unless you want to run brake cables as well (it doesn't seem like the bike has mounts or cable stops for a rear brake either based on the picture).

To my knowledge, nobody other than SRAM (which only has the Automatix) and NuVinci make IGH's which are automatic (and I don't know if the NuVinci ones, e.g. Harmony are offered with a coaster brake or operate without the shift cables). In this case, it seems like the rear wheel is just a plain 20" wheel with a coaster brake Automatix hub and 130 mm hub spacing (double check this with say your LBS), so you could conceivably put another 130 mm IGH wheel with a coaster brake in the back and jury rig the shift cables in if you choose a wheel with an IGH that isn't automatic [if you choose an IGH without a coaster brake, you may have to jury rig a brake mount as well]. I'd personally feel less comfortable about bodging on brakes - if shifting goes wrong, you can usually get home in one gear.

It sounds like you want both a lower low gear and a higher high gear which means you need a larger range of gearing overall - its not as simple as just putting in a bigger or smaller chainring or a bigger or smaller rear cog (the rear cog would be a better option, with the former option giving you better climbing but lower top speed and the latter the reverse). So you're going to have to change the gearing in the rear to fix this.

I'd recommend replacing the bike for one with a larger range of gearing instead of futzing around for a new rear wheel and bodging shifters on, as the rear wheel will likely need to be a pricey custom job. The other option is to simply become more fit/deal with it.

Not the answer you're looking for? Browse other questions tagged internally-geared-hub conversion or ask your own question.