What is the deal with the new weird Gazelle chain case design?

I was about to buy this bike (a Gazelle Arroyo c7): 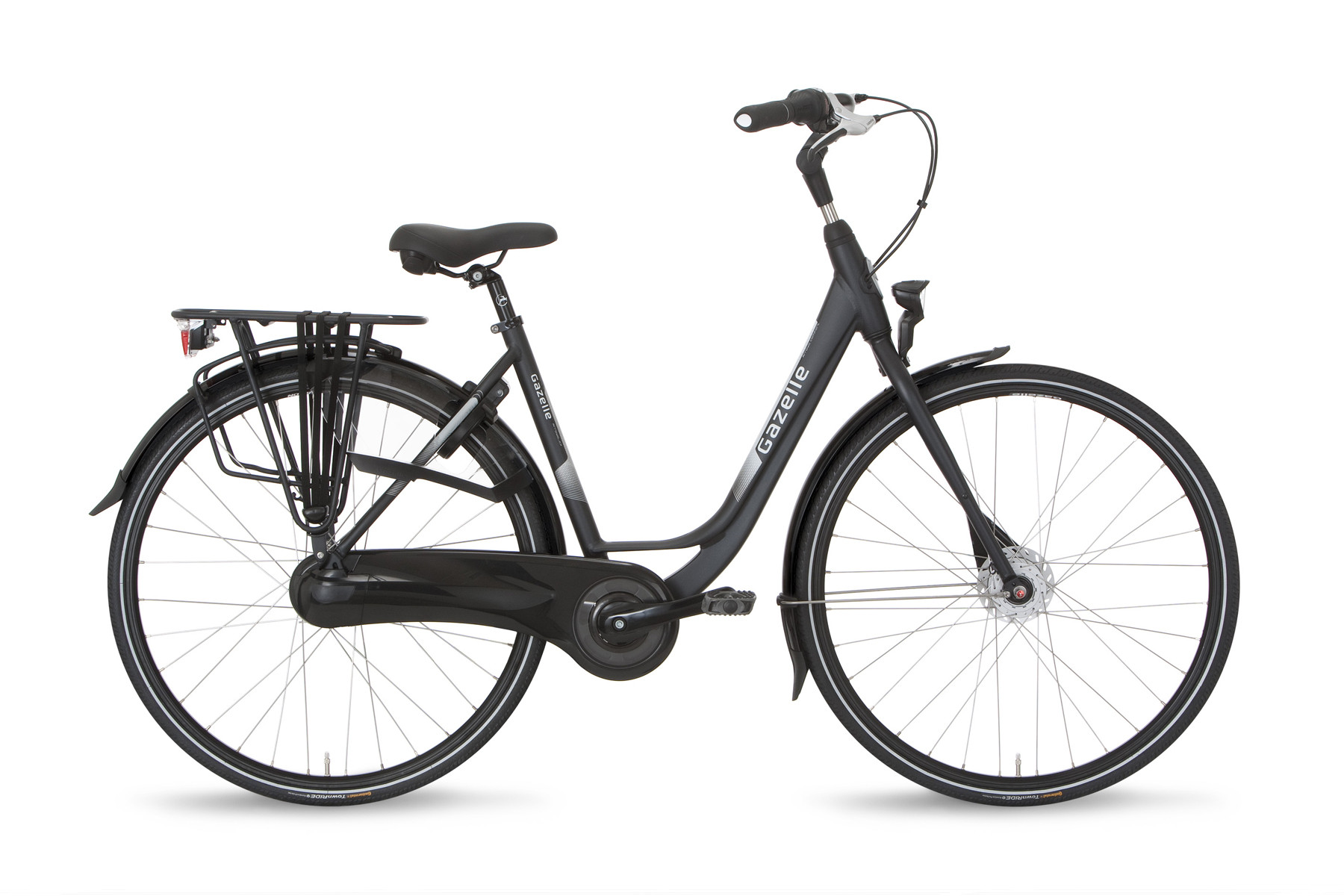 when I realized the chaincase is seemingly deliberately designed so that the chain constantly rubs against the bottom while you pedal. Their website mentions something about aesthetics. This seems too bad to be true, given that Gazelle has a good reputation as a Dutch bike brand, and this isn't a cheap bicycle.

What is really going on inside the chaincase?

Update: I did buy the bike and 5 years later and I'm still riding it daily. The chain got noisy and I replaced it once. The cables all died, and the plastic shimano gear shifter is in bad shape but still mostly works. I've broken a few spokes but the wheels have so many the wheels stayed ride-able until I replaced them. Maybe it's notable that I haven't had a single derailment in all 5 years? For me the drivetrain has been extremely reliable. In the 5 years this bike only stranded me once (with a flat tire, before I upgraded to schwalbe marathon pluses). Once the gearhub had annoying problems due to a known manufacturing problem in a certain manufacturing plant, and was replaced for free at my local shop at shimano's expense.

Found an English Language site that explains it. From

All Chamonixs feature Gazelle's innovative transmission design with a chain tensioner inside the chain case. This keeps the chain always at the correct tension, needing less maintenance and giving a quieter ride. The frame is able to use vertical rear droputs which makes wheel removal and puncture repairs much easier. We also think it gives the bike a more streamlined look.

It's called the FlowLine chaincase - here's a picture of it: 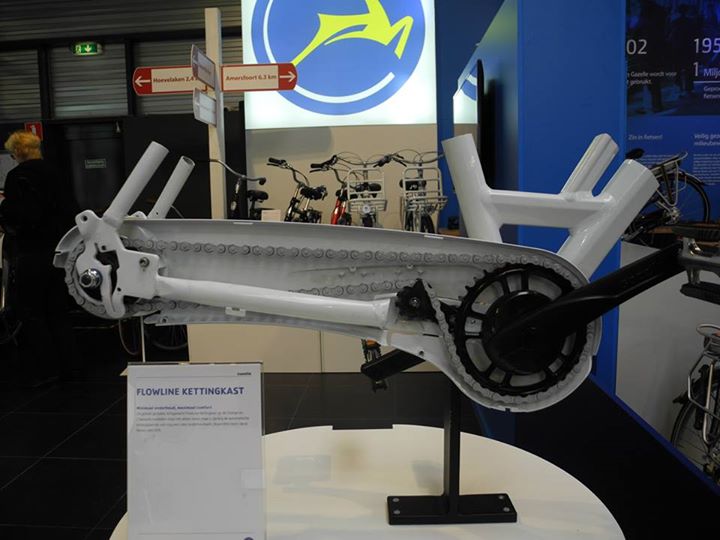 So it's not what you think. I can't say whether it's a good idea or not, but it seems at least a plausible solution for a City Bike.

I would just like to share my experience with the Gazelle Chamonix C7 which I bought just over two weeks ago from a certified dealer in London. I have unfortunately had an issue within a week as a direct result of this new and "innovative" FlowLine chain case. Due to having to fit everything in there, in a much tighter space, there is a metal piece where a brake (possibly gear) cable comes out of which is very close to the chain of the bike. The chain ends up rubbing on this metal piece taking off the paint and causing a whirring noise when cycling. I have been back to the dealer who did a quick fix, noting that this typically happens when the inner tubes gets replaced, however the same issue reoccurred within half an hour of cycling. I have had to make another appointment and have to leave it with them so they can have a more detailed look into the issue. After only having the bike for over two weeks this is quite a disappointment, which I feel is due to build quality, when I had understood Gazelle to be a reliable bike builder. I would also like to mention that this is my first "adult" bike so I don't really have that much experience I how often bikes typically need maintenance (hopefully not once a month!). I have noted that this may be an unlucky experience as Andrew (in previous post) has mentioned he has not needed maintenance for a year. However based on my short unpleasant experience I would recommend steering clear of this this new design and if I had the chance would exchange the bike for one with a regular chain.

Not the answer you're looking for? Browse other questions tagged chain or ask your own question.

8
What considerations are important when purchasing a new chain?
9
Problem with chain skipping without trying to shift (even with new chain and gears)
2
Chain skipping with new chain and freewheel
2
Chain skip happening seemingly at random with a new chain
0
Brand new bike with a stuck chain link
4
Snapped powerlink, new powerlink or new chain?
2
Chain slips/jumps occasionally (with all new parts)
1
How to open Gazelle Orange c7+ chain case?
1
I have changed the chain after my gauge showed that it's .75 worn. New chain jumps anyway. Why? How to deal with it?
0
New Bicycle - Chain making noise