DIY: what material to use as DIY shim seat post?

Seat tube shim adapters are quite expensive, what kind of material do you recommend as a shim?

I have seen in a thread some guys talking about home made shim:

Which one would be the best?

Soda cans do the trick, cf this tuto 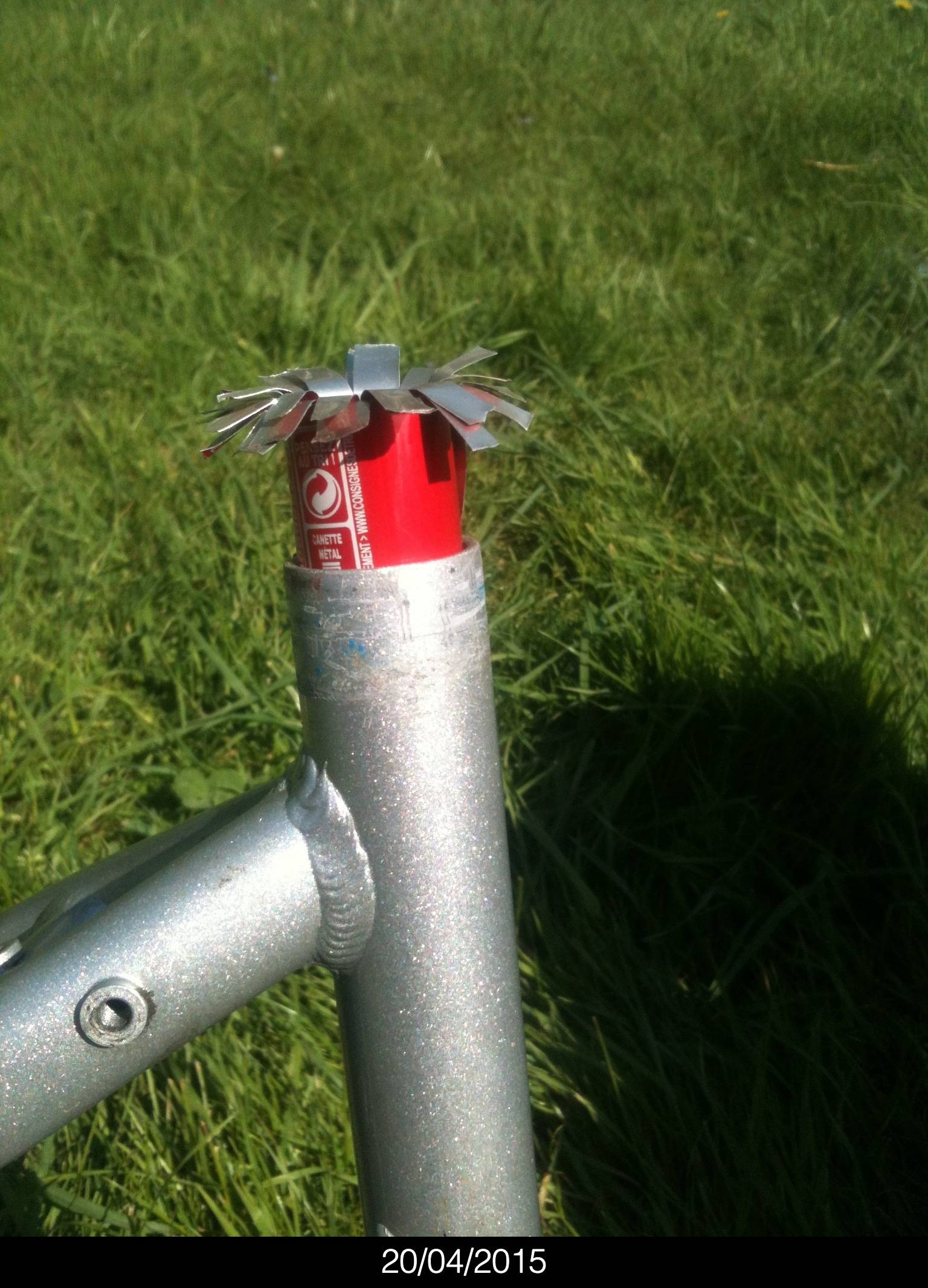 Definitely alloy drink can or other thin sheet metal as it is not compressible and is not affected by water, oil or grease.

Try a rubber sheet cut to size and rolled around the seatpost. It won't slip. Just an idea.

Done this a few times, including on trailer DIY axle and the standard pop alum held up over a couple years there without issue. Also on a prior seatpost issue.

However I would also be willing to try thin sheet aluminium/aluminum from the hardware store - and some kinds of plastic sheet used for durability (thick heat pressed packaging keeps it's properties under extremes.)

I also discovered a handy source of stainless in just about that thickness (2mm/79 thou) - hidden inside just about any hanging file folder. I went to throw out a bunch and said - hey -- these would be like 40 US cents apiece. And not only that, but I THINK the folder material would be good for most stenciling apps since it's a hard all through and somewhat water resistant. Where else do you find 20x15 sheets of stencil blanks for free?

So yeah - I think you just cut a bunch and drop them in to make a circle - if it fits. Bend, solder, cut, done!

Not the answer you're looking for? Browse other questions tagged saddle seatpost diy or ask your own question.