how much of a difference does bike weight make when trying to maximize the bike's top speed? [duplicate]

Ask Question
Asked 5 years, 2 months ago
Active 5 years, 1 month ago
Viewed 4k times
0
This question already has answers here:
How does a bike's weight affect the overall experience of owning it? (10 answers)
Closed 5 years ago.

Today I was at a bike shop looking at single speed bikes. I rode one, but didn't buy it because I like to bike fast, and this bike must have weighed 2x more than my aluminum road bike (the bike was steel).

The store owner told me that the bike weight will not have as great of an effect on my top speed as many other things both on the bike and things I could change about how I ride.

Is he right or wrong? Does bike weight make a big difference or is it just very good marketing?

Well, the usual argument is that an average person can easily lose one or two kilos of body weight, and that would cost good money if you take it from the bike.

On my experience, weight is more noticeable when riding uphill, but then, if you usually ride uphill I don't think you would want a single speed. Other issue would be speeding from a stop, or starting a sprint from a lower pace, but again, on a single speed you already have a problem with that, specially speeding from stop (or if your single gear is short, maintaining high speed for a good stretch, the eternal tradeoffs)

I rather start in a short gear with 5 kilos more and then switch to longer gear if we were to race 100 meters, or from a light stop to another, than on a single gear. I don't know, if you want speed, gearing seems to me a lot more important. On long stretches you could use longer gear.

Then, if we are comparing same gear ratio on same frame geaometries and handlebars, for the same cyclist, of course you want less weight, but is it worth the money? I don't think so.

All in all, if you were to magically create a clone of yourself, and race against him in the same magic bike, but one is 15 kilo and the other 7.5, and all conditions are magically the same, wind, body placement, whatever, physics of this planet will make the lesser weight bike faster.

Is it worth it? that's up to you, and more specially to your cash availability. If you want an opinion, it is not, I ride a road bike and a mountain bike, the mountain bike must be 3x the weight of the road, and still, I ride a lot of Strava segments that I did faster on the mountain bike (it's got no suspension though). So, yep, hunching like an egg and saying to yourself I'm going to pass that guy on the scooter or die trying, that can be more relevant to speed than triple weight. And of course, having bottom bracket destroying hams is #1 in the speed equation... sometimes I wheelie from the sheer power, in a 52-13 ratio :D

Really, diss weight and get some bike you fancy, and ride it fast if that's what you like. But don't put yourself or others in danger knowingly. 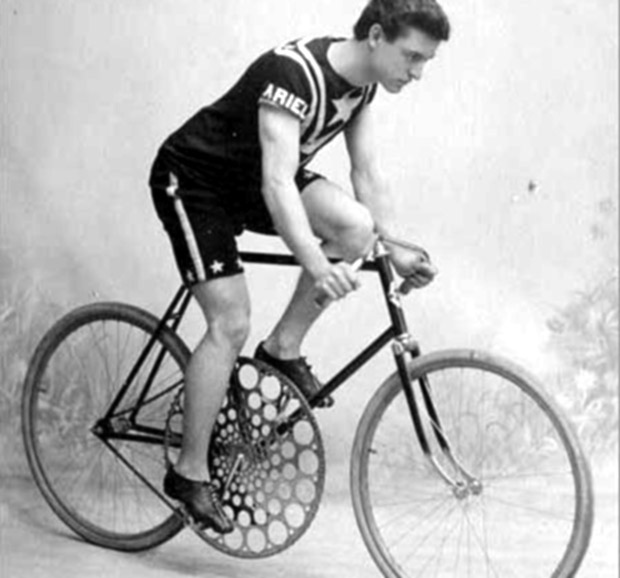 The weight of a bike has virtually no effect top speed. It takes very nearly the same amount of effort to maintain a speed of 30 mph on a 20 lb bike and a 30 lb bike on flat ground. The biggest factors that come into play at high speeds are aerodynamics and rolling resistance ( slick, efficient tires ).

That said, is top speed what you're really worried about? Probably not. Even if you like to bike fast, I truly, truly doubt you should be concerned with top speed. You'll probably enjoy a bike that accelerates quickly and feels nimble. Unless you live in a flat, remote area, in which case you probably wouldn't want a single speed, you're probably going to be accelerating and maneuvering more than you are achieving top speed. And again, these factors don't necessarily correlate with the weight of the bike.

I love this question, and the answers are solid, but let me add that the weight of moving parts on a bike is more important than the weight of non-moving parts. So for my money, a heavier (read: steel) frame and lighter wheels is optimal. In addition, stopping an object with greater mass takes more energy, so if you've got those light wheels and some good weight on them, you can go faster, farther, with less effort.

That being said, and this is a personal tragedy for me, I especially like the point about the economics of losing weight versus buying a lighter bike. Very good but inconvenient point in my opinion.

Not the answer you're looking for? Browse other questions tagged weight or ask your own question.

17
How does a bike's weight affect the overall experience of owning it?
15
What is the effect of adding weight to a wheel vs adding it to the frame?
-5
Super close ratio high gears via double size sprockets… practical?

17
How does a bike's weight affect the overall experience of owning it?
10
Maximum weight an average bicycle can carry?
3
Does weight and climbing cause strain on bike?
11
How much does tire pressure affect the weight of the wheels
11
Will increased weight make me go downhill faster?
2
Does Bike or Rider Weight / Groupset affect cruising speed on the flat
5
How much does a typical cardboard bike box weigh?
13
Mystery flat keeps happening 3-5 times a week. Do I weigh too much for my tires?
10
How does weight influence your speed when descending?