What is the best way to approach train tracks?

I commute on my bike through an industrial area and cross many train tracks. They very in degrees: most are perpendicular to the road, but some have a very low angle.

This question is two part:

Thanks for your thoughts.

Firstly I would say that you should always ride in a way that is safe for you. If drivers have to wait as you take the necessary care, then so be it. They would have to wait hours if you fell and were killed. The only person taking responsibility for your safety is you.

Here in Melbourne (Australia), in addition to train tracks, we have tram tracks. 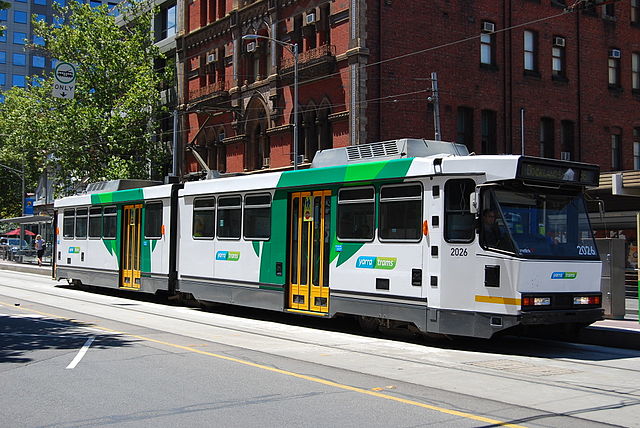 Rails tracks usually cross the road at angles from 90° to 30°. But tram tracks run along the roads, and also cross at various angles. Everybody falls at least once on the tram tracks, after allowing the front wheel to drop into the slot.

The danger is not just an embarrassing fall. Other traffic can hit you as you are suddenly launched sideways, under their wheels with fatal results. Less severe is if the wheel get caught in the slot, resulting in a buckled wheel.

If the tracks cause, as you say, jarring, then there is a risk that you can loose control. So slow down. Just assertively signal your intentions to surrounding traffic, and do what you need to do. If you travel the same route at regular times, the other drivers will get used to seeing you.

The main risk to your bike in my experience is pinch flats. So keep enough air in your tires.

Many people can hop one obstacle, but two in quick succession, less than a bike length apart, is not in my skill set.

With both train and tram tracks, there are two issues to assessed for every crossing and one item concerning your bike

Sometimes the road surface is not level with the top of the tracks, or is broken. If this is the case, cross as close to 90° as you can, as slowly as you can.

Train tracks occasionally have a gap as small as 5 cm (2 inches) but usually have gap of about 7 or 8 cm (3 inches), and sometimes much wider.

Having said that, I typically cross tram tracks at angles as low as 20°, using what Daniel called levitation.

As with many uncertain cycling situations, ride "hands and heels", with your bum off the seat, so that the bike can pivot under you.

If you are crossing at a low angle, extend your arms and legs before you get to the tracks, so that your body is at it's highest above the bike. As the front wheel gets to the first track, pull the handlebars up, so that the wheel has little or no weight on it as it crosses the track. If you are clipped in, or are proficient at bunny hops, do the same for the back wheel. And repeat for the second track. Again: this is only good for narrow approach angles.

Another technique to use in combination is to steer so that your front wheel crosses at a greater angle than your overall direction of travel. The front wheel would follow a sort of straitish S bend.

Approach as perpendicular as reasonable. Adjust your speed as required. I hop the front and let the rear side. The problem with hopping the rear is you are coming to the other track on the front. Choice of tires is critical. If you are on 25 mm then walk or ride real slow. I commute on CX with lower pressure 35 mm and tracks are pretty easy. But I have taken some nasty falls as with too much speed the rear will slide out far and fast.

You could also profit from practicing crossing railroad tracks with no or very little traffic - provided you can find such a crossing nearby. That way, you can try techniques and approach the limits of what's possible without risk of getting run over.

In most cases lifting your front wheel alone should be enough (even with a road bike). It is safer and faster than a full bunny-hop. If you need to lift the rear wheel as well do it in quick succession: Lift your front wheel, than immediately shift weight forward which will send the rear wheel into the air. Then move your weight backwards and pull up with your arms again to lift the front wheel. It is easier than bunny-hopping and you can jump over as many rails as you want from any angle.

But you will not really need this technique unless you're on a roadbike approaching a track at 20 degrees.