I've heard (and noticed) the rear wheel rub on the frame and front derailleur cage when pedaling standing up. The frame shows some paint wear at one spot. And, in the lowest gear, if I crank hard, I can hear the tire rub on the derailleur cage.

In the lowest gear, the front derailleur cage is pretty close to the tire as it is.

Should I upgrade parts? Tighten parts? Or not stand up at all knowing this?

Went lapping our backyard circuit just now. It would rub when climbing the east and west staights.

Pic of the rubbing on the frame (not as bad as I remembered): 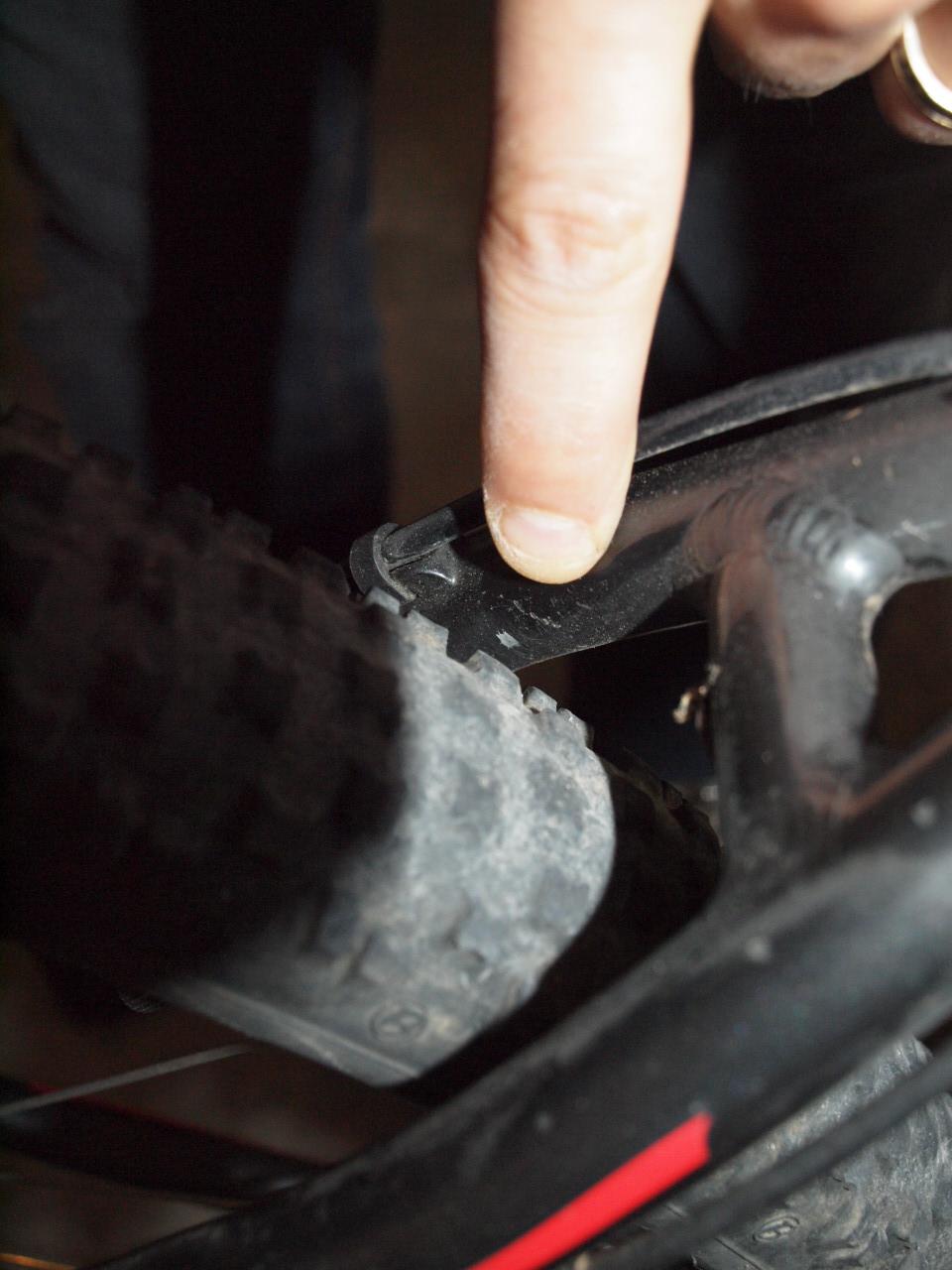 Pic of me essentially pushing with my thumb, the tire fairly close to the frame: 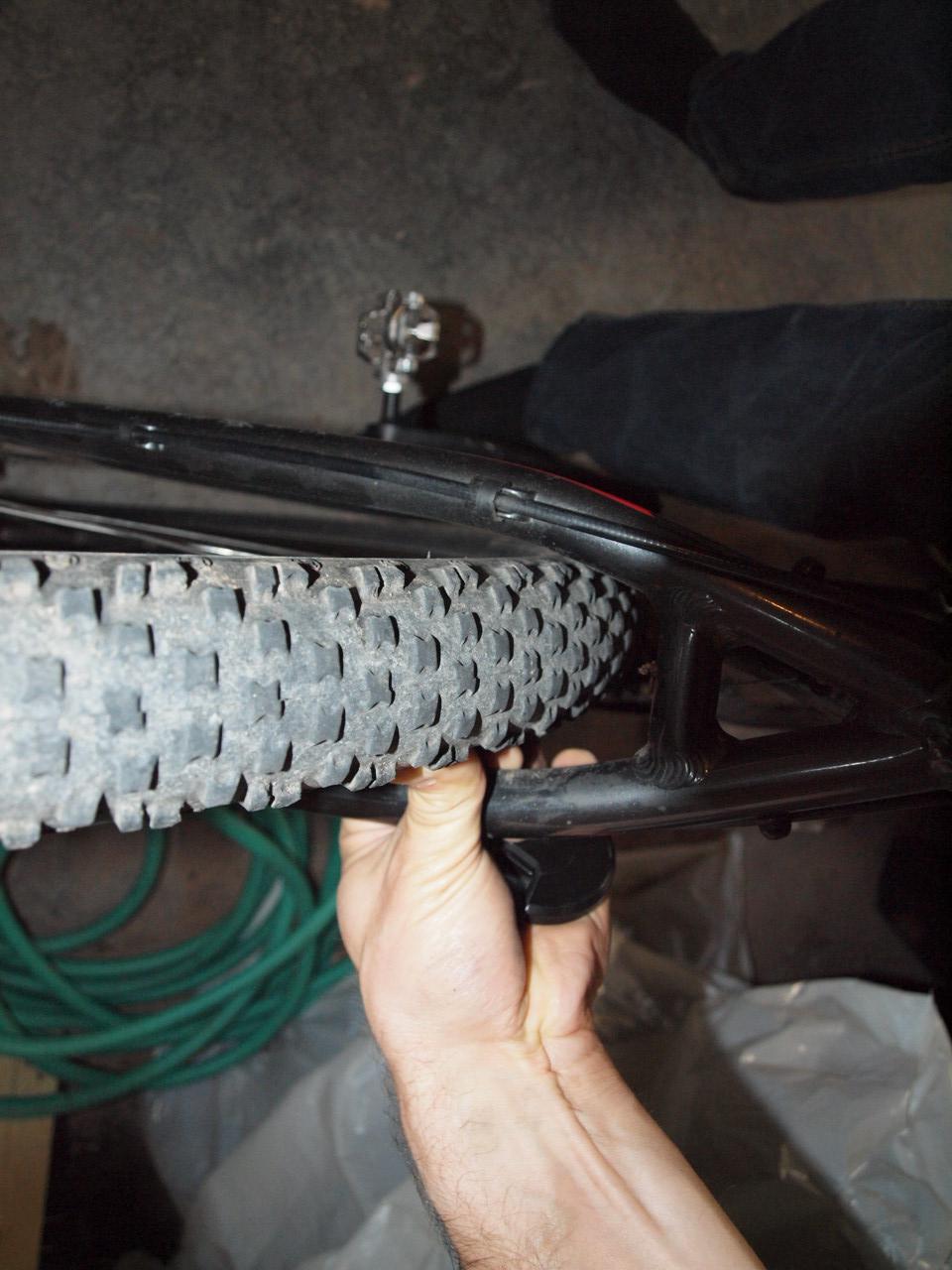 However, if I try to move the rim, it doesn't move really. It would seem that it's only the tire/rubber? Under inflated perhaps? I'm around or below 30psi.

I actually have a 2012 model, confirmed with the color of the frame and the posted pics.

The specs show 29x2.1, and Vittoria Mezcal, why did the shop I bought the bike from swap those out for some Geax?

If it is centered and no excessive flex then the tire is too large
If you cannot get the tip of your pinky finger between the tire and frame then you most likely don't have enough clearance
2.1 is extra-ordinary if the bike want not built for it - that is cross
I have a pure mountain bike that tops out at 2.1

Check to see if the wheel is true and the axle is straight. I have a bike that starts to rub the kick stand when the wheel is getting out of true. The axle also has a slight bend in it so I need to check its orientation as well when reinstalling the wheel.

Perhaps moving down a notch or two on the tire width would help as well.

3
Mountain bike rear wheel tilts after remounting
6
Tightening rear quick release stops rear wheel
3
How to protect rear derailleur while mountain biking?
12
How can you identify if a Shimano rear derailleur is medium or long cage?
3
front wheel takes more impact than rear?
3
Bike feels like it's slipping/shifting gear when pedalling while standing up on max gear
1
Grinding sound from rear wheel
2
19 inch frame MTB Issues for a guy standing 6 feet 3 inches tall
3
Do I need a medium or large cage rear derailleur?