Why exactly did Boardman manage a further distance than Wiggins?

In light of Bradley Wiggins' recent hour record of 54.526km, I heard a lot about how Chris Boardman has the absolute record of 56.375km. What I didn't hear and (hence my question) what I want to know is exactly what features in Boardman's (now illegal) bike enabled him to cycle further in the hour.

All reports of the event just explained it as 'technical differences and riding positions.'

Can anyone break it down into a decent explanation?

Boardman used what is known as the "Superman" position, as shown in this image. 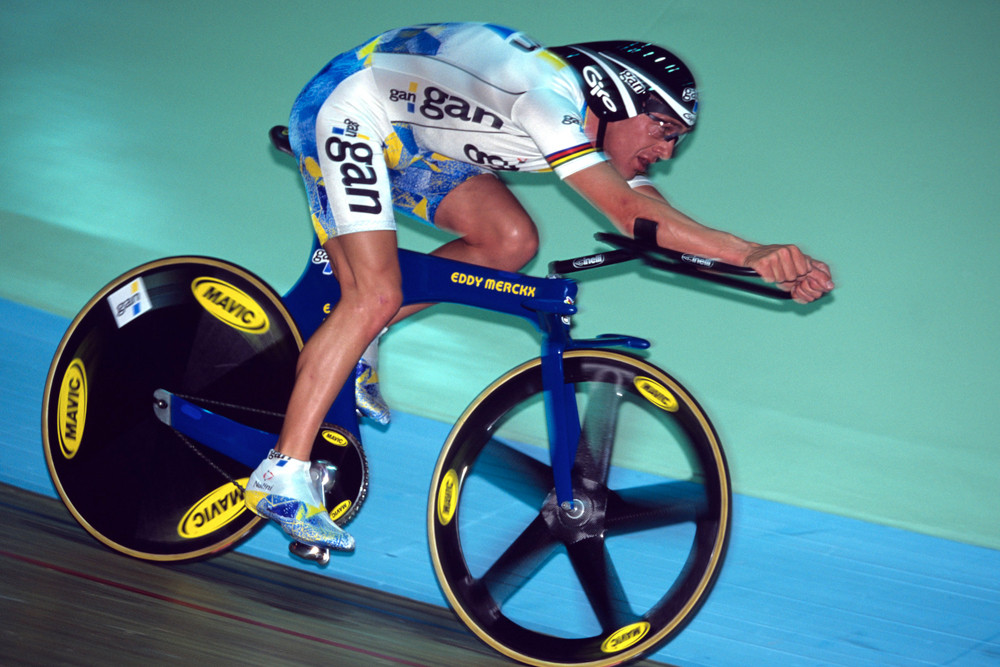 This position has been deemed to be against the rules by the UCI. Compare it to the position that Wiggins had on the bike, shown here. 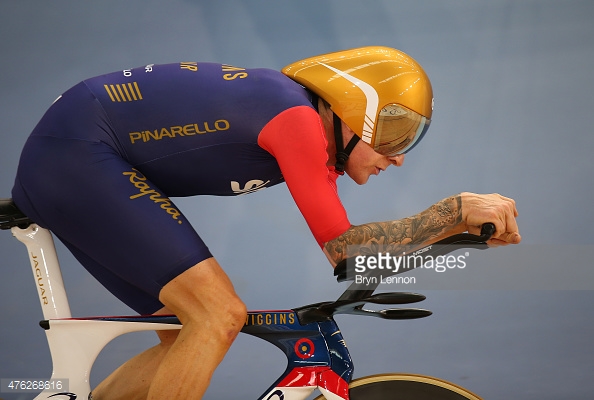 His arms are not as outstretched, and therefore it is not as aerodynamic.

The superman position was first used in the hour record attempt by Graeme Obree as shown here. 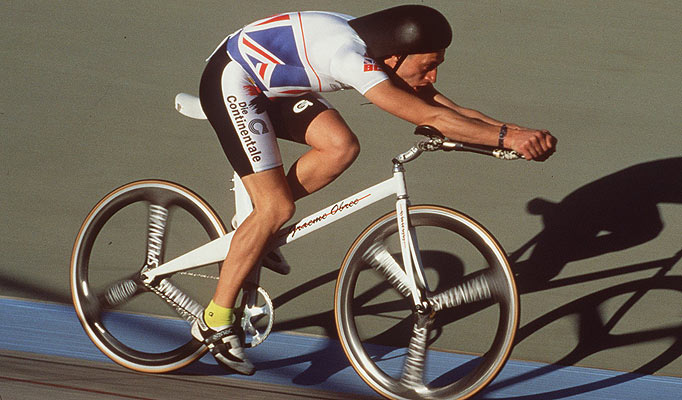 There's been a large history and debate over what the rules should be. If you are interested, you should watch The Flying Scotsman which is about Graeme Obree's run in with the UCI and regulations. It seems there is even some controversy over Bradly Wiggins' record, as he used custom made 3D printed handlebars when breaking the record. As per UCI rules, all parts must be production and commercially available. Apparently they do have 3D printed bars commercially available, but they are all one-off and have to be customed ordered to fit the rider.

Superman is probably close in aero advantage to Wiggin's position, but I would think Superman lets the rider put out more power. With Superman, Obree and Boardman are able to engage their core more. Their weight is more balanced over their bottom bracket and they can generate much more torque. Look at their shoulders compared to Wiggins. Wiggins is clearing weighting his elbows and bars more and his core is loose and not engaged. His shoulders are down and not pulling. Obree and Boardman's shoulders are high and their hands are pulling back on the grips.

Not the answer you're looking for? Browse other questions tagged speed riding-position technology or ask your own question.