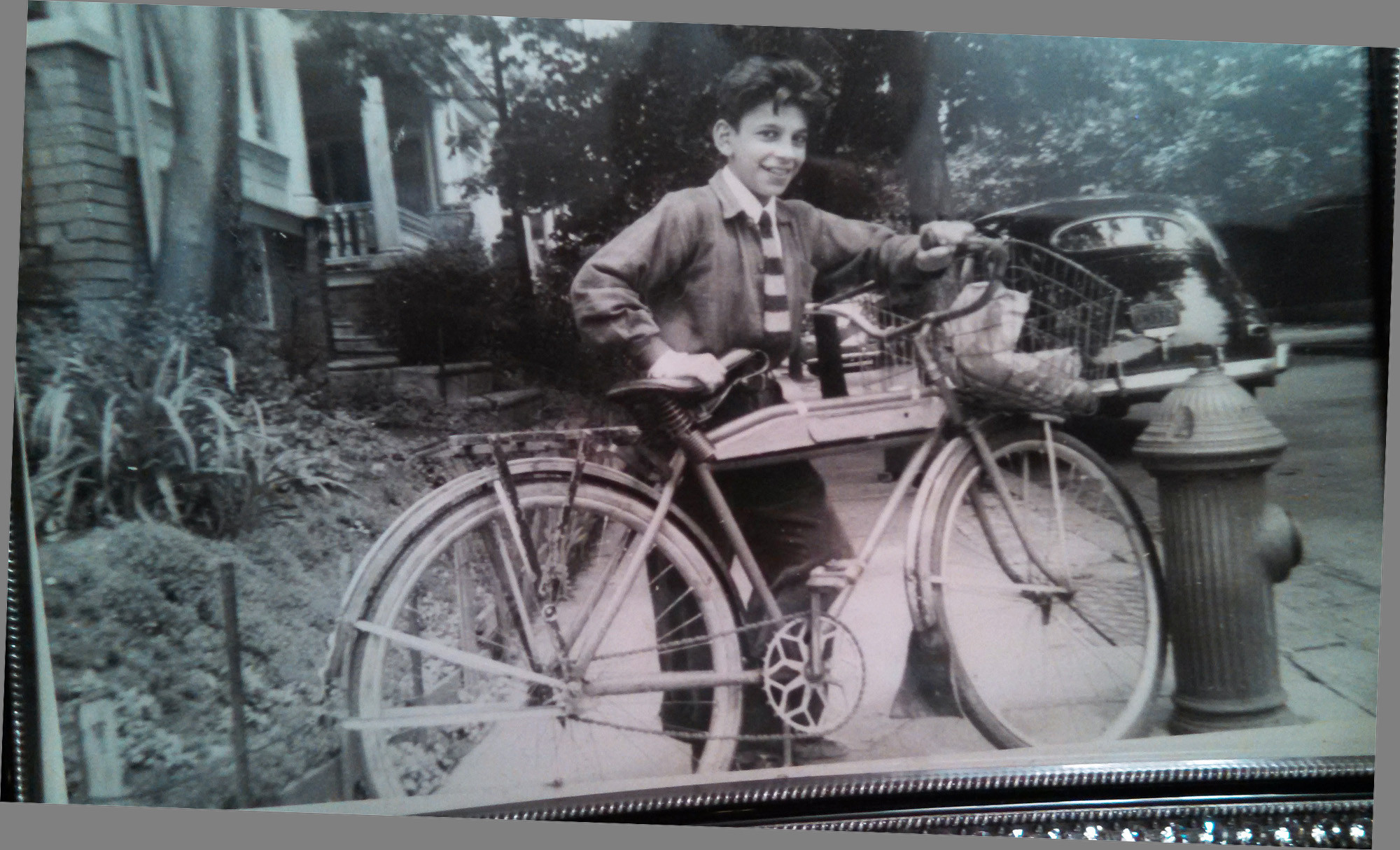 hello, Any info on this bicycle, it make, model and possible year. The young man was born in 1931

This style of bicycle was extremely common in this time period. There are no visible unique identifiers in the photo. Given that there were many manufacturers at the time, and even the major manufacturers (Columbia, Raleigh, Schwinn, etc.) or distributors (like Montgomery Ward) did not leave definitive identifying photos or descriptions of their bicycles, I am quite sure that this is an impossible task. I'm sorry, I know that is not what you want to hear, but I don't think you will get a better answer. It COULD be a Montgomery Ward bicycle, or an Elgin, or a Columbia, or a Colson, etc. It is not a Raleigh, nor is it a Schwinn. But even using the negative research method - what it is NOT - will not tell what it is. Unfortunately there were a lot of smaller manufacturers around then. For instance, look at this Colson: 1930's Colson. The top tubes and tank on the frame are similar, but note that the saddle appears different, as does the chainring. Pay special attention to the chainring when trying to identify a bike from this time period. They were made of stamped steel, and were frequently designed with a manufacturer specific cutout pattern. Examples are Raleigh's heron designs, Hercules "H", etc.

A good place for some beginning research is Dave's Vintage Bicycles.

However, using what you have found - that you think it might be a Hawthorn, and this page on Dave's Vintage Bicycles, we can see that the chainring cutouts match between the two photos. I think this is about as good as it gets when identifying old bikes like this! The handlebars are different, but that could have been a simple change from one year's offering to the next.

2
Vintage 70's Bike info?
3
Identify my Motobécane racing bike
2
Information on Peugeot Anjou model?
5
How could I find out about my bicycle brand/model?
0
Does anyone know what make and model this bike is? Production year?
1
Cito bicycle history / old steel bike identification
1
Help identifying bike model and worth