Is any major manufacturer working on a 12 speed group?

So, 11 speed groups are great, but as everyone knows, they are old news and manufactures are constantly innovating and upgrading to sell "this year's" new parts.

11 speed has been around for a while now and I was wondering if any of the big names are developing a 12 speed group? Are there any freehubs that could support this?

Personally, I wouldn't rush out to but one but it seems inevitable.

Cannondale with it's new Boost 148mm rear spacing standard could fit some more gears theoretically without making the chain thinner.

But the real question is if more gears are actually needed. What really matters is the cassette range which is determined by the smallest and biggest cog wheels.

Now we have the smallest cog with 10 teeth, and there was a 9T-36T Microdrive cassette from Canfield Brothers, but it's discontinued because the torque transfer on such small sprocket size is very inefficient. So I doubt we will see 9T as the smallest cog.

There could be a bigger cog-wheel added though, for example 44T Sprocket which OneUp already offers as a replacement for 42T one. Such 12-speed cassette would be heavy, even 11-speed cassettes are heavy. Even with 44T as the biggest sprocket I feel like 11-speeds are enough for smooth shifting transitions. I don't think 12-speeds are needed. Maybe only for marketing purposes..So it's possible some brand is secretly working on 12-speed setup.

Edit: Yeah so it seems the 10-42 gears are not enough so here we have the SRAM 12-speed Eagle drivetrain (rumored): 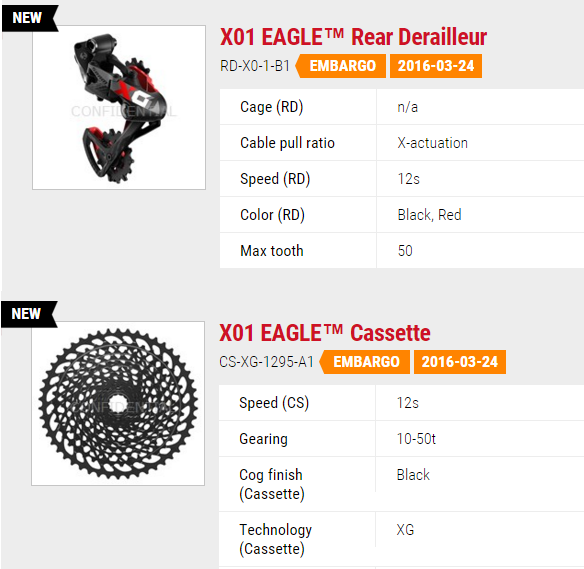 And shimano is not behind, there will be a 12-speed XTR too (picture from BikeRadar article - not real): 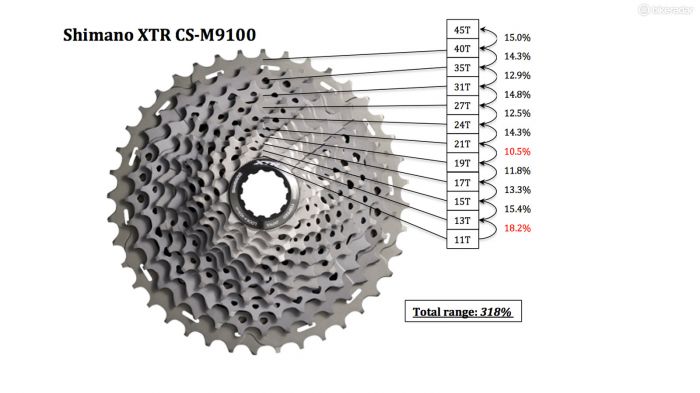 Soon we will wrap the chain around the tire:)

What actually could be the next thing and what we know manufacturers are working on:

So this is hopefully what will come in near future to the mainstream. It will change the game and shifting so much, that I think we won't look on shifting the same. Thinking about 12-speed cassette might be the same thing as thinking about larger rim-brakes when disc brakes debuted.

Without any inside information into the R&D efforts of Shimano, SRAM or Campagnolo, it's pure speculation at best. I assume that they are looking at the idea of 12-speed, but it'll probably be close to 10 years until we see it (9 to 10 speed took ~7 years; 10 to 11 speed took ~9 years), especially with all the focus on electronic gruppos at the moment.

Same answer in regards to the freewheel standards...it's impossible to say, since 12 speed hasn't even come out yet.

Bottom line: it's hard to know for sure, but it's believable that they (the big three) would be developing 12 speed.

Probably they already have working prototypes, but the bigger question is will a narrower chain be able to flex in the max/min position. Currently on 11 speeds on the lowest gear (back) and the highest gear (front) the chain is under a steep angle. And this affects the wear of the chainrings the chain and causes noise. Maybe a new chain type/technology is needed to solve this problem first.

Not the answer you're looking for? Browse other questions tagged road-bike groupsets or ask your own question.

2
Can I replace my Shimano RX 100 with a Campagnolo group?
2
Shimano Dura Ace FC7900 crankset with 11 speed group?
3
Replacing entire group - need new hubs?
1
Group Set Swap, Tourney to Claris
0
Comparing different year group-sets
0
What should I look for when buying a new road group set?
0
How should I prioritize 2019 Allez upgrades?
0
Can I change out my 10-speed Ultegra 6600 group set with Mavic R-SYS wheels with a 12 speed?