Alert: this cassette conf cannot be used in all touring locations because of poor support. I use it only in 1st world countries.

The largest cog at the back is about 12-14cm. The length from hole-to-hole-opposite is about 10.5cm. The length between adjacent holes is about 7.86cm. The hole is the thing by which the cogs are attached to the bike and there are four holes. "Mega Drive Train" is written on the cog-thing. The derailleur-thing is LX Deore Shimano. I upgraded to a new chain PC-951 but it jumps a lot with cogs 2 and 3 (did not jump that much with the streched old chain). So I want to upgrade to new cogs/cassettes. The cog configuration is:

so how can I know which cassettes I can buy? I can find a variety of cassettes advertised for "11-32 cassette" but 26-48 returns none in eBay, perhaps a calculation err (any fast way to recheck?!). 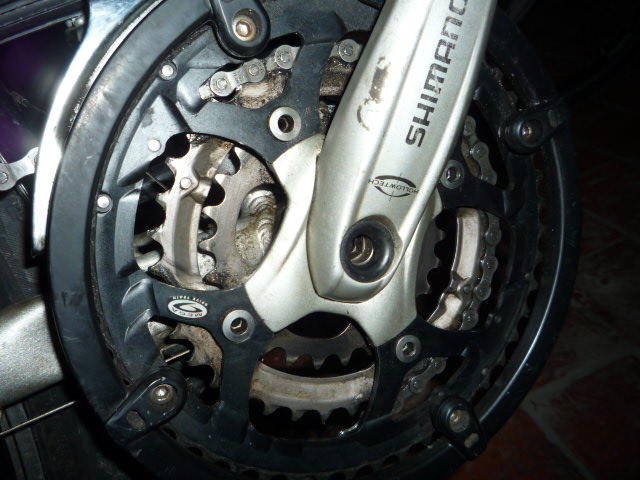 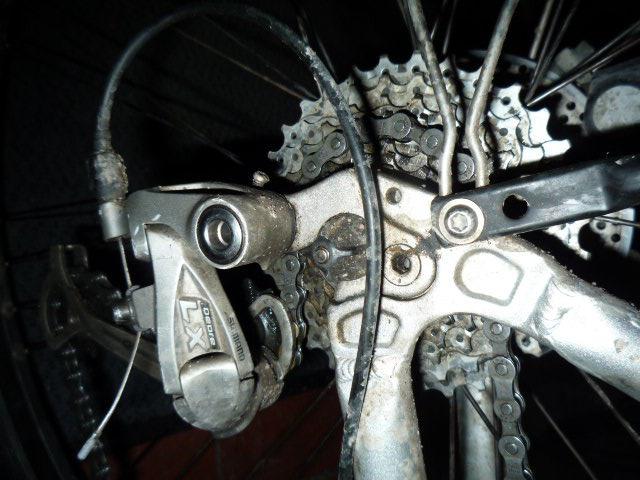 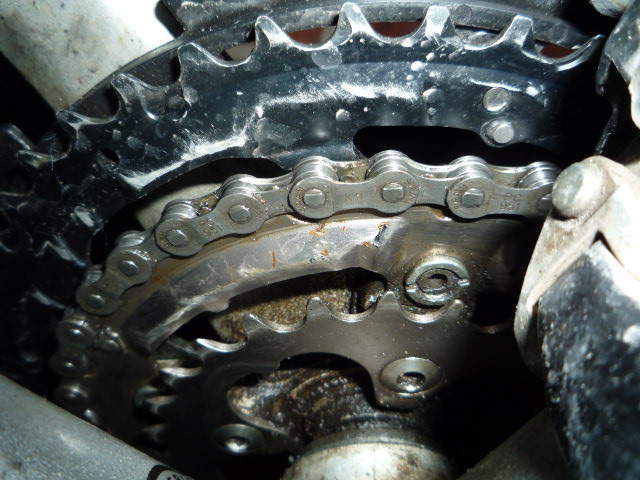 First, in the front they are called chainrings, god knows why they need to have a different name, but they do. The fronts can be sold as a set, but can just as easily be gotten individually. I actually purchased a 26T chainring in the front for something like $10. For chainrings you will need to know the diameter (in millimeters) of an imaginary circle that would pass through all the bolts that hold the ring on and also the number of bolts that hold it on. Often there is one diameter that holds that smallest ring and another that holds the two larger ones.

In the rear, you don't need to know the diameter, just the number of gears. Cassettes are often sold as a group and the two big names are SRAM and Shimano and for 9 speeds they are compatible with each other. At the small end of the cassette, your current setup is about as small as you will find (11T), but if you are wanting more climbing ability they make big cogs up to 36T (or bigger if you want custom). There is currently an option to go with 10 speeds but that will require replacing your entire drivetrain, not a cheap option.

Before you go replacing the chainrings, try the cassette first and see if that resolves you skipping issue.

8
What kinds of kickstands are good for touring?
9
Which endurance tires for touring?
2
Cheap energy sources for electronics during touring with low amount of sun energy?
8
Good pedal and shoe combination for summer touring
8
What are the widths of Shimano 8, 9, and 10 speed cassettes?
0
Triple chainring + nonstandard sloped cogset. Can this work?
5
Why do low-quality bikes have horizontal dropouts, even though they aren't fixed speed?
5
Help me understand my 8-speed uniglide compatibility issue
0
New bike for commuting and touring