When to change derailleur pulleys?

The diameters of the pulleys in the picture are about 3.6cm above and about 4.0cm below. They seem like the products here. Cannot find the specs of the original ones to compare, yet. 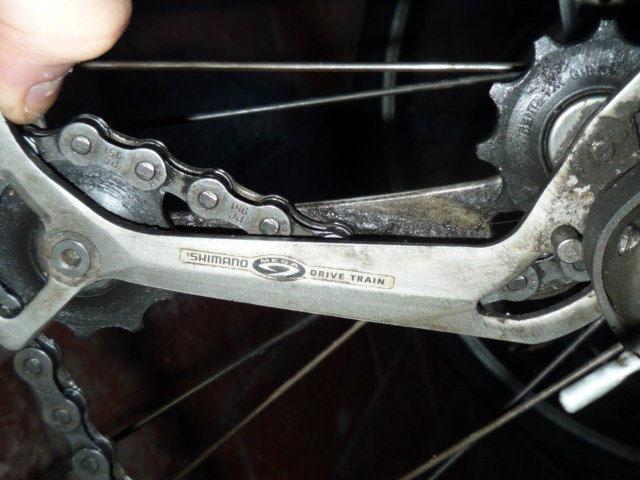 Worn derailleur pulleys (also known as "jockey wheels") will not cause excessive wear on a chain because they aren't made of metal.

Eventually, though, the bushings inside will become worn and the outer teeth will wear down. Park illustrates the latter progression in their article on rear derailleur overhaul.

As with many things in bicycle maintenance the only objective metric for replacing something is that it no longer works satisfactorily. Their failure mode might best be described as gradual rather than catastrophic. If the pulley bushing doesn't have much slop in it and the teeth are still capable of guiding the chain effectively it's almost certainly fine. If the rest of the drivetrain is in new condition and there are still issues with shifting it's probably worth giving them a look.

As far as the practical matter of replacing them goes, in my experience for the most part you need to find the manufacturer specification to track down compatible replacements.

Another failure mode of a pulley is that it seizes and stops turning. That happened to me at about 10,000 miles / 2 years. The failure was actually quite abrupt. All had been well pretty much forever, and then an odd noise as the chain slid over the seized pulley wheel and it resumed turning. Then about 5 miles later total failure. Tip: I removed the seized pulley, disassembled it, found that several ball bearings were missing and those that left weren't in good shape. So I took the balls out, re-assembled the pulley wheel with lots of chain lube, and rode it 8 miles home as if it was a plain bearing. Lesson learned: I now carry a spare pulley wheel.

22
Does this chainring need to be replaced?
8
Can I fit a cassette with a larger range with my Shimano Tiagra 10-speed ( GS-4600) derailleur?
4
change derailleur and shifter in an old road bike reconverted to hybrid
1
My front deraileur needs adjustment after every ride
5
Replace rear deraileur without breaking the chain
5
Problems with front derailleur shifting on an inexpensive bike
7
Effects of jockey wheel sizes & types
3
Chain falls off upper pulley when backpedalling
4
Pulley for 10 Gear Derailleur for 9 Gear Chain
3
Chain skipping on upper pulley of rear derailleur