The brake levers on the bike for my son are too far apart for him to grab comfortably; can the lever be changed to adjust for his smaller hands? His bike is a Magna Hardtail with a linear pull system. I understand that I can replace them with short pull brake levers. What do you recommend?

If you have a linear pull system (i.e. V-brakes), you need to have a long pull lever (*). V-brakes look like this: 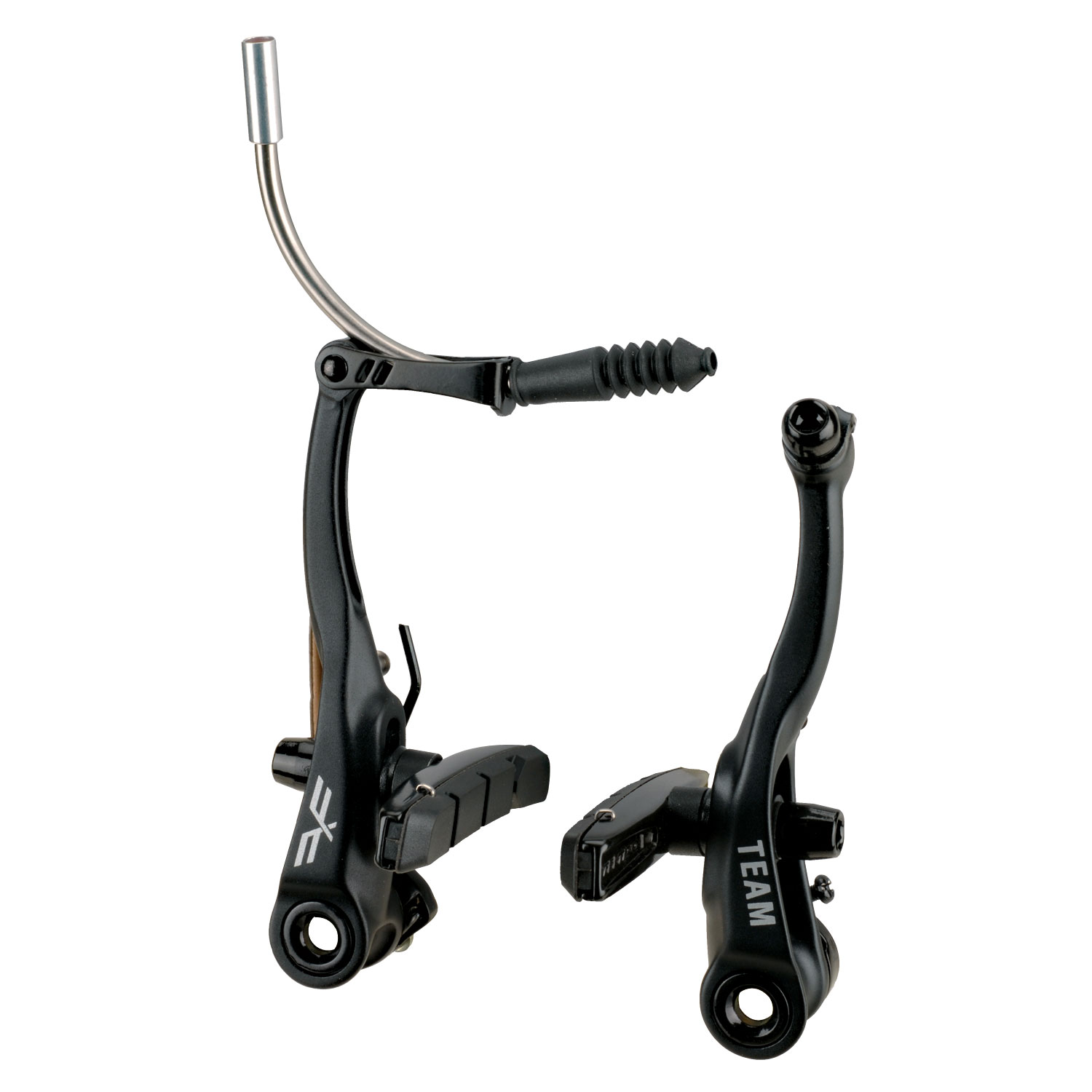 If you need kids brakes, you're likely going to have to look in the parts bin at your bike shop or something. Specialized lists the hotrock 24 being spec'd with some Tektro levers, but I don't see anything specially made for kids on the tektro site.

You can try unbolting the existing brake levers at the clamp to the handlebars and changing their positions along the bar along with their angle (as well as possibly the handlebar's angle). As pointed out by mikes in the comments: "There may be a small set screw on the lever frame. It is near the cable entry point. By screwing in the screw you shorten the amount of throw the lever has. It brings the "start "or "at rest" point closer to the hand grip." This screw is known as the reach adjustment screw (or by some similar name).

An image from park tool: 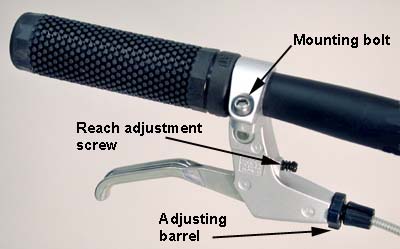 (*) I recognize there are mini-v brakes (which are V-brakes which need short pull levers), but I seriously doubt you'd find one on a BSO like a Magna.

Not the answer you're looking for? Browse other questions tagged brake-levers or ask your own question.

0
How to measure handlebar? pls

9
What is the actual cable pull of brake levers?
0
Can you brake and operate gears at the same time with MTB Dual Control levers?
1
Connect Trekking Bike Brakes to Road Bike Lever
3
Flat handlebar caliper brake compatibility
7
How to improve braking with hands on hoods?
5
Can I use V brake levers for U brakes (side pull calipers)?
0
Why is it not recommend to put V brake levers on cantilever brakes?
7
Hydraulic brake lever doesn't return after being released, dependent on weather