It's summer now and it's hot. The way to my office is up-hill (half of the way is off-road). With my health it's not a good idea to work hard physically in such whether. And there is no shower in office. So could you please describe main criteria of choosing a bicycle that allows getting up-hill with less effort? I mean the tradeoff between speed and force - I want to reduce force. I would appreciate two options (without engine): less and more expensive.

Uphill - gears and weight. Extending the lowest gear range till its faster and easier to walk and push the bike is cheap and easy and would be the first thing on my list to do.

Cutting down weight (of the bike) is an has an exponential cost/gram relationship - you quickly get from $1/gram to $100/gram. Cutting your weight does not require the cash, and in most people cases a very effective way to gain speed uphill. (Shaving 5kg off a bike will cost $1000's, even if possible, many people can afford to loose twice that).

Although you said no engine, in your situation (hot, uphill, no shower at end, health concerns) a pedal assist electric bike would be a very effective way to achieve your apparent aim. Would you be prepared to rethink that position and consider an eBike?

As a practical matter you really have only two options:

A lighter bike will NOT make a big difference. If anyone cares to argue this consider the following: The average bike at the 1982 Tour de France weighed ~21 pounds. The average bike at the 2012 Tour de France weighed just over 15 pounds. That's a more than 25% reduction in weight. Despite this drop in weight (and MANY other technical improvements to the bike) the average speed of the 2012 Tour was only 4% faster (and the Tour was shorter in 2012). Keep in mind this is with the fittest riders on the planet. You can cut the weight of your bike in half but you'll only net a performance increase in the single digits.

Dropping the range of your gears is a relatively inexpensive approach. Even if you purchased new derailleurs, chainrings and gears you'll still spend less than what it would take to buy a new bike. The downside? Well you still have to pedal. You'll be expending less effort which helps you from arriving at the office a sweaty mess but you'll also be taking even longer to get there.

E-bikes are great. You can ride up all but the steepest of hills with very little effort. Riding to work without breaking a sweat is definitely a reality. I'll admit that as a road rider of 35+ years I cringed when I first saw e-bikes but then I got to borrow one for a couple of weeks. It's a game changer, pure and simple. My commute home involves a gradual, mile long climb. Most days I get home I'm pretty sweaty and tired when I get home. On the e-bike I completed the same ride in less time and never broke a sweat. I've also seen moms pedaling uphill on cargo bikes carrying two children without breaking a sweat AND they're keeping up with solo riders on conventional bikes! The other area where e-bikes are pretty awesome is stop and go traffic. Getting back up to cruising speed with a push from the motor is less taxing than relying on pedal power alone. On downhills and flats the e-bike makes little difference as the motors essentially top out at 20mph. The motors on e-bikes are really intended more as a supplement to pedal power, not a replacement. They're not electric scooters as some people seem to think (some designs won't even work unless you're pedaling).

Downsides? Well the big one is cost. E-bikes currently cost several hundred dollars more than an unpowered bike. The price will come down somewhat over time but they'll likely never drop to the same price as an unpowered bike and I doubt they'll drop that much very soon because there is currently a big shortage in battery production capacity. However, look at it this way: let's say having an e-bike means you now bike to work instead of driving. That could mean reducing the amount of miles you drive by 50%. How much does half of a car cost? Probably a lot more than the price of an e-bike. Always struck me as odd that people won't think twice at dropping $20k+ on a car to drive to work but won't consider spending more than $1k to buy a bike to perform the exact same trip.

The other downside is that while e-bikes are great for commuting and running errands they're really not a lot of fun to ride recreationally. I may buy an e-bike for commuting but it would never replace my road bike for recreational riding.

What you want to look at is the gearing. Let's consider a regular derailleur-based bicycle such as this (source): 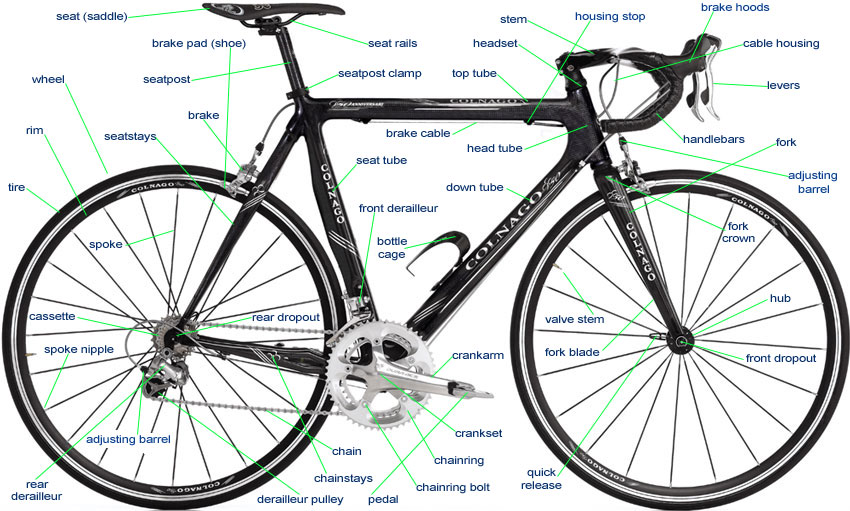 Generally the cassette these days has 7-11 gears and you have a double or triple chainring configuration.

If you want to deal with hills, you'll want a wide range of gear ratios. This can be achieved with a compact double (50t/34t) or triple in the front, and a cassette with a decent range in the back. Generally, the type of bike will also change the type of gearing available -- mountain bikes will have very low gear ratios but no high ratios since they don't cruise along at high speed. Road racers intended for flat use will normally have high gear ratios and not many low ratios. Hybrids and touring bikes will have something in the middle.

You can change the available ratios by putting on a different cassette (which may involve a new chain and rear derailleur depending on the length of the chain and derailleur capacity) or by replacing chainrings (but this is harder, and may require front derailleur changes as well).

More importantly, you need to learn how to select the right gear and keep a high enough cadence (rate of pedaling) -- usually around 80 rpm. This comes with practice.

I suggest going to a local bike shop (LBS) and asking them about bikes which would work well for your physical fitness and commute. We don't know how bad your health is or the type of terrain you're crossing, which would determine the appropriate gearing. Also, you may want clearance for bigger tires and other things if you're doing some off roading.

You didn't specify how long is your ride. But if half the route is off-road, then I would suggest a hard-tailed mountain bike with a triple front chain ring. The mountain bike will typically be geared lower than a road bike, and thus be easier for the hill climbs, while also having better agility in the dirt. The alternative is to get a hybrid with a bit wider tires (i.e. 700x35). Given you don't have a shower, I still presume you have bathroom or office you can change in. Dress for the second 15 minutes of the ride, and bring your work clothes in backpack, and bring a small towel to dry yourself. After getting to work, cool off first for about 10 minutes before changing. Baby wipes can also help.

Not the answer you're looking for? Browse other questions tagged hills or ask your own question.