I purchased a set of used clipless pedals. They are somewhat unique in that they do not use a spring mechanism, but instead have a rubber block / set screw to provide tension. The problem is even with the screw completely backed out, the pedals are still nearly impossible to get out of (I've actually had to remove the shoe because I couldn't unclip). I'd like to replace the rubber (I read that this was a problem with some Onzo pedals with a similar design), but I don't know the brand. The dust caps just say 'CM'. 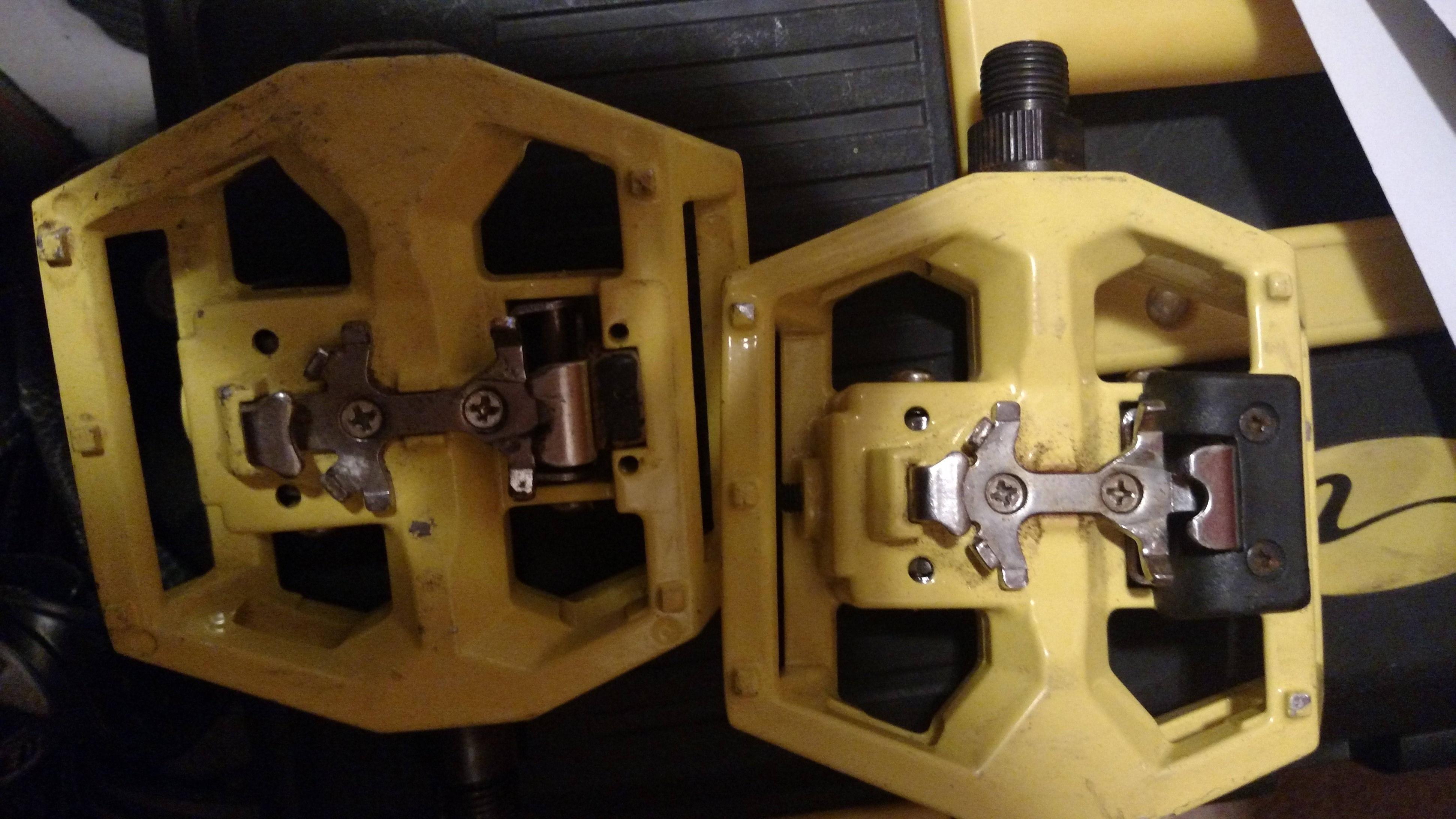 Can anyone identify the brand, maker or supplier for me?

Check you cleats - if they are single release, I would replace them with multi release as a first step. You may end up needing to try several different cleats, so a trip to the LBS might be the quickest way to find something that works.

Wellgo also do cleats that some claim are Shimano compatible, but other's say can be hard to get out of some Shimano pedals. They come in 98A (common), 99A and also I have seen a TB51A (but its not in the catalogue). Crank Bros and Richey have cleats that look similar, no idea about compatibility.

Not the answer you're looking for? Browse other questions tagged clipless pedals-clipless or ask your own question.