I have an old rear wheel - I think its from a Raleigh Arena roadbike from the late 70s or early 80s. There are broken spokes that require the sprockets removed to access. I've done this plenty of times on 26" MTB type wheels.

This bike has me stuck - its a 6 speed and I cannot get the freewheel off. 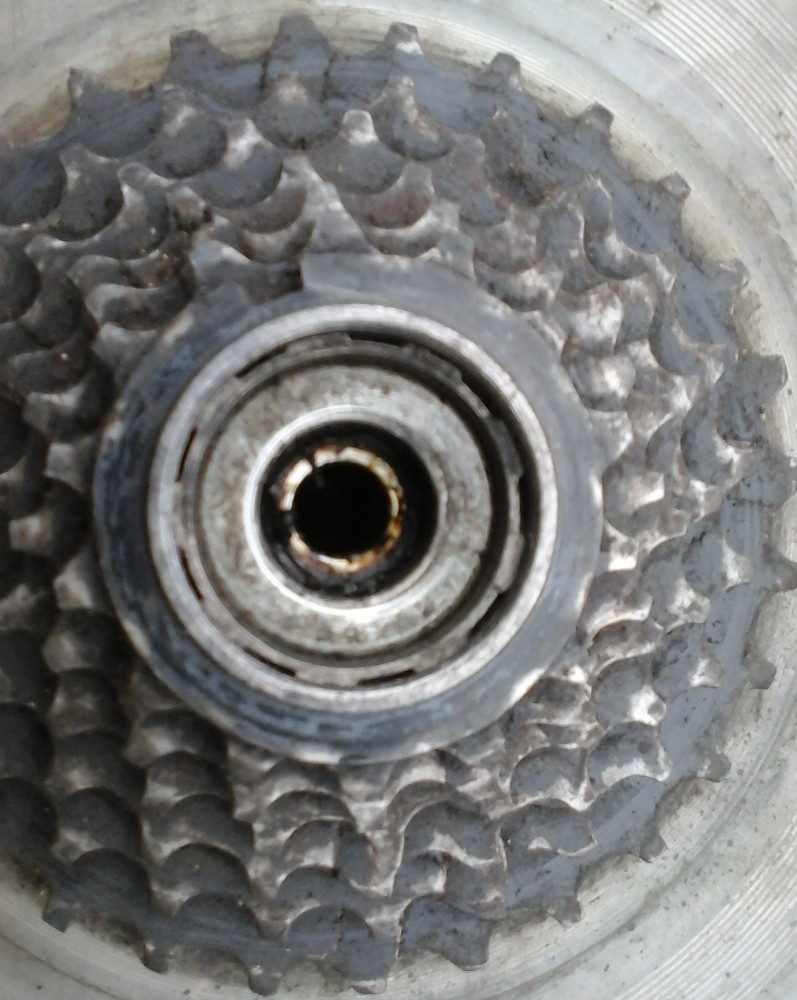 Here's the first shot, after the axle and ball bearings were removed but with the lock ring and dust shield in place. 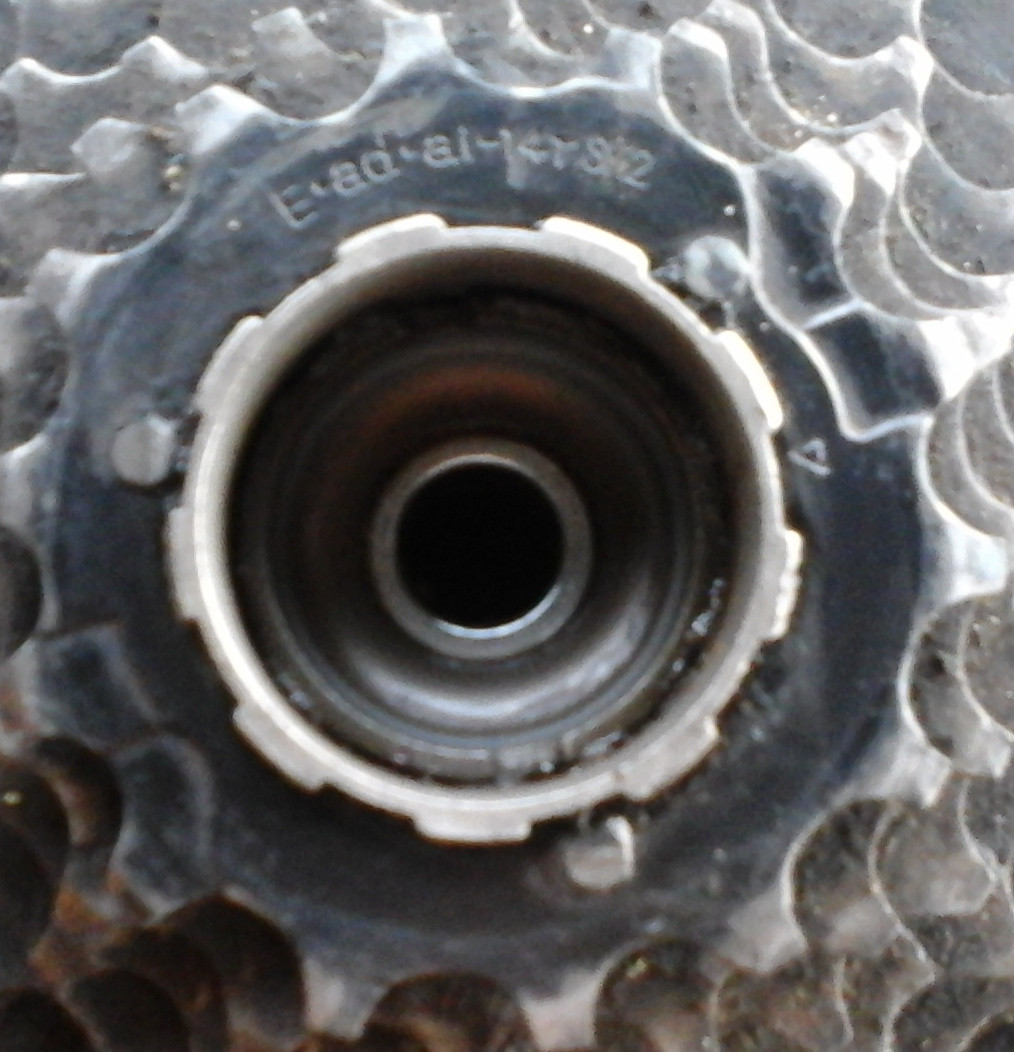 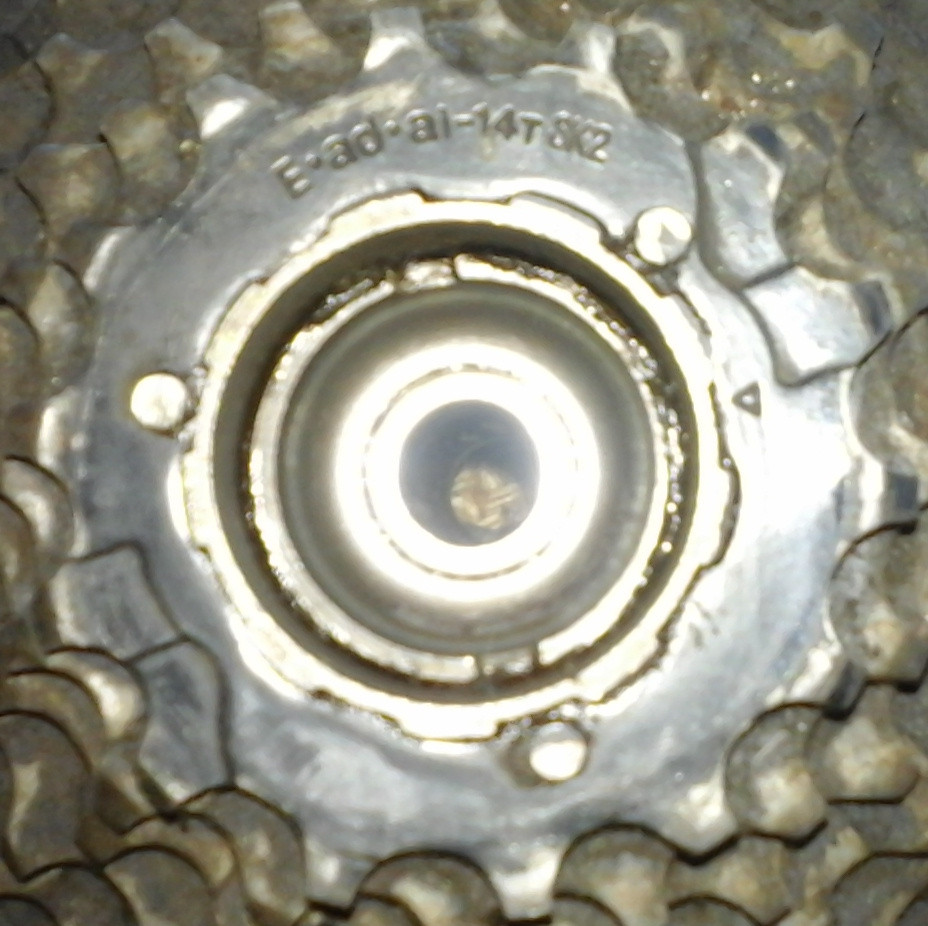 I used a "hook" tool to unscrew the lockring - it was a standard righthand thread. The dust cover responded to a screwdriver so I gently levered it out without bending it.

So my question is - do I continue using chain whips to try and unscrew each sprocket, or do I try and snag something into those two slots in the side of the bearing cup, or are those 9 tiny little slots where some special tool should engage?

It seems like the first question to answer here is: freewheel vs. cassette. The, assumed, age of the wheel and being a 6-speed does suggest that it's a freewheel. However, even if it is an original wheel from the late '70s it is not out of the question that it could be a cassette (at least according to Wikipedia).

Looking at the parts, I see several clues that make me think cassette:

Sheldon Brown has a page called Freewheel or Cassette that may help. The biggest differentiator that he mentions is that:

He also mentions that many cassette hubs have a distinctive bulge, like the one on the image below, on the cassette side of the hub. Sheldon says that if it is there you almost certainly have a freehub, but that the absence of a bulge is not a definitive sign of a freewheel. 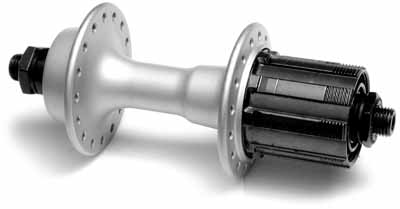 Once you know what you've got you'll know if the the strategy is to unthread the freewheel body or to find a way to loosen and lift off the cassette. It is possible that the cassette has worn into the freehub body, like this image from Sheldon: 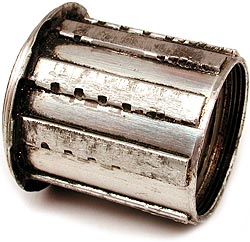 and will need some fiddling to remove. This article and video may help.

It is a Shimano uniglide cassette.

I think your best bet is to go visit your local shop and ask them to remove it. Many freewheels look similar to cassettes when disassembled. They drive in a similar method with indexed notches to align the different sprockets. I believe yours is a freewheel. The lock ring threads being on the outside are one hint it may be a freewheel. As such there are a myriad of tools that fit different brands and models. Any tool you order unseen will at best be a guess that it is the correct one. The notch dimensions and I.D. can be difficult to measure. If you are the "need a new tool" kind of guy ask the shop to find the correct tool and buy it from them

It's a Shimano UG cassette and is not compatible with modern parts. You need a new hub or wheel, I'm afraid. Shimano stopped making parts for these in the 1980s.

Found the solution. Heres how you remove it:

Not the answer you're looking for? Browse other questions tagged road-bike maintenance freewheel or ask your own question.