Connect a classic raleigh dynamo hub to a lamp?

How do I connect a classic raleigh dynamo hub to a lamp please? 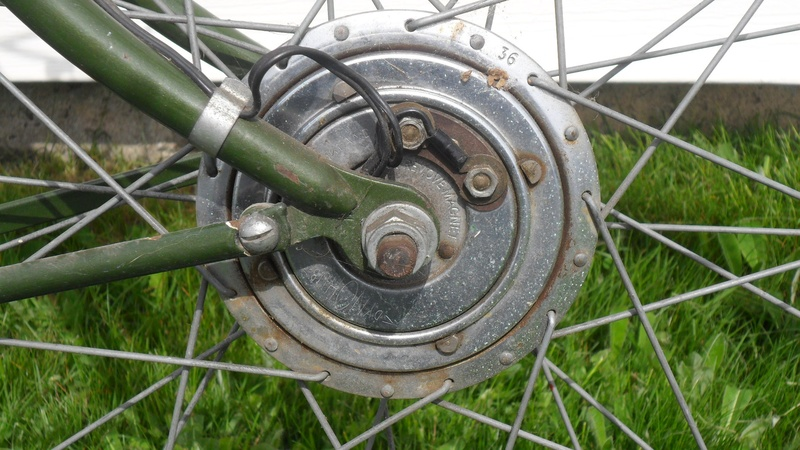 Modern lights run on 6 volts. The front light is 2.4 watts and the rear is 0.6 for a total generator output of 3.0 watts. The first thing to do would be to see if you have one wire connection or two. If you've only got one then the dynamo is probably built to use the frame of the bicycle as ground. If there are two then one is the hot wire and the other is ground. With older, halogen, bulbs the polarity (which wire on the dynamo you hook to which wire on the light) doesn't matter. Modern LED lights may care, so use a meter to figure out which wire is which – you may also be able to tell by looking carefully. The ground, or negative, wire is usually marked in some fashion. Typical markings are a white stripe or a ridge on the wire.

After sorting out the connections, you need to know the voltage. See if you can find a readable rating on the dynamo, or failing that put a meter on the outputs and spin the wheel – the voltage will probably vary with speed, but it shouldn't be too hard to tell if you're getting something close to 6 volts at normal speeds.

If you have 6 volts then you should be able to hook up a modern light. Just connect the wires (if there are two), paying attention to the polarity. If there is only one wire connect the positive from the light to it and the negative to the frame of the bicycle. If you connect a light and nothing happens, try reversing the wires it may be that you have the polarity backwards.

If the output of the dynamo is more than 6 volts, you have a different problem. Too high a voltage will damage the light. So if the voltage seems too high, start by connecting a light that works and spinning the wheel at a slow speed with a volt meter attached. Watch the meter as you spin the wheel. Sometimes a load on the generator will bring down the output voltage. Again at normal riding speed the dynamo output should be right around 6 volts.