What brand/year/make is this road bike?

This is a mystery frame that I got and built with a lot of spare parts I had. Can someone help we identify it? Also the rims are 700c. 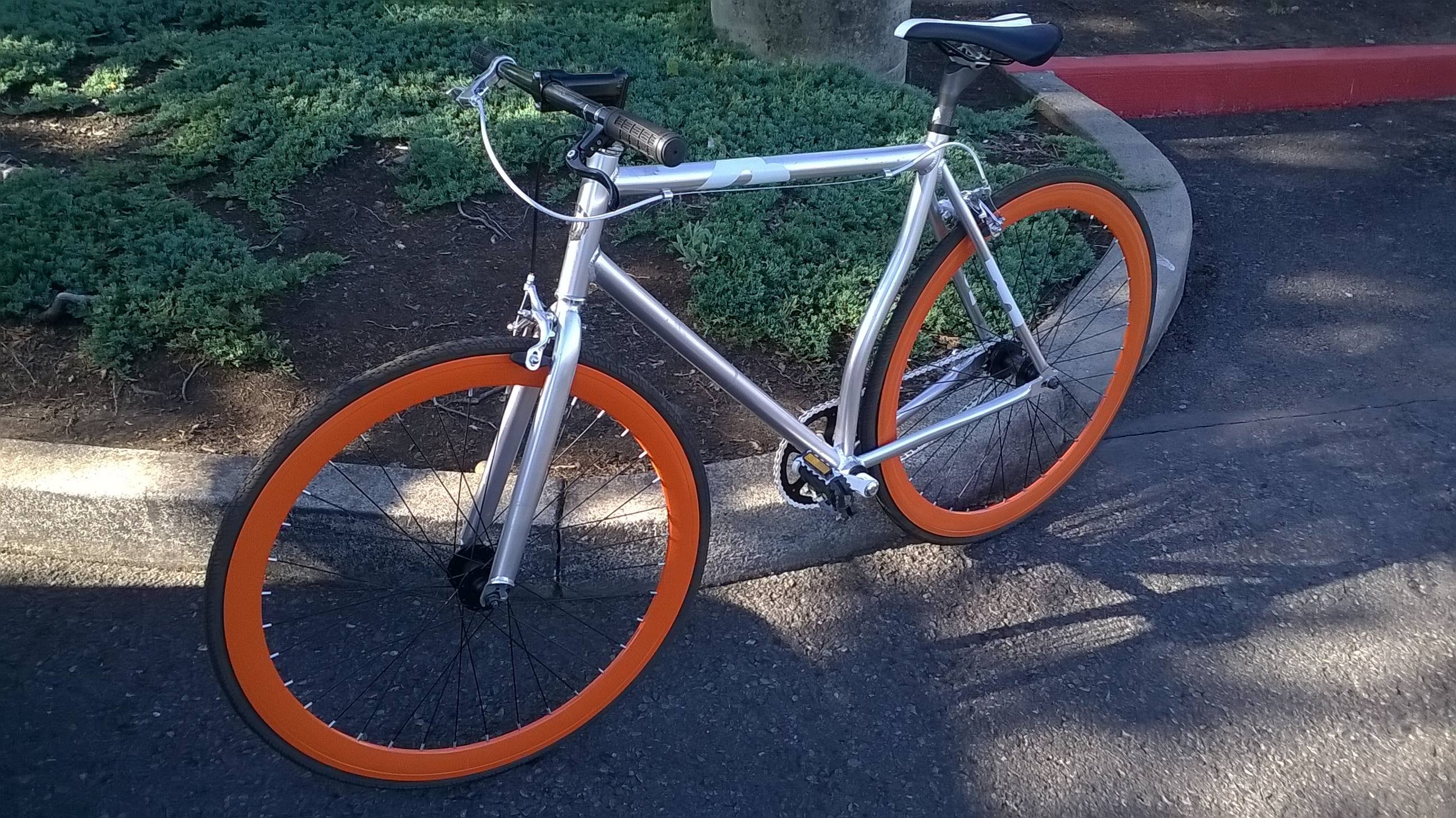 It's a Mongoose Detain frameset. Originally retailed for around 200 dollars at Walmart as a complete bike.

Comparing the op's frame to the one above it's clear they're not the same if only because the backwards circle has a double seatstay sort of thing. Anyway, the frame matches a google image search so I'm 99% sure I'm right

Looks like a Backward Circle Fixie. It seems the previous owner swapped out the tires/wheels, possibly painted it and/or added a decal, which to me, made it seem like a GT, but I'm not sure if GT even manufactures fixies. I didn't dig too deeply to find and snap this off the Web. The crook in the frame is unmistakable. 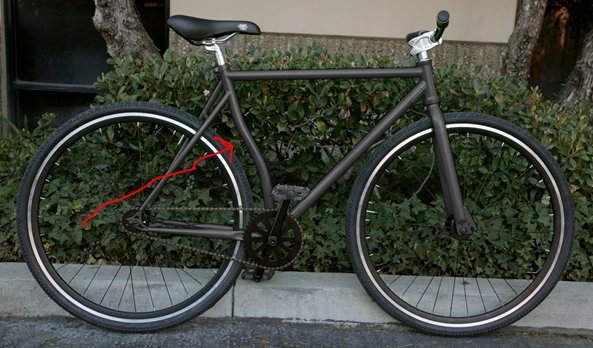 update to research the logo on the front in your pic is a dead-wringer for the logo on their site. if it's not a BC, then it is a damn-good knock-off (though I don't see the point in that crook other than aesthetic-value). plz note--detractors to my answer fail to explain the "Backwards" logo, seen on op's photograph -- if I am wrong, then someone went WAY overboard to make it LOOK like a BC (the logo is visible, as it is on most bikes in the front of the "handle" portion of the front-fork; just below the handlebar).

update to research pt. 2 "re-research" see comment (2) by ojd -- this crooked shanker design was apparently ripped off by other fixie manufacturers. Still I'm confident I've id'd this ride correctly., so I'm not changing/removing any portion of the answer, but I AM adding this notation; giving the writer credit and acknowledging that I might be wrong (sadly, it does happen sometimes).

OP - plz do inform us once you hammer this one down!